The 62nd prestigious music awards – Grammys, has raised the glamour quotient this year. The celebrities made a grand appearance in style.  To begin with, Lil Nas X, stole the show with his bright and electrifying pink Versace haute couture. He made a statement with his accessories and his matching hat. The singer has been nominated in three categories. While we were just getting over the stylish look by Lil Nas X, Billy Porter made a bold style statement in a shimmery blue dress which he paired with a matching tasselled hat. The performer w2as also seen wearing blue eye make-up and completed his look with a neck choker and a glitzy purse. 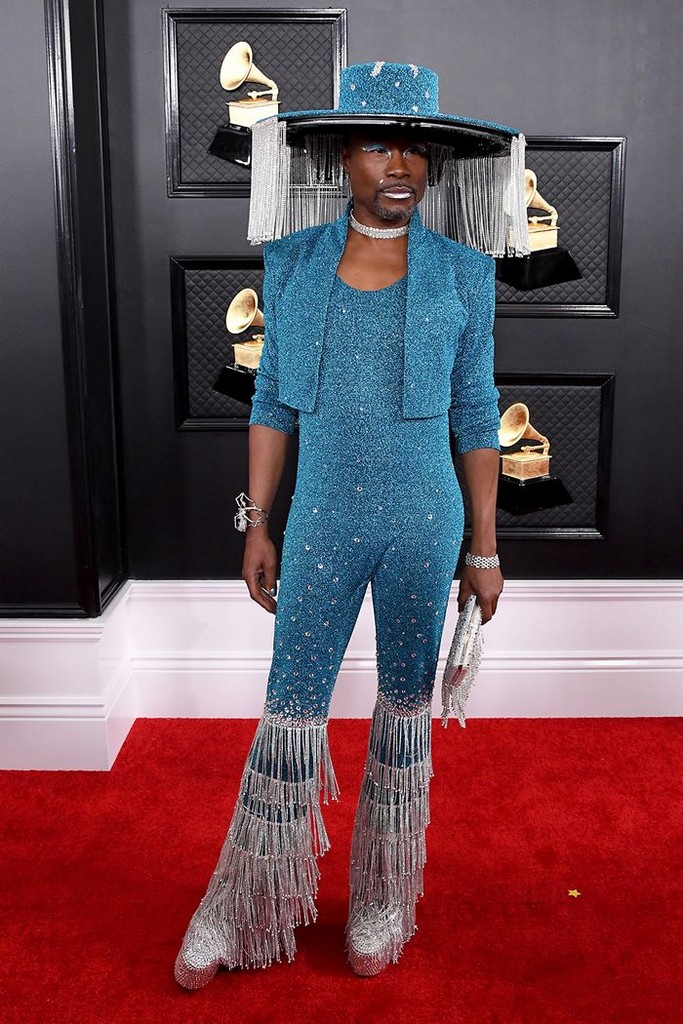 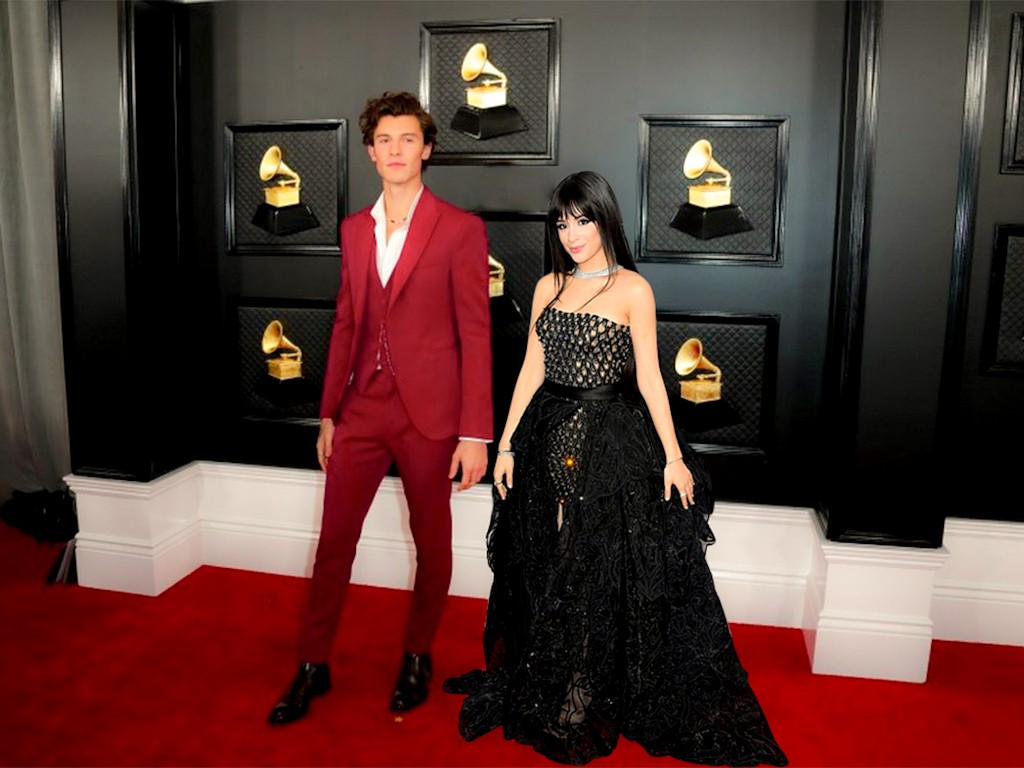 Billie Eilish who swept away four most important awards of the night stole the limelight. The 18-year-old singer who was a Grammy debut won six out of the seven awards she was nominated in. she won the Album of the year (“when we all fall asleep, where do we go?”, Song of the year (Bad Guy) and New Artist for the same. She was an eye-catcher as she adorned head to toe in Gucci and color coordinated her fluorescent green outfit to her hair, accessories and nail extensions. 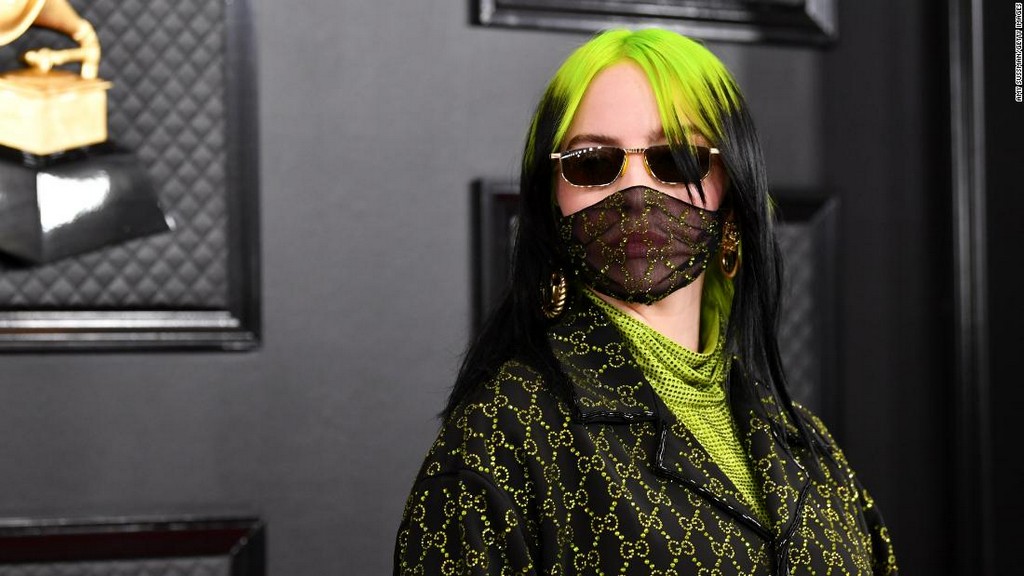 Most men chose to accessorise with their cow boy hats and bold dramatic head gears. Diplo and Orville Peck were two amongst the many who chose to wear the hat. Orville was spotted wearing a fringed mask. 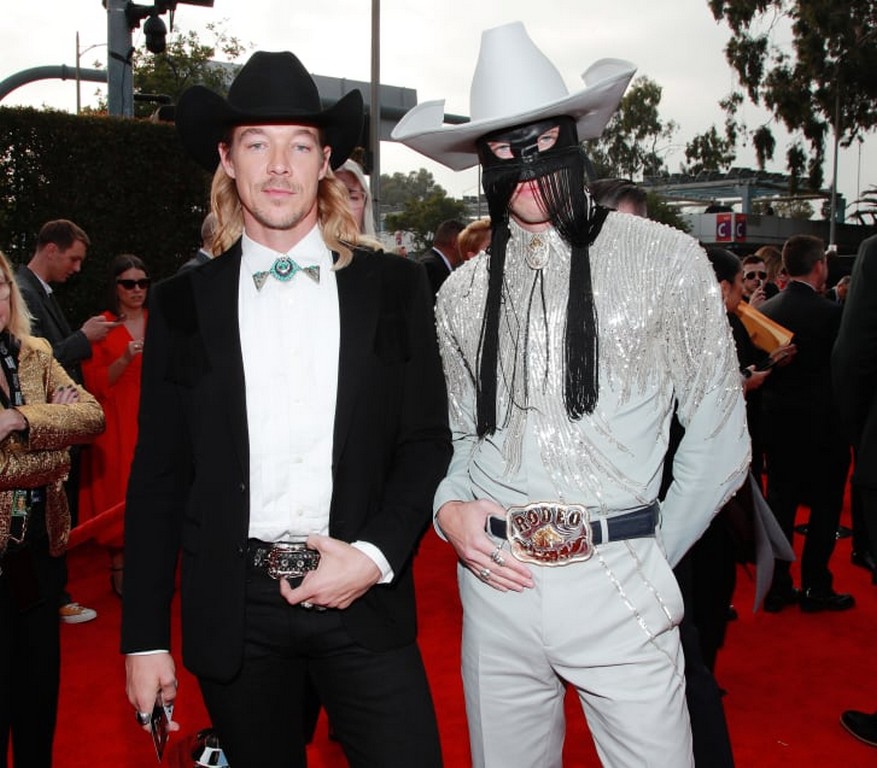 While Nick Jonas and Priyanka Chopra looked stunning as they walked hand in hand. Nick Jonas who performed wore a bronze-gold suit which he paired with a turtle neck and Priyanka Chopra on the other hand made a powerful sartorial statement. She slipped into a bold attire. She wore Ralph and Russo’s ivory silk crepe Kimono dress with a plunging neckline that extended up to her waist line. The diva looked like a Greek goddess with the embellished opal stones on her dress. She was a complete head-turner. 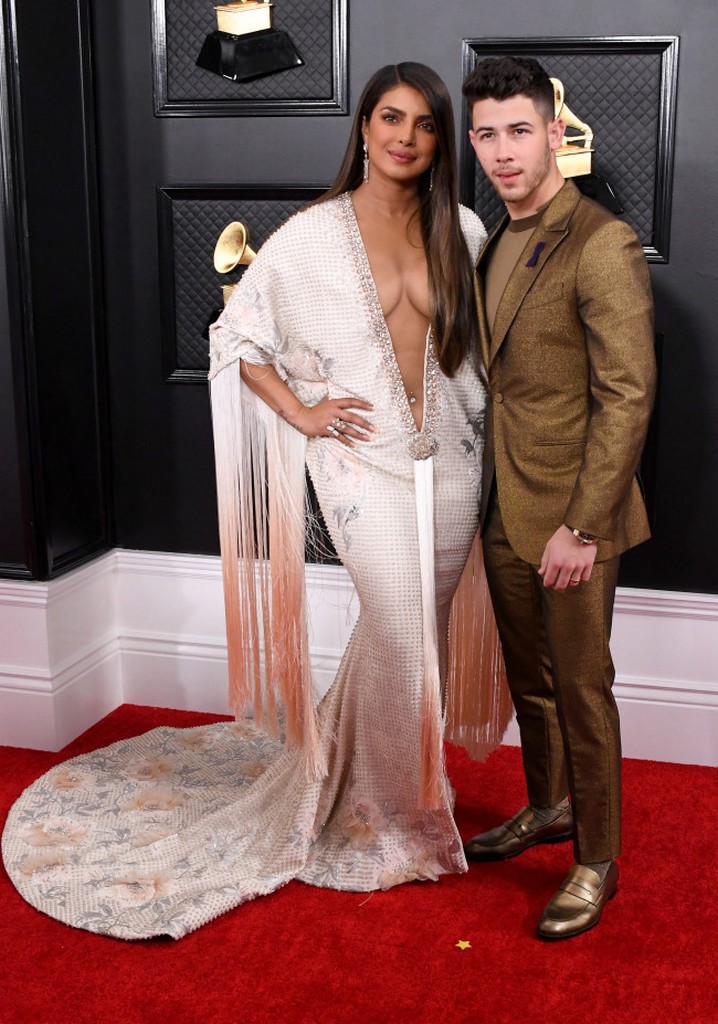 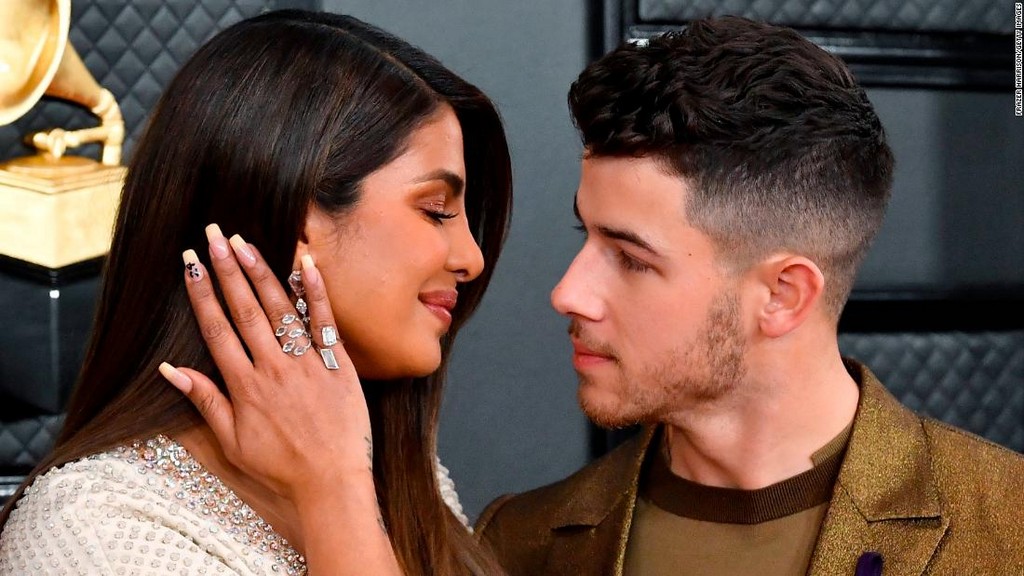