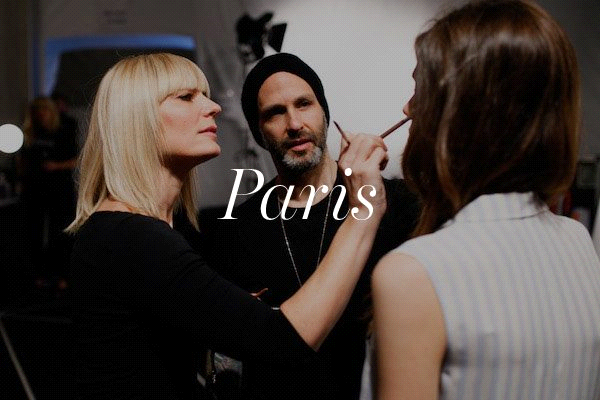 Paris, ‘THE CITY OF LOVE’ is not only known for its beauty, but it is also famous for its most happening event –  ‘The PARIS FASHION WEEK’. It is a part of the global ‘Big 4’ fashion weeks, the others being ‘LONDON FASHION WEEK’, ‘MILAN FASHION WEEK’ AND ‘NEW YORK FASHION WEEK’. The schedule begins with New York and ends in Paris. The Paris Fashion Week 2018 started from 24th September to 2nd October.

DIOR AND GUCCI GRABBED THE SPOTLIGHT ON 24TH SEPTEMBER PWF:

As expected the fame of spotlight was grabbed by Dior and Gucci on the very first day of PARIS FASHION WEEK.

Dior was no less than any theatrical event. The house enlisted the talents of choreographer Sharon Eyal for a sublime and balletic contemporary dance performance throughout the show. The program was held in Famed Long-champs Racecourse which is a very popular old 19th-century place.

The stage was set up with white petals, giving more beauty to the famous face models like Blake, Shailene and many more. 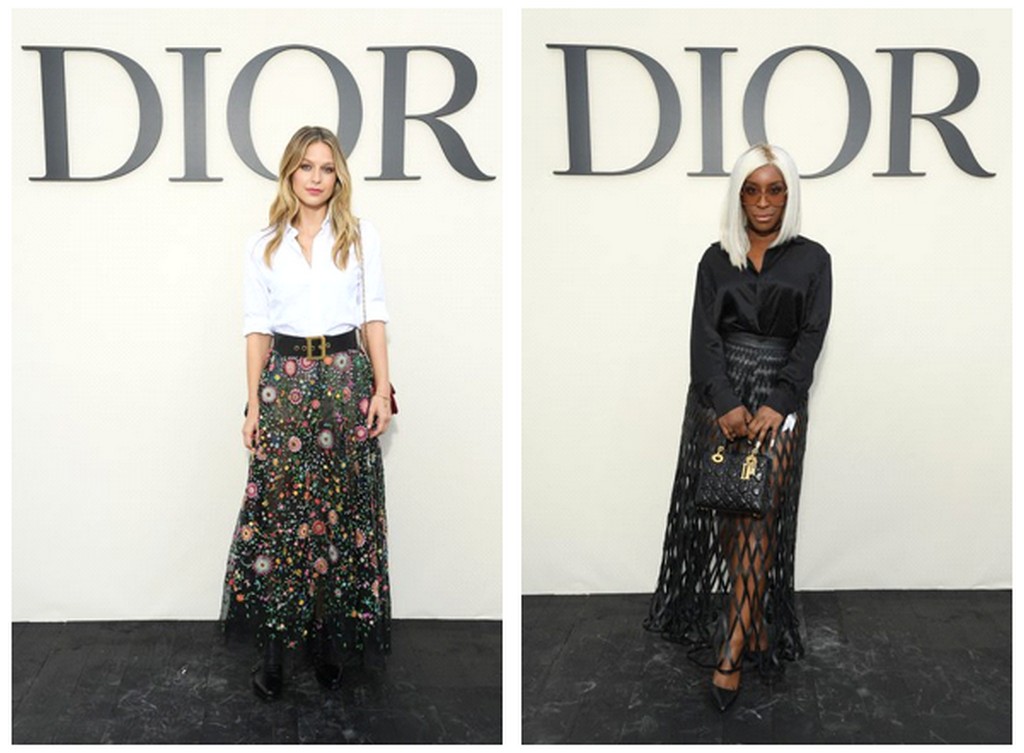 All the famous face of Hollywood were captured in the event of Dior. Blake, Shailene Woodley, Melissa Benoist, Jackie Aina and much more at the Paris Fashion Week Women’s-wear spring/summer collection.

The collection was infused with Diaphanous, tulle-rich gowns. The eye-catching event by Gucci that happened in the Studio 54, The Iconic Le Palace that inaugurated in 1978 by Grace Jones. 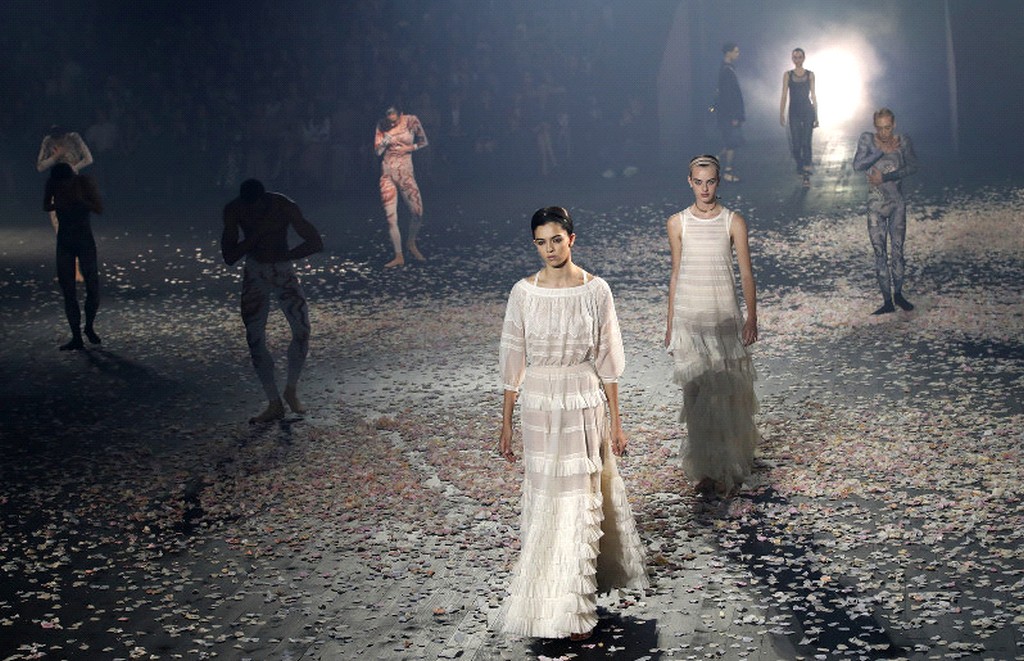 The opportunity to show in the legendary space wasn’t worthless by superlatively designer Alessandro Michele. The famous celebs like Salma Hayek and Jared Leto joined many more stars at Gucci’s Paris Show. 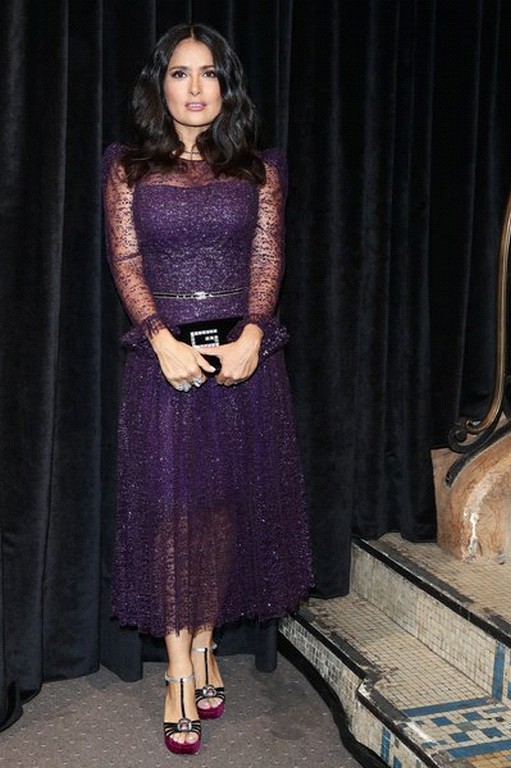 Salma Hayek leads the best dressed at Gucci. While on the one side Dior and Gucci were heating up the floor, the very another side the week was getting hotter with ready to wear street style collections. 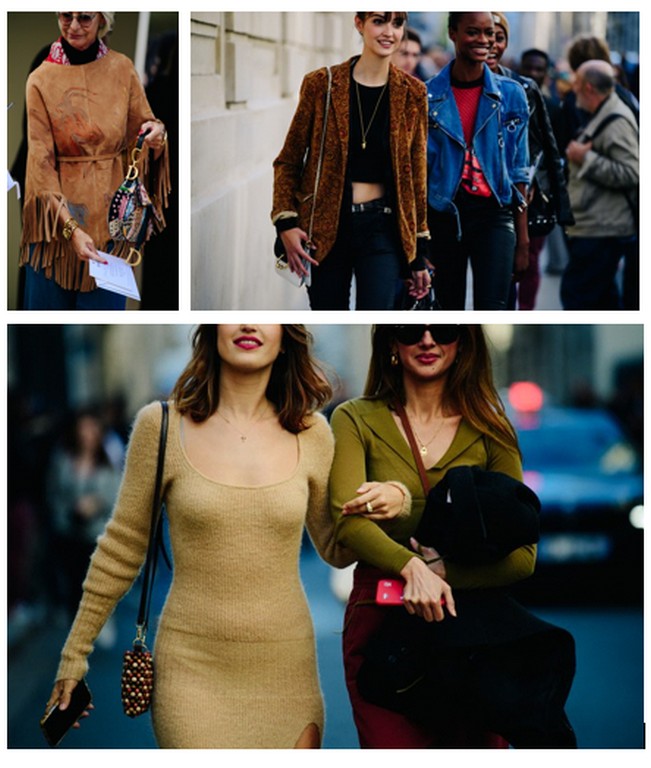 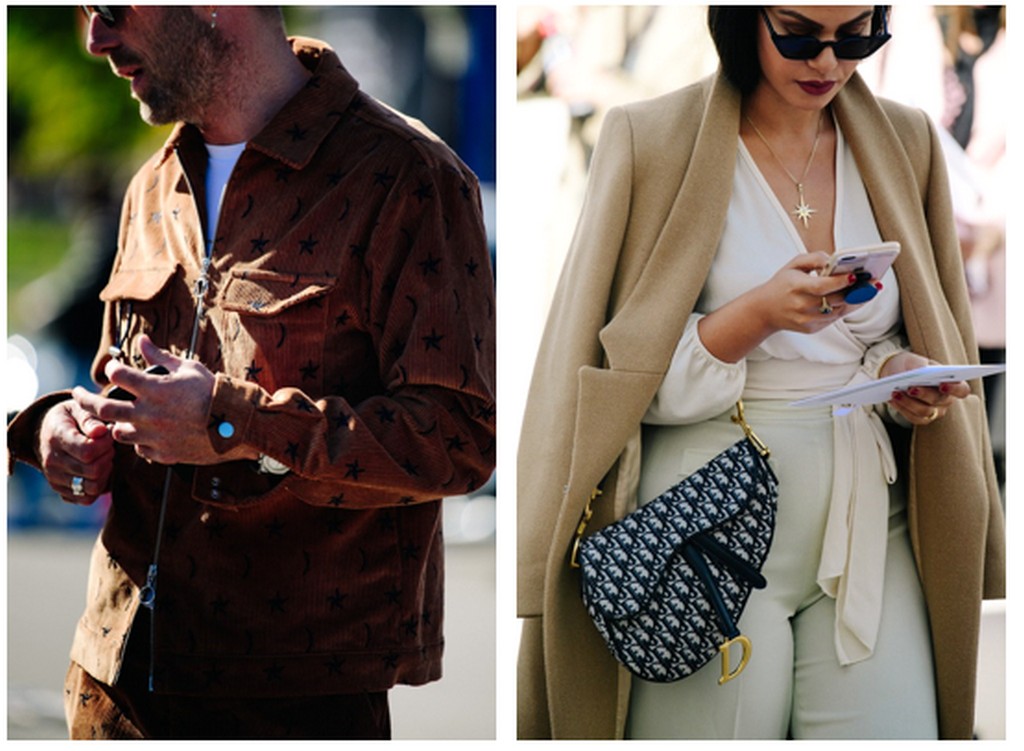 The shoot went on 24th September at the Paris Fashion Week and was captured by Adam Katz Sinding for W magazine. 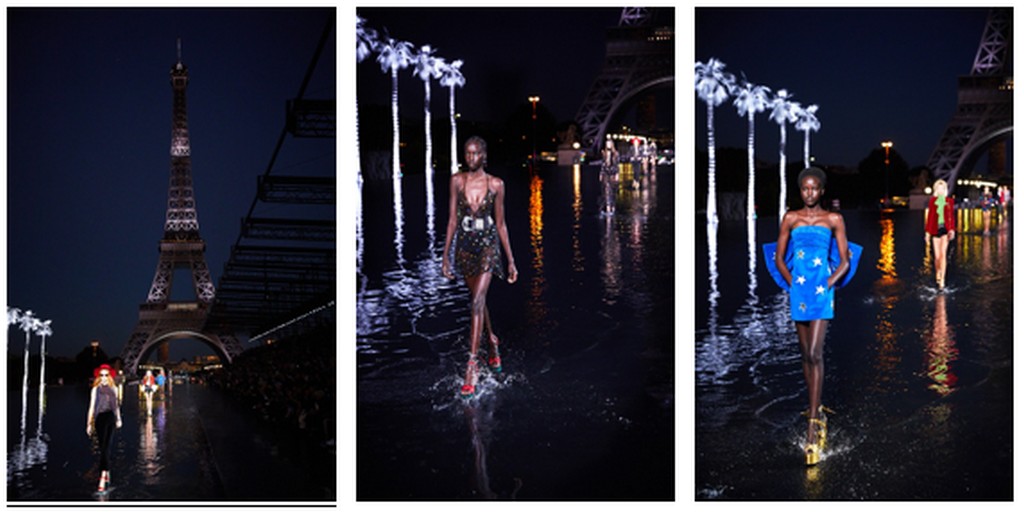 Like before, Saint Laurent got up with ready-to-wear collection under the spotlight of the Eiffel Tower. Why to go for fake palm trees or an infinity pool to let the top models walk on it.

All the models are beautifully presenting the collection by Saint Laurent, by walking gracefully on water when the Eiffel Tower blooms. The photo taken by Ambra Vernuccio for W magazines.

While everything was going so with lights and glamour, the young 20 year old model Bella Hadid just fired the way with her gorgeous pink gown as she stepped out for the night.

On the other top side, the sexy Emily Ratajkowski shows off her abs while at the Paco Rabanne show as part of the Paris Fashion Week for spring/summer collection at Le Grand Palais. Also in attendance at the show were the gorgeous Haim sisters – Este Haim, Danielle Haim, and Alana Haim.

In the city of love, the lovebirds Keira Knightley & Husband James Righton walk on the carpet in the opening season of the Paris Opera Ballet Gala on Thursday. The event was held during Paris Fashion Week. Keira is wearing a Chanel Couture Dress.

While all the designers grabbed the western mane, there comes Manish Arora whose designs were demonstrated by many top models as spring/summer collection. 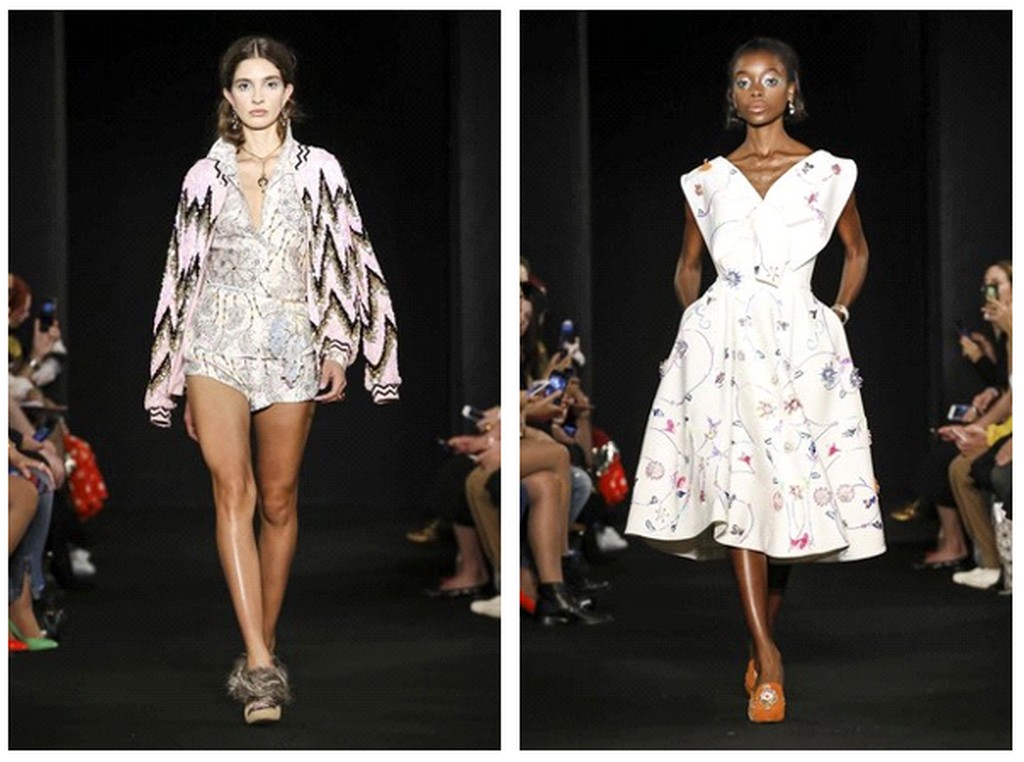 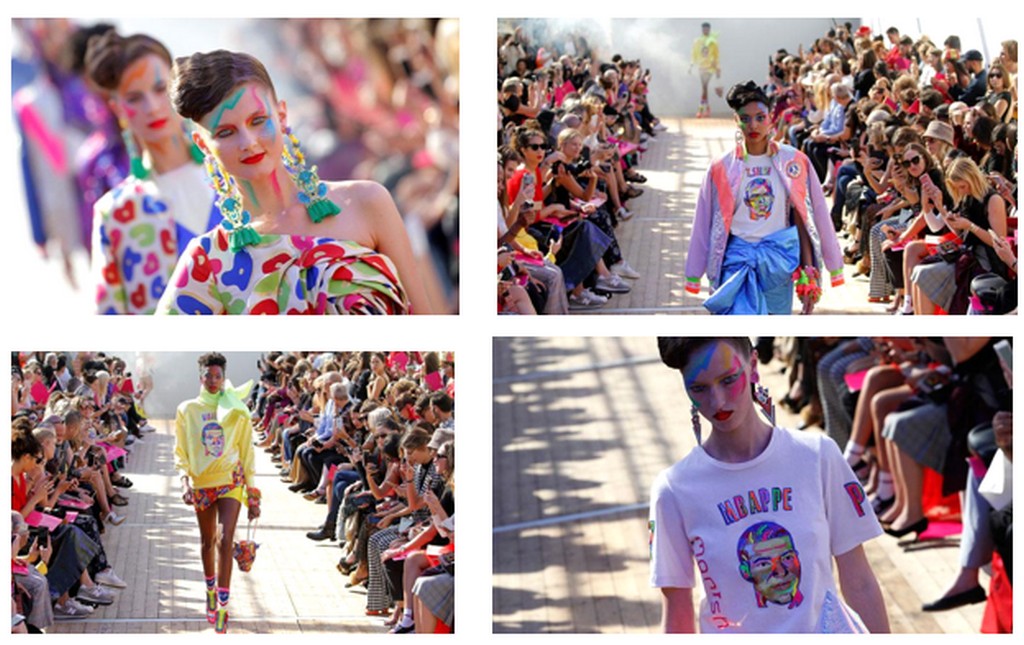 Hedi Slimane got our expectations:

While everybody was surprised by the top collection of Dior, Gucci, and Saint Laurent, Celine also got up with our expectation. Hedi Slimane’s Celine just showed up really amazing and marvelous collection. Slimane staples like tiny mini-dresses, motorcycle jackets, and skinny pants. And, of course, black. Lots and lots of black, the only reprieve found in a single red sequin dress and a few metallic threw in for good measure. 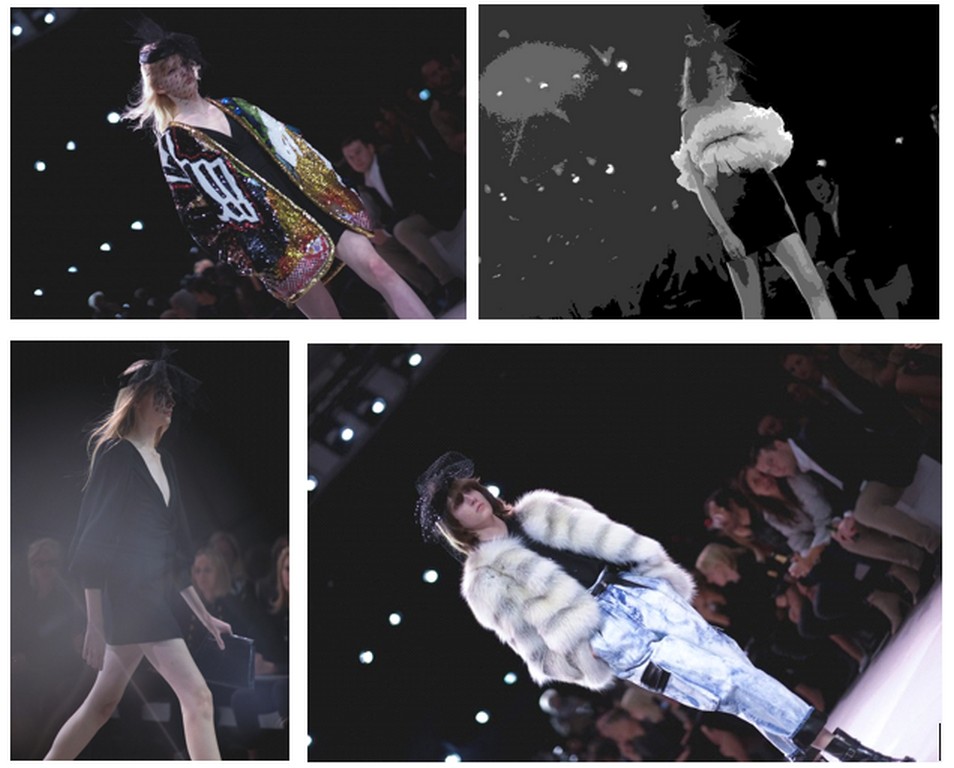 A picture from the Celine runaway of Paris Fashion Week spring/summer collection. The photography is done by Mich Cardin for W magazine.

Paris Fashion Week is not all about fashion but ranging from fashion to make-up and best hair. How can we forget when it’s about Paris, Loreal needs to be there. So no doubt Loreal already can be considered as a fashion week highlight. The fashion show was marked by 60m long way of Paris’ Seine river presenting 70 different hair and makeup looks. The fashion show’s cast which ranged from a post-pregnancy Eva Longoria to 20-year-old actress Elle Fanning. 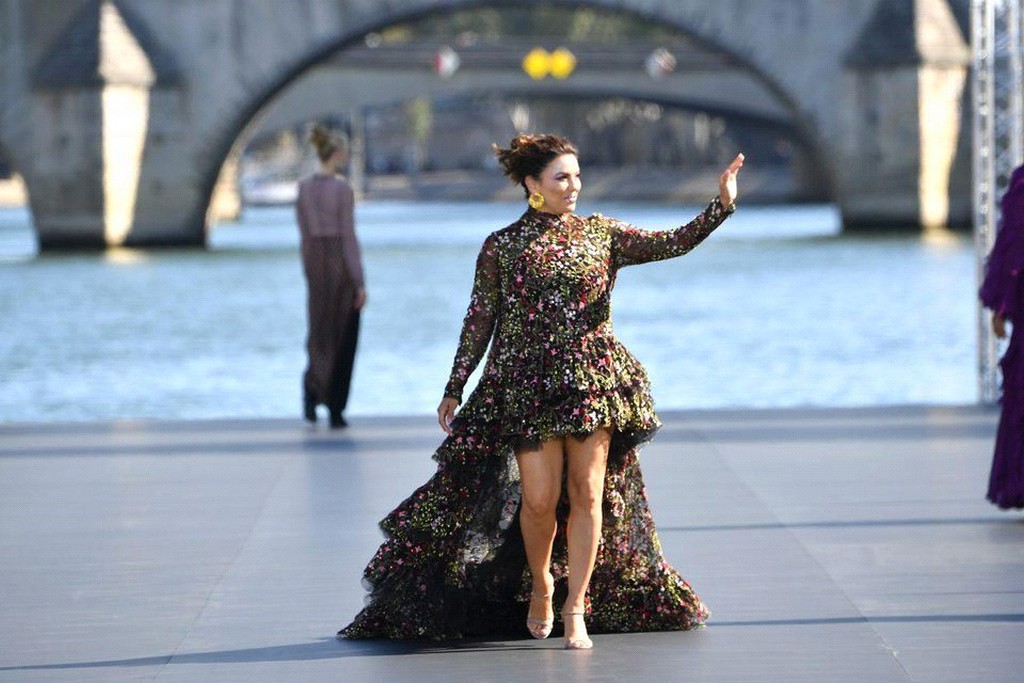 Game of Thrones actor Nikolaj Coster-Waldau also joined the glaze of female cast on the Seine river. Well she proved that age is just a number. Yes! 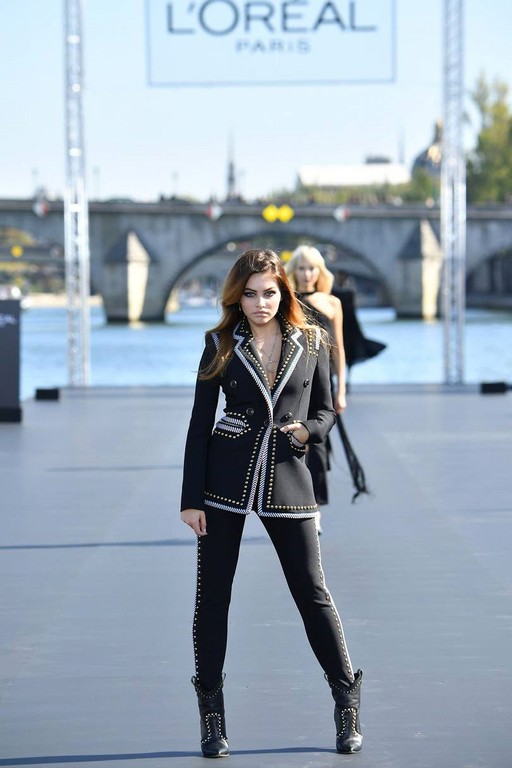 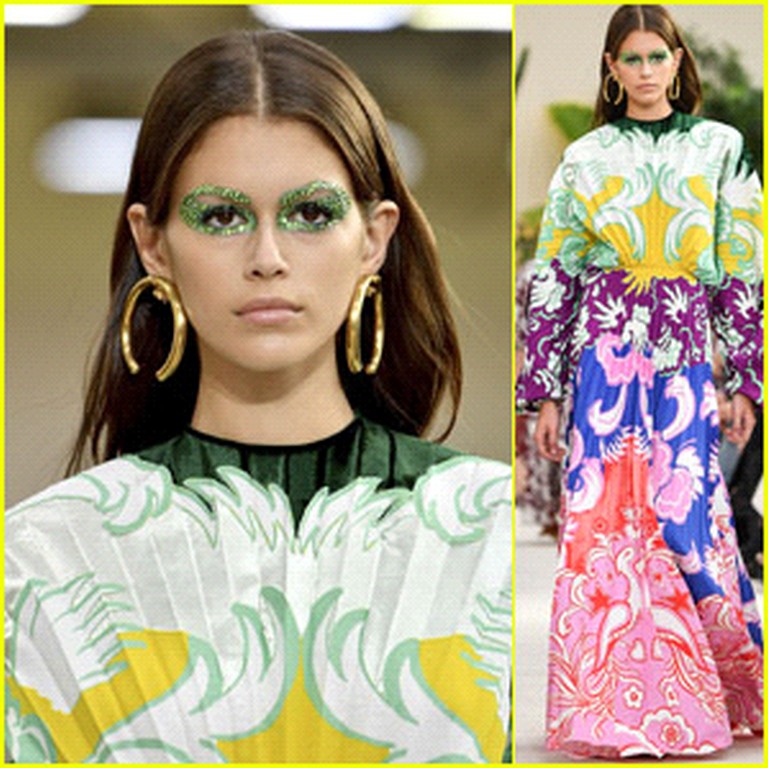 Never off to walk no matter of age: 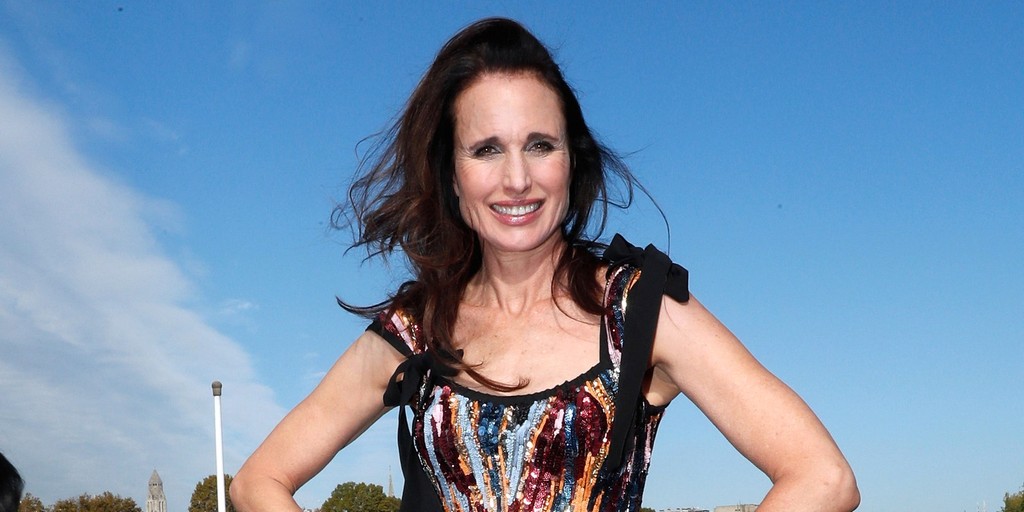 Before getting our eyes on her in Hollywood, she got the fame in modelling. MacDowell started her career in the late 1970s as a model for many brands like Calvin Klien, Yves Saint Laurent and many more. After years she came back to the runway with Elie Saab Gown, smiling and waving as she walked in.

She came back at her 60 s and shocked the ramp. Her charming look will never fade away.

Started from New York it carried till Paris and will never come to an end. The fashion goes on increasing and it will bring something new every next time.

Five Most Famous Cartier Jewelry Designs that Every Women Wish for!