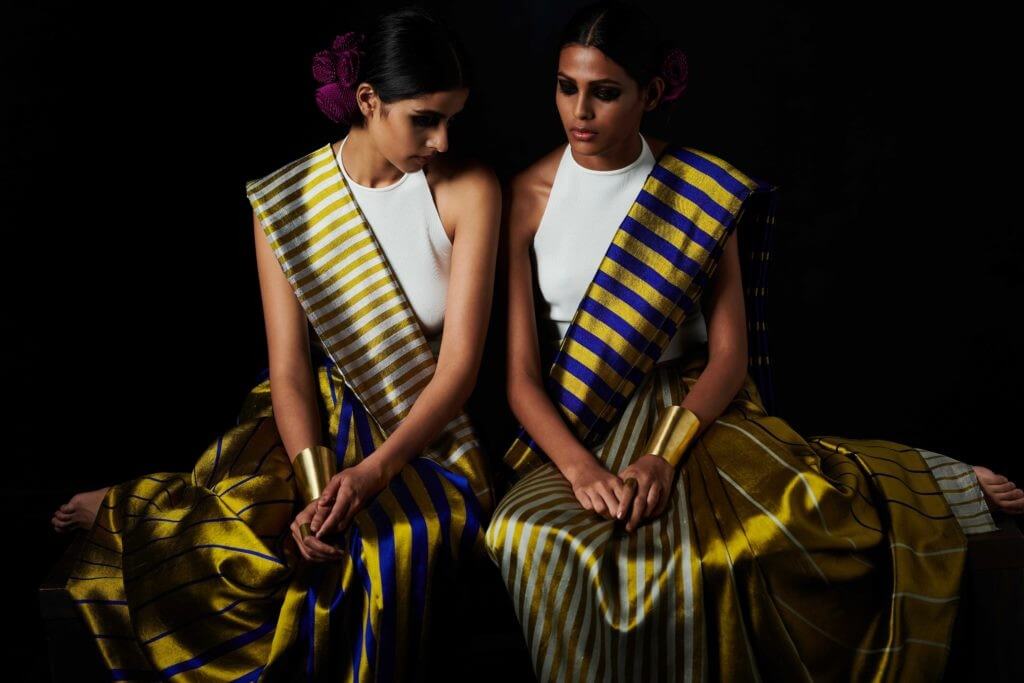 National Handloom Day, celebrated to signify the importance of India’s history. It is celebrated on the 7th August every year, as this day holds a special significance for the Swadeshi Movement in the year 1905. Hence, the day is now celebrated as Handloom Day to pay tribute to the weavers and artisans community of India. There are many Indian Fashion Designers who work with Handloom and make a revival of Handloom even in the modern times. Some of the famous Designers who work with Handloom are: Gaurang Shah, Ritu Kumar, Sanjay Garg, Payal Khandwala, Rahul Misra, Sabtasachi Mukherjee, Abraham & Thakore and many more.

The brand Gaurang Shah, represents a reinvention of Heritage Handwoven Sarees and Indian Outfits. Each design is unique in design aesthetics and each piece is a heritage on its own. It is the first brand in India to introduce the indigenous weaves to mainstream fashion. All the local artisans across the country are a part of the brand Gaurang Shah and the brand also supports the socio-economic growth of the artisans. The Designer has presented his collection in many recognizable Fashion shows like Lakme Fashion Week and many more. 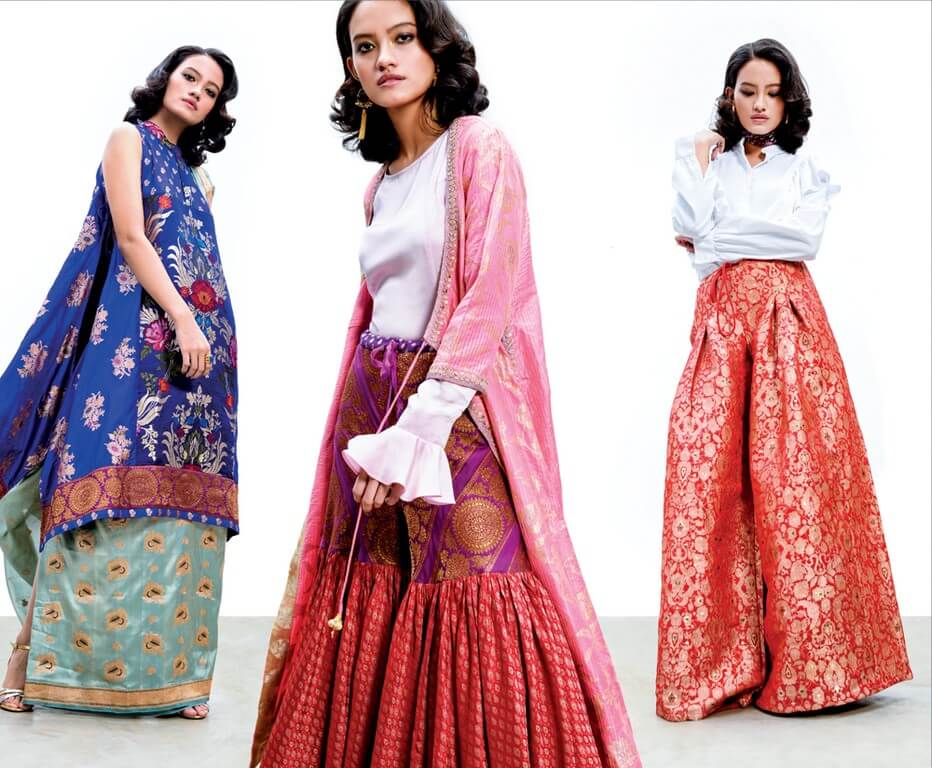 Ritu Kumar‘s famous collection ‘Banaras Revival Project’ in 2016 showcased the endangered art of Silk and cotton weaving of Varanasi. Ritu Kumar tried to bring back the beautiful work of Handloom and the local artisans to highlight during this show. She is also known for her work in Matka Silk, handwoven Bhagalpuri Fabrics and hand block printing. 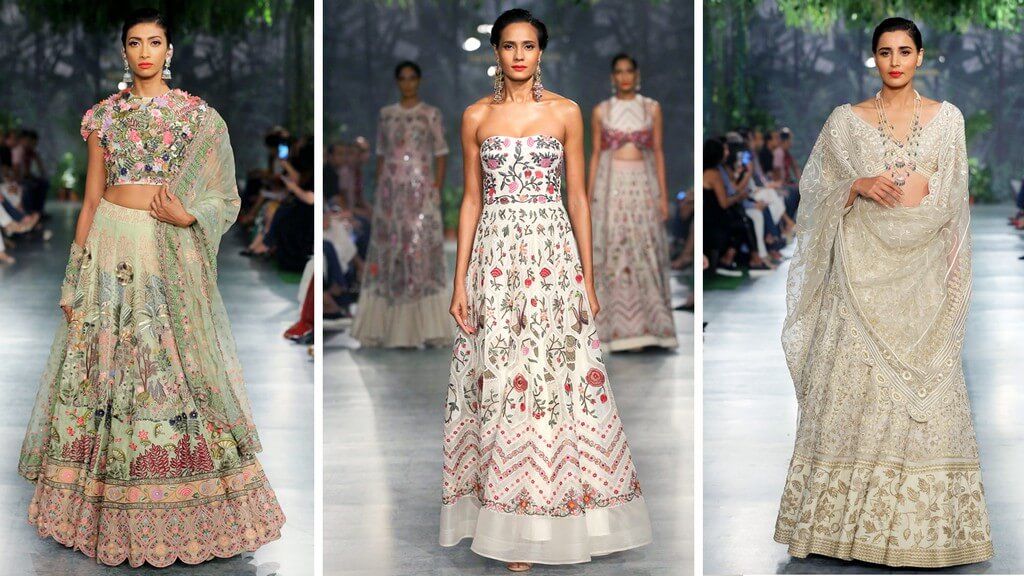 Rahul Misra, the first designer to showcase at the Paris Haute Couture Week with traditional Indian Crafts. He works around Weaves and traditional fabrics like silk, Chanderi, Kerala’s cotton Handloom and many more. This collection was showcased with Kerala Handloom Fabric to make dresses and lehengas. He gathered local artisans from all over the country to make the best work.

Payal Khandwala label has been producing textiles and fabrics by reviving the Indian Handloom. She gives it a contemporary makeover to the traditional handlooms to attract the millennials. She also uses Colour blocking techniques and rich silk threads for making it appealing. The handlooms work is done by the artisans on a season to season basis. The production of handloom saris is important for economic development in rural India. Completion of a single sari takes two to three days of work. Several regions have their own traditions of handloom saris. 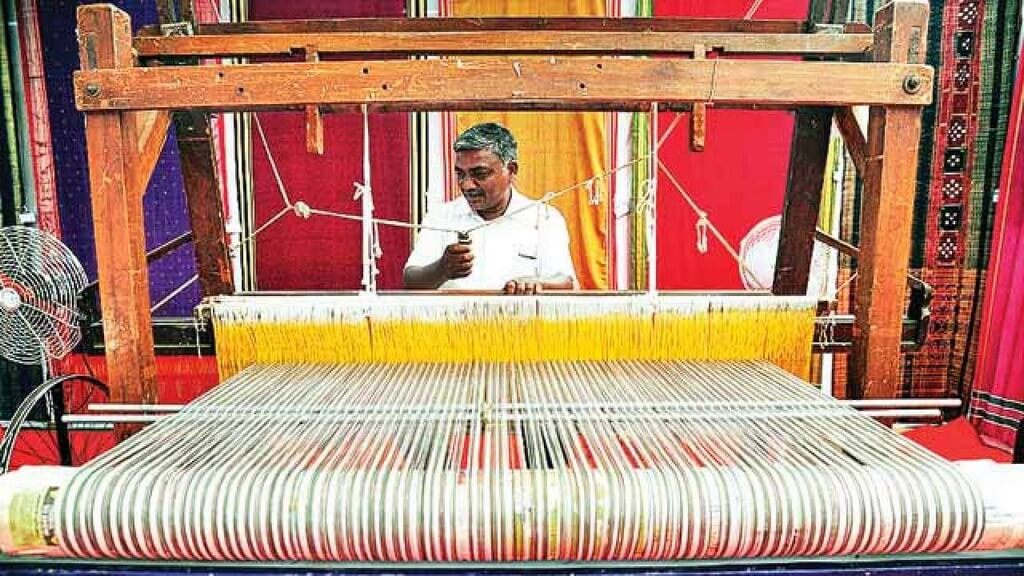 National Handloom Day, celebrated to signify the importance of the age-old handloom techniques. On this day, the government and other organizations honor the handloom weaving community for their immense contribution to the socio-economic development of the country.