Debutant actress Ananya Pandey created the biggest buzz on Day 4 of Lakme Fashion Week Winter-festive collection. She walked the ramp for not one but two designers in absolutely gorgeous Indian creations. She turned showstopper for designers Anushree Reddy and Arpita Mehta. She adorned an ivory bridal ensemble by the former, which was styled with emerald choker giving a regal and elegant touch to the look. For the latter, she was dressed in a heavily intricate pink lehenga that had flower motifs all over. 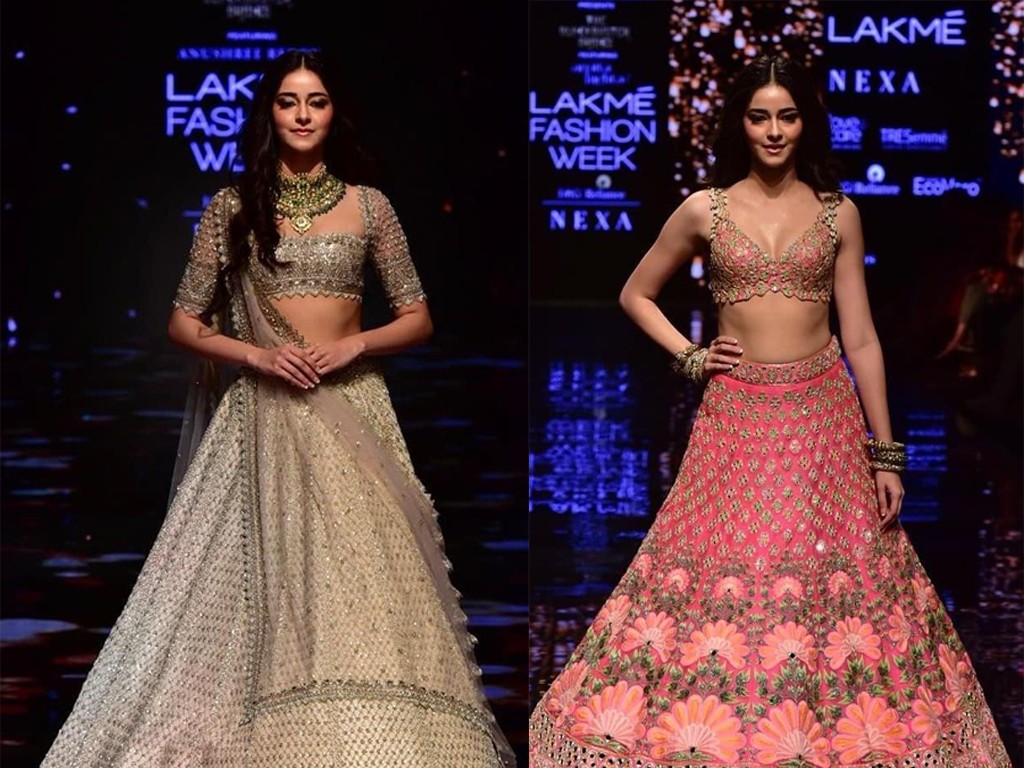 Actress Disha Patani sizzled the ramp in an overlapping beaded gown in galactic hues of midnight skies, created by the designer duo Rohit Gandhi and Rahul Khanna. The sexy garb featured a deep neckline and a thigh slit raising the oomph factor on ramp. Ayushmann Khurrana was also seen accompanying the actress as they closed the show for the designers, who had made a comeback to LFW after almost 15 years. The national award winning actor sported a long, sharp and sleek embellished blazer from the collection titled “The Interstellar”. 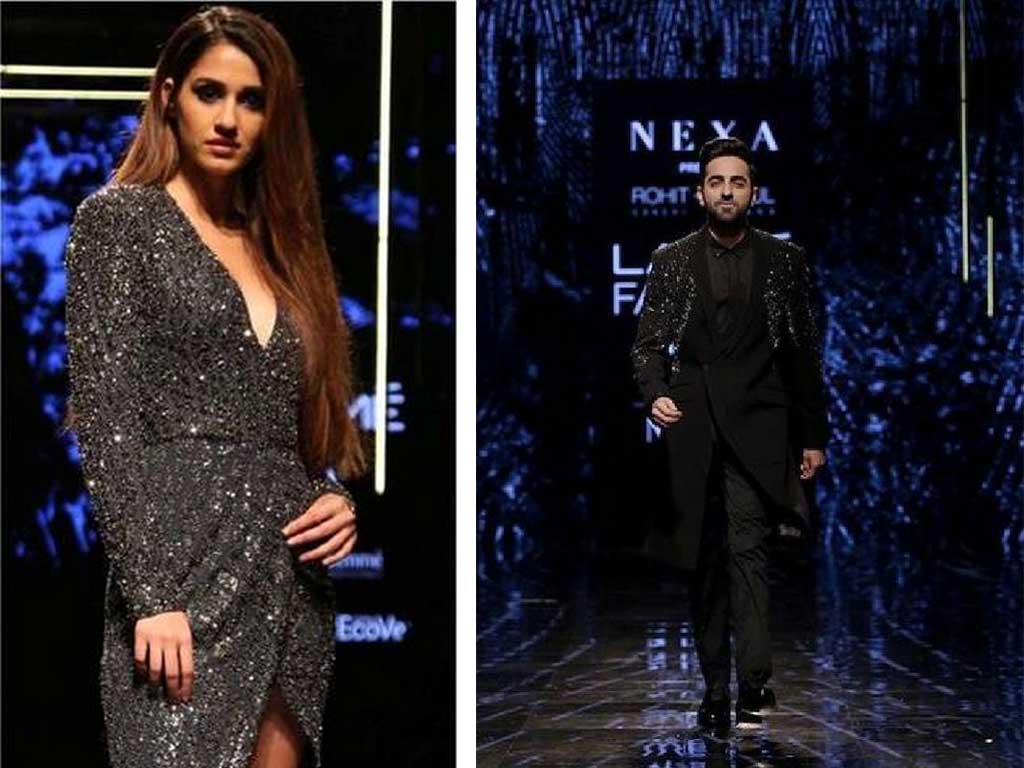 The graceful Shibani Dandekar turned showstopper once again at Lakme Fashion Week for the designer Bandana Narula. She looked glam in a strapless corset with floral print and a pink lehenga that had geometric patterns with intricate features on the hem. The diva rounded off the look with semi open locks and a choker necklace. The collection as described by the designer on her Instagram page was a vision of millennial ensembles, handcrafted with meticulous craftsmanship. 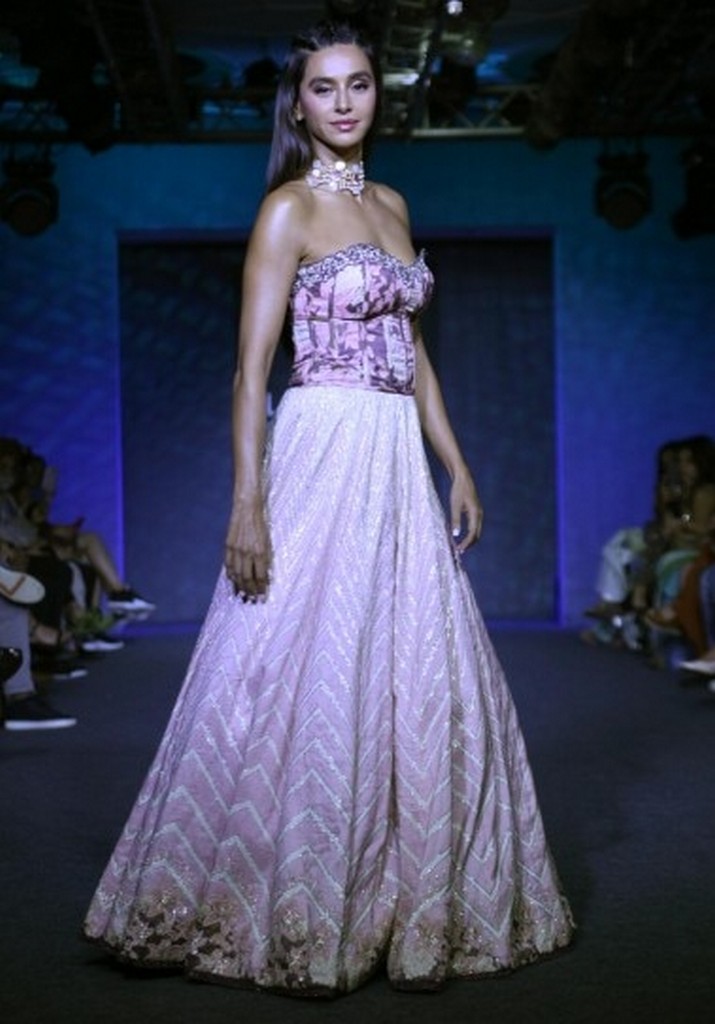 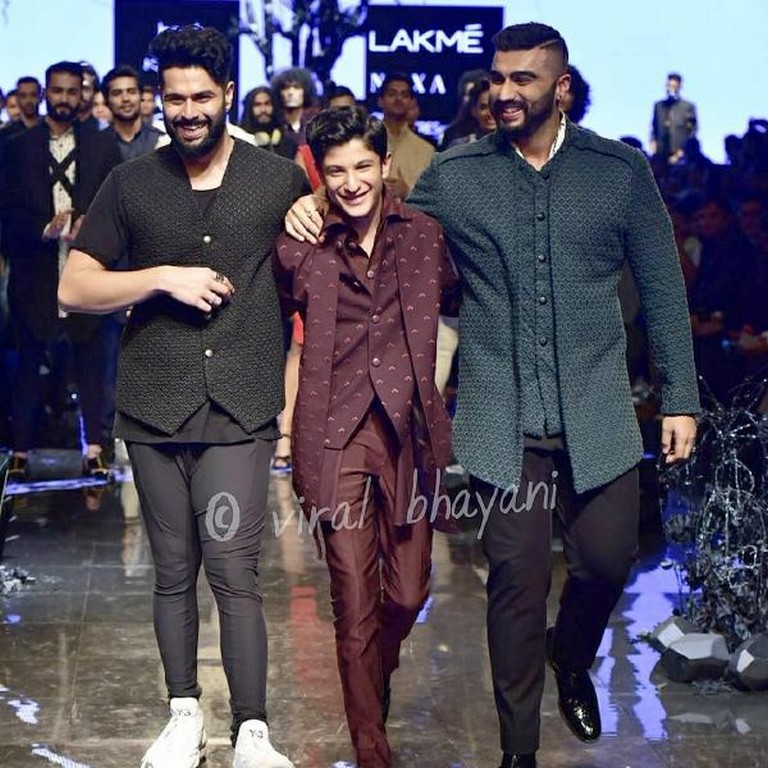 Jalebi actress Rhea Chakraborty channelled her inner goddess on the ramp in a dazzling black dress. The Ambika Lal ensemble featured a shimmery torso with ruffled skirt and a sweetheart neckline. She styled the trained dress with minimalistic makeup and wavy locks. 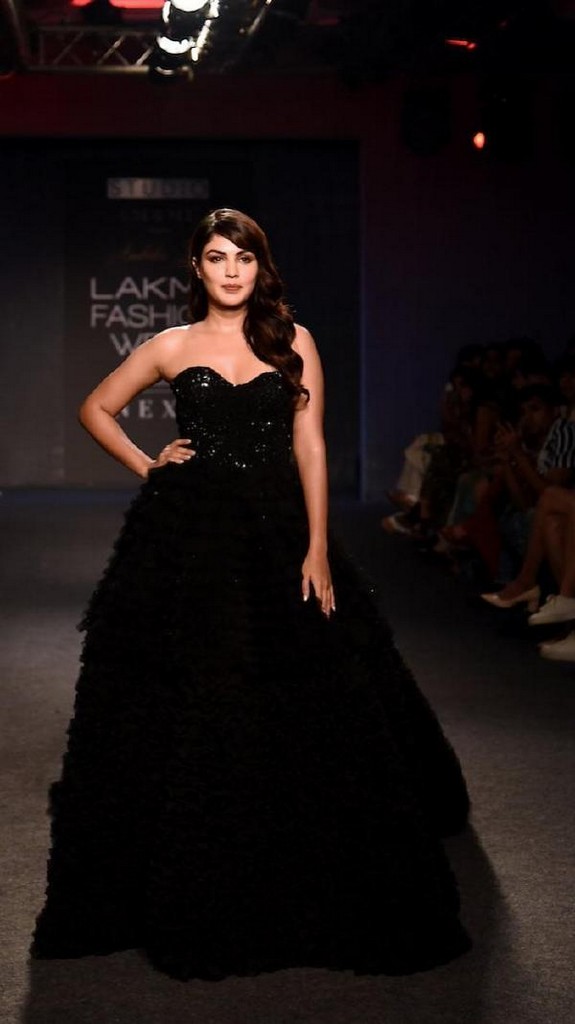 Celebrity couple Shahid Kapoor and his lovely wife Mira Rajput attended the Day 4 of Lakme Fashion Week in white and red ensembles complementing each other. The mother of two, wore a simple double breasted blazer and mini shorts with red hot pumps. 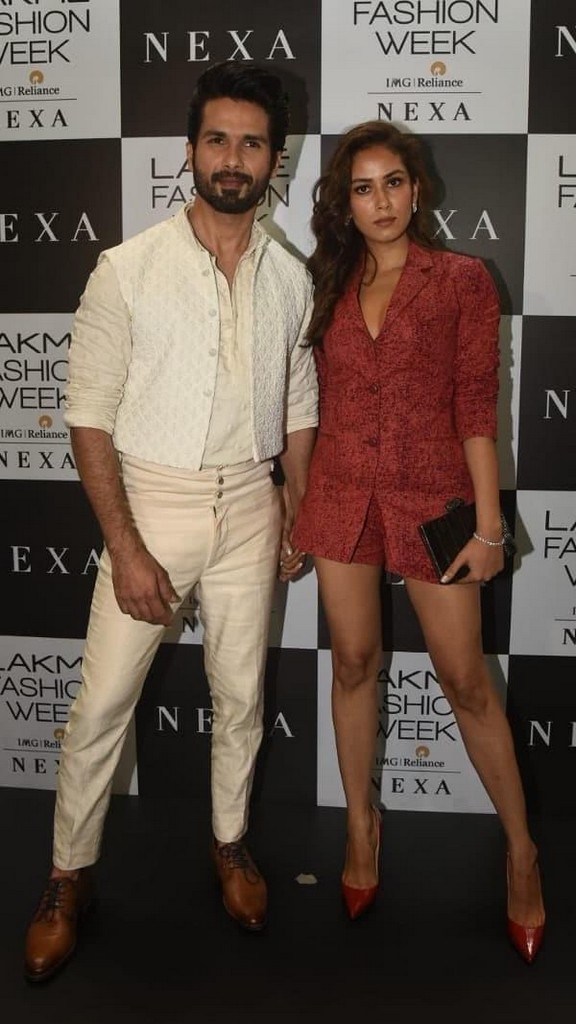