Deepika Padukone, unofficially the best dressed ambassador to the world, joins the Louis Vuitton’s pre-fall 2020 campaign. The creative director for women’s collection, Nicolas Ghesquiere, picked Deepika Padukone to be one of the 24 poster girls and boys to star in Louis Vuitton’s renditions of Pulp horror movies and books. The 34-year-old actress featured in ‘Don’t Turn Around’, a fiction thriller written by Michelle Gagnon. 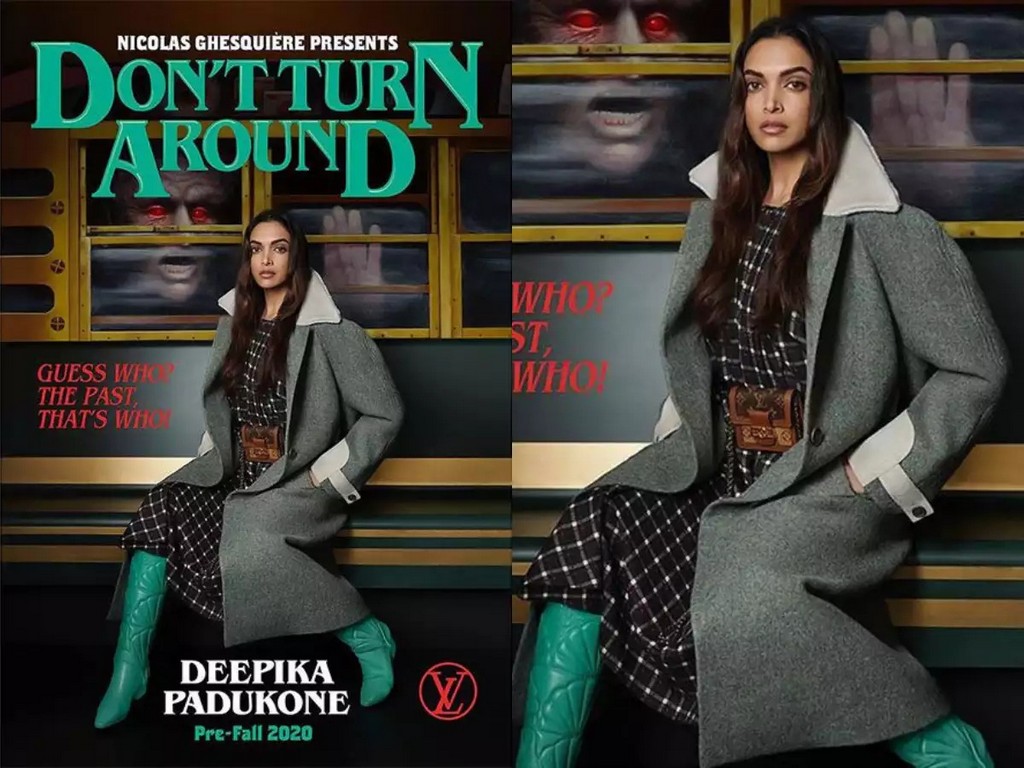 Padukone was dressed in a checkered black and white dress, grey overcoat, micro fanny pack around her waist and a pair of green quilted turquoise boots. Looking ravishing as ever, Deepika manages to pull off a whole sinister look and did complete justice to the reimagined theme visualised by Ghesquiere.

Padukone being featured as one of the 24 faces of Louis Vuitton’s Global Campaign is symbolic of India’s growing Luxury Brand audience. This is a powerful movement of diversity and inclusivity in the field of fashion. The actor took to Instagram to announce the association with her fans. Her husband , Ranveer Singh, took to the comments to praise his wife with fire cracker emojis. 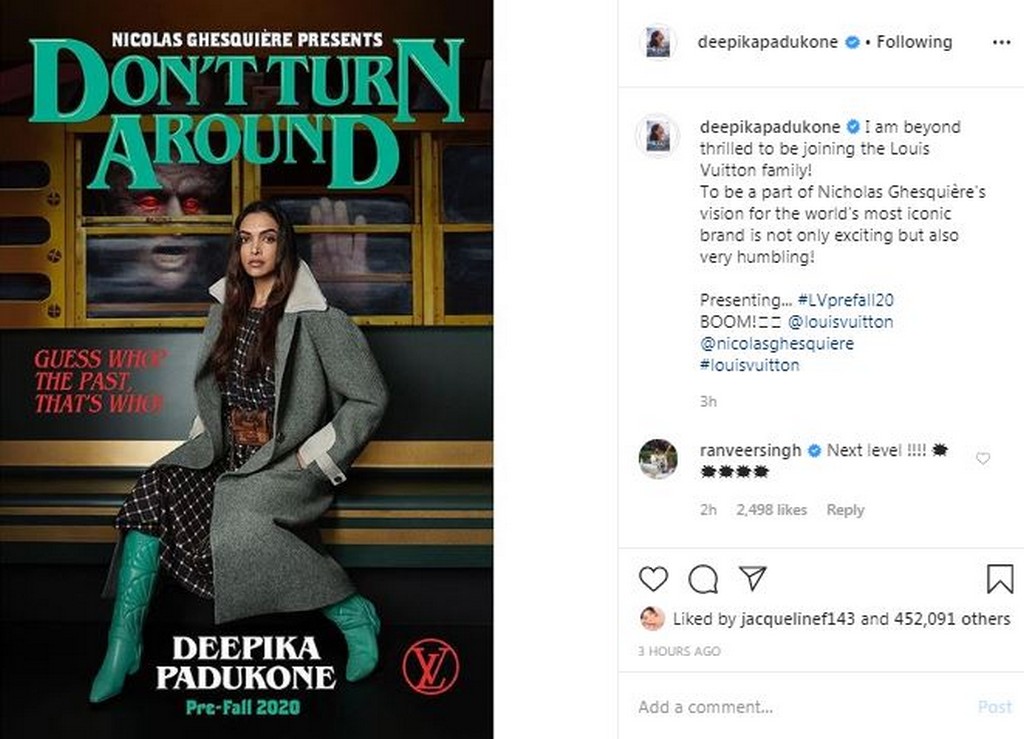 The actor has now become a part of the Louis Vuitton family along with 24 other male and female celebrities including Sophie Turner, Léa Seydoux, Alicia Vikander, Chloë Grace Moretz among others.