Discovery, is all set to premiere the much anticipated TV debut show of Superstar Rajinikanth ‘Into The Wild with Bear Grylls’ at 8 pm on March 23 across 12 Discovery channels including Discovery Channel, Discovery HD, HDTamil, Animal Planet, Animal Planet HD, TLC, TLC HD, Investigation Discovery, Investigation Discovery HD, Discovery Science, Discovery Turbo, and Discovery Kids. The premiere on Discovery and Discovery HD will be available in eight languages including Hindi, Tamil, Malayalam, Kannada, Bengali, Telugu, Marathi and English. You can download the newly launched streaming app Discovery Plus to get access to the episode at 6 AM on March 23, 2020. Into The Wild with Bear Grylls is produced for Discovery Communications India by The Natural Studios and Banijay Asia. 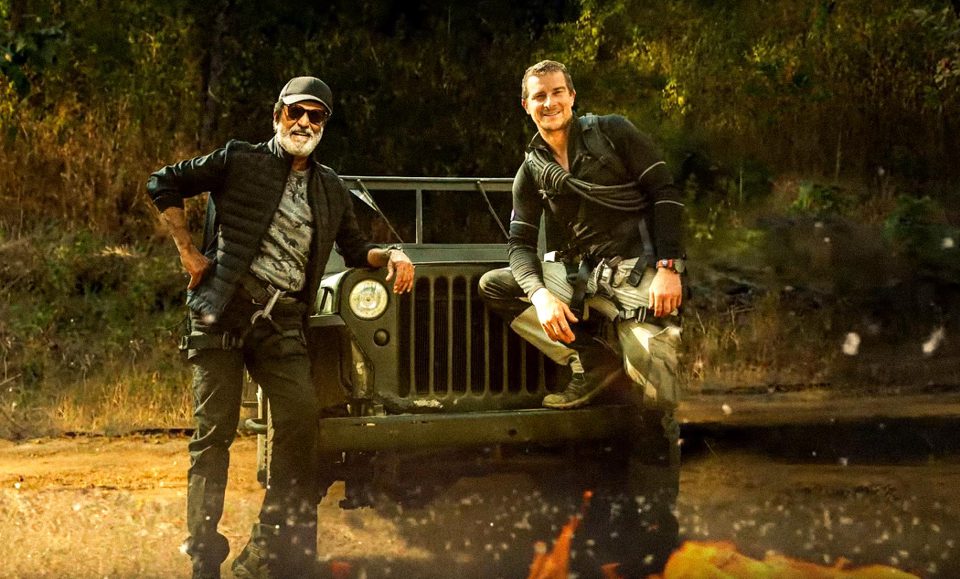 The special episode, shot in Bandipur National Park, will see Superstar Rajinikanth in a never seen before avataar, on an adventure trip with Bear Grylls, doing stunts never done before, discussing wide variety of topics including intimate details about his personal life and issues close to his heart such as water conservation.

The TV debut with twists and turns

Superstar Rajinikanth waited 43 years before making his TV debut as part of this unscripted adventure show. Speaking about his life, Rajinikanth says, “Well, yes, actually, my whole life has been a miracle. It’s a miracle! Even consider this show for example, I never thought of this, not even in my dreams that one day I’ll do a show like this for Discovery!”

The show has many challenging feats that the Superstar performs with great perseverance along with Bear, such as crossing a ravine while balancing off an iron bridge suspended 50 feet above a dried riverbed. Rajinikanth, who crosses the bridge with much élan is seen saying, “If anything goes wrong over here…. it’s just a rope after all. Moreover, the iron of that bridge it is extremely hot! I couldn’t hold for long as it was hot so I had to move continuously. My God! It is really…yes! I did it!”

Shedding light on his journey as an actor who initially began his career as a bus conductor in Bangalore, the episode will feature Rajinikanth in a light that best humanizes him and depicts him the way he is in real life.

Explaining how he keeps himself grounded while being revered by the world, Rajnikanth, says, “Yeah, once you’ve acted, it’s finished, I forget Rajinikanth. I go back to Shivaji Rao. Yeah. That’s just work life for me. When somebody reminds me “you are Rajinikanth” then I’ll be like, oh yes! I am Rajinikanth.”

The Superstar with a purpose:

Through the episode, Rajinikanth fans will witness the charming superstar’s never-dying passion to spread awareness about the need to conserve water as he embraces the challenges of the wild. Speaking about the dire need to save the world from the issues faced due to the scarcity of water, the superstar says, “He who rules the water, rules the world.” He continues, “The current situation is heart wrenching. In the world there are 2.1 billion people suffering due to water scarcity.” 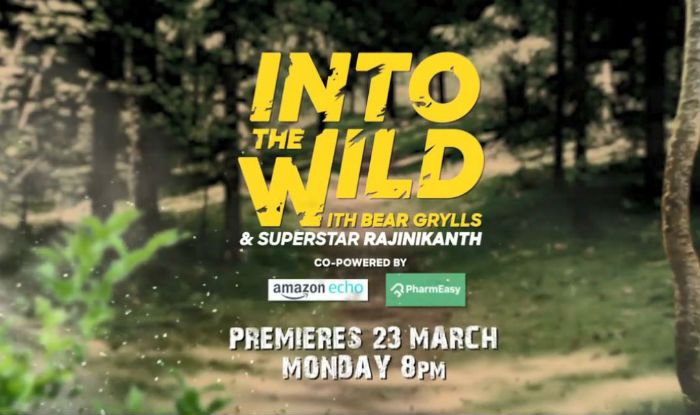 Into the Wild with Bear Grylls is an interesting new format where Rajinikanth not only gets to take on the adventure with the ace explorer Grylls but also get goodwill messages from close friends. You will have to watch the show to know more about who the friends are and what transpires?