There is nothing more I can ask from the ‘Game of Thrones’. Yes, finally it happened. Arya Stark killed The Night King.

After the long nights, long fights and a lot of nuisance, GOT gave it’s best to the audience in the last 10 minutes. So, what really happened there? 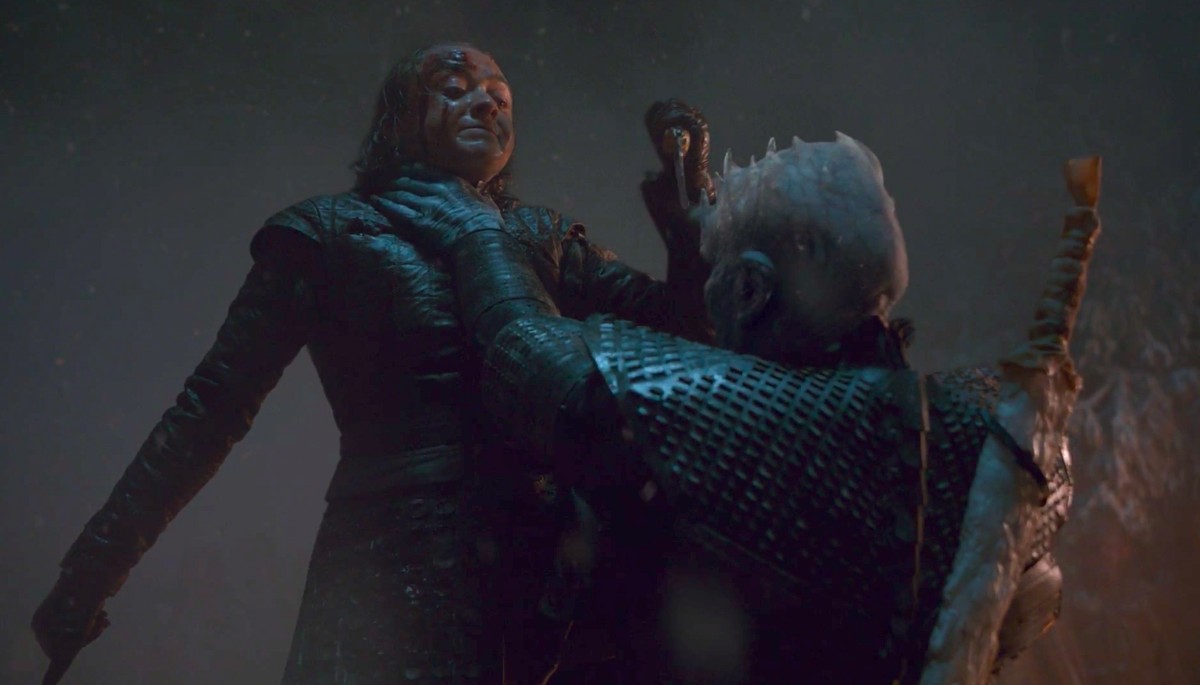 Actually nothing much. As we all know, Night King and his army came and killed most of the people (I don’t think anything is left anymore). As we discussed the other day, the crypt was filled with the dead and Tyrion and Sansa had a little moment in the crypt. And on the other side, the Red Witch – Melisandre lightened the weapons of Dothraki (they all died anyway), the unsullied did their best. Jon Snow and his Aunt Daenerys tried their best to not to be a part of the game by flying around. They had a little catfight with the Night King’s  ice dragon and Jon Snow lost his dragon very quickly. What else, oh! Also, Daenerys proved that she is useless without the dragons (which is not a big surprise). Jaime and Brienne of Tarth did their best and the little Arya had a panic attack and The Hound (Who itself had a big panic attack) helped Arya. 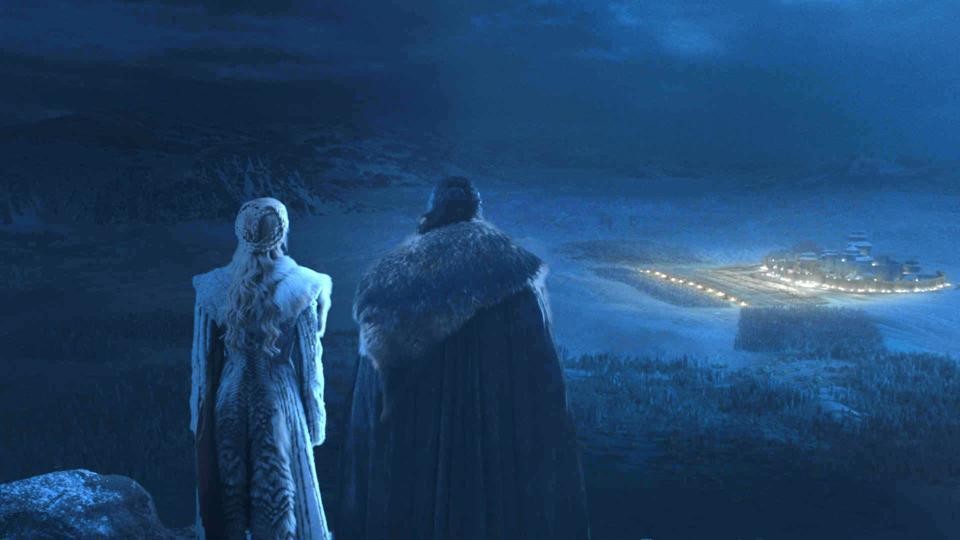 So, who all got injured and who all died? Well, Dolorous Edd-the acting Lord Commander of the Night’s Watch (Ben Crompton) got stabbed while saving Samwell. Beric Dondarrion (Richard Dormer)- the eye-patched hero of Game of Thrones died during helping Arya and The Hound (Well that counts). Theon Grejoy, as Bran said “You are a good man, Thank You” died with the hands of Night king. Jorah (Iain Glen) is almost dead by saving his favourite ‘Dragon Queen’ and the Red Witch – Melisandre removed her magic choker and turned into dust (well, I finally forgive her for all the madness including killing the little princes).

Hm… Who else? Oh! How could I miss the little Lady of Bear Island – Lyanna Mormont (Bella Ramsey) crushed to death by the giant zombie. But she was not ready to give up. She took the giant with her by stabbing in his ugly eye. 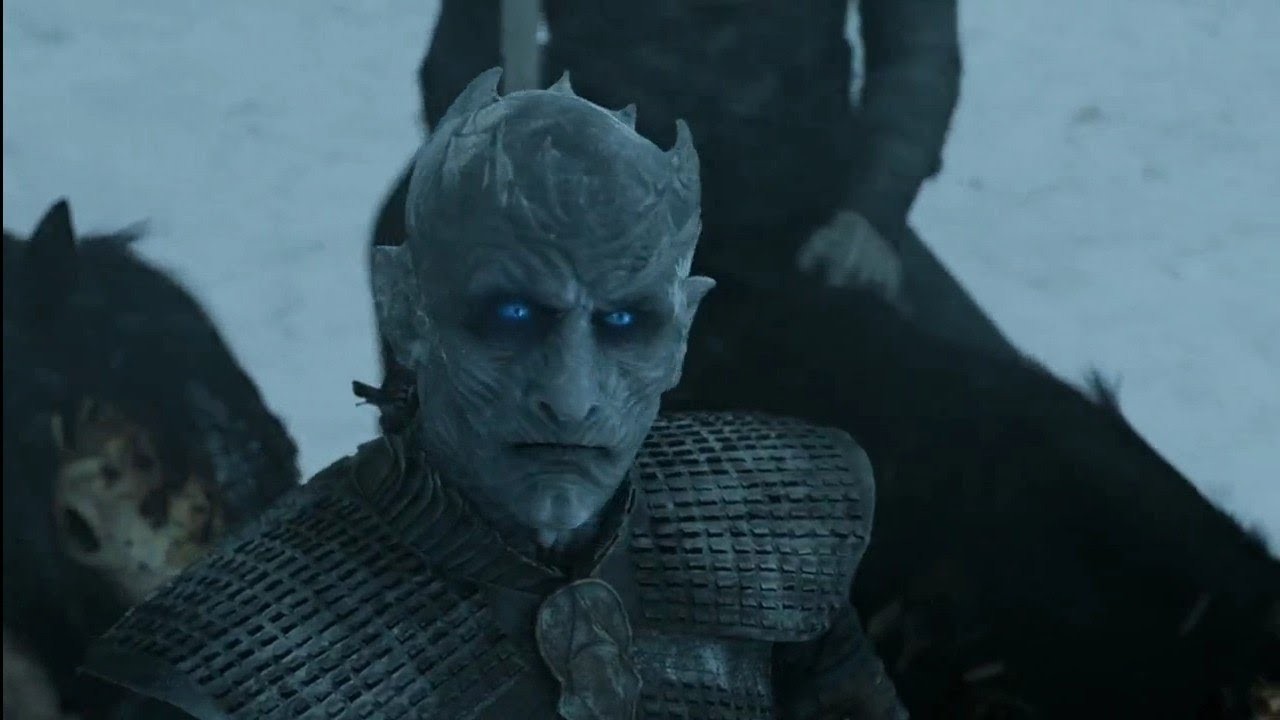 Then the epic moment came – Bran and the Night king’s meeting. The moment I lost hope. Nope, not a chance. Out of no were, our little faceless fighter came and then done. Arya killed the Night King and his army turned into dust just like Thanos snapped his finger. Yes, it took my breath for 1 second. 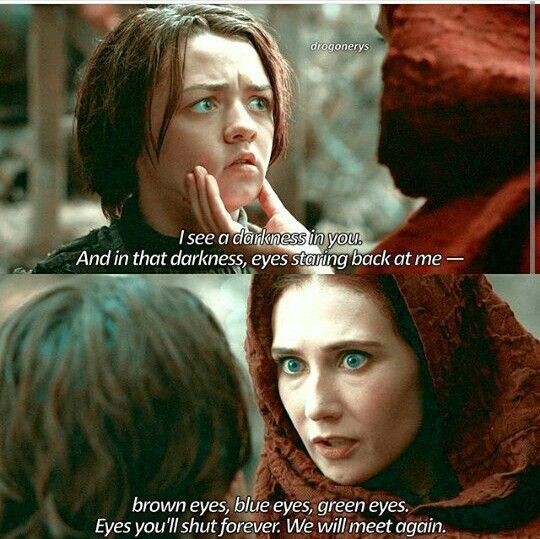 So, what will happen next? Maybe this is the time to give importance to Melisandre’s words – “I see a darkness in you. And in that darkness, eyes staring back at me. Brown eyes, blue eyes, green eyes. Eyes sealed shut forever. We will meet again.” Yup, she killed the brown eyes after the Red Wedding, she wiped out the blue eyes and what is next? Hm… may be the green eyes of Cersei Lannister? We will wait and see.

Have You Seen The Latest Memes From GOT? Well Don’t Worry, We Got Your Back