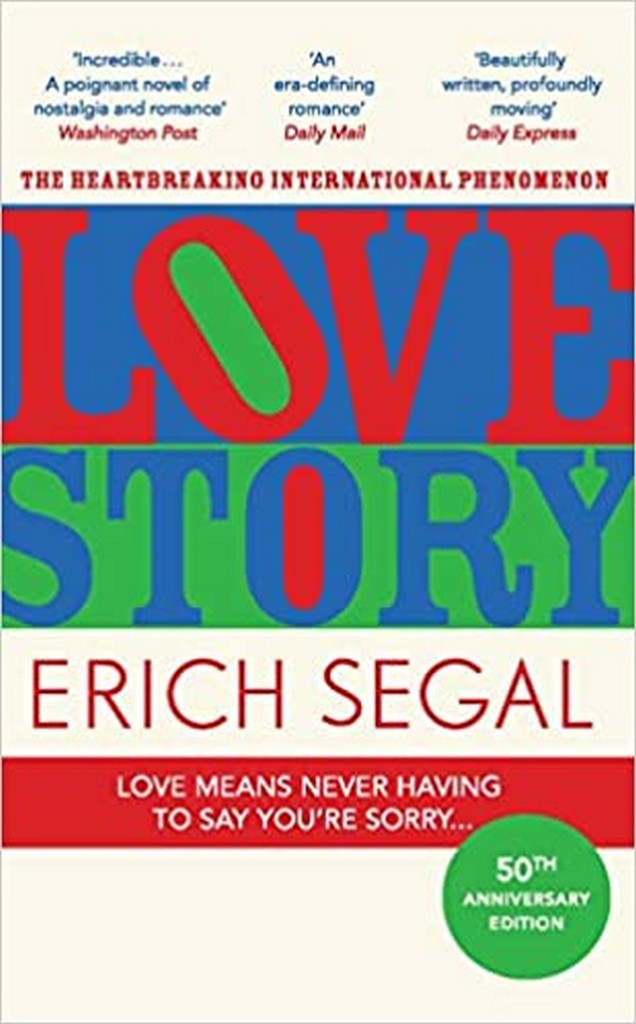 The 50th anniversary edition of Erich Segal’s seminal classic novella LOVE STORY.
He is Oliver Barrett IV, a rich jock from a stuffy WASP family on his way to a Harvard degree and a career in law.
She is Jenny Cavilleri, a wisecracking working-class beauty studying music at Radcliffe.
Opposites in nearly every way. But they fell in love.
This is their story.
The record-breaking novel behind the blockbuster movie, which became the number one box office hit of 1970, was nominated for 7 Academy Awards and was named one of the 100 most romantic films of all time by the American Film Institute.

Every Breath by Nicholas Sparks 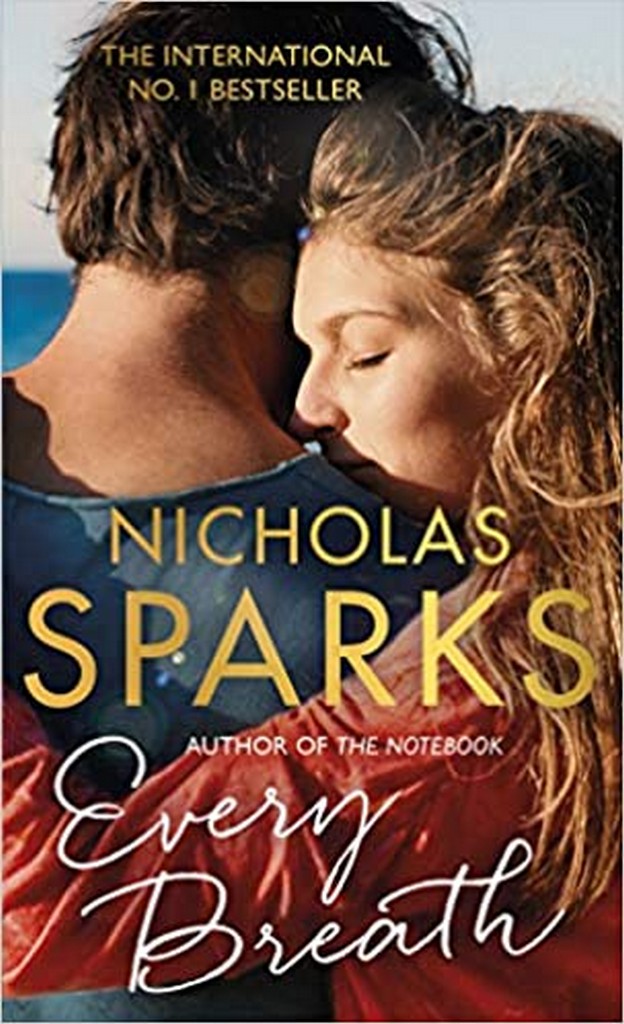 From the number one bestselling author of The Notebook and Two by Two comes an unforgettable tale of enduring love . . .
Hope Anderson is at a crossroads. After six years with her boyfriend, she is no longer sure what she wants, and when her father becomes ill she heads to her family’s cottage at Sunset Beach in North Carolina to make some difficult decisions.
Tru Walls has been summoned across an ocean from where he was born and raised in Zimbabwe by a letter from a man claiming to be his father. In journeying to Sunset Beach, Tru hopes to unravel the mystery surrounding his mother’s life, but the letter will lead him in an unexpected direction.
When these two strangers’ paths cross, their chance encounter sets in motion a heart-breaking story – one that will transcend decades, continents and the workings of fate. 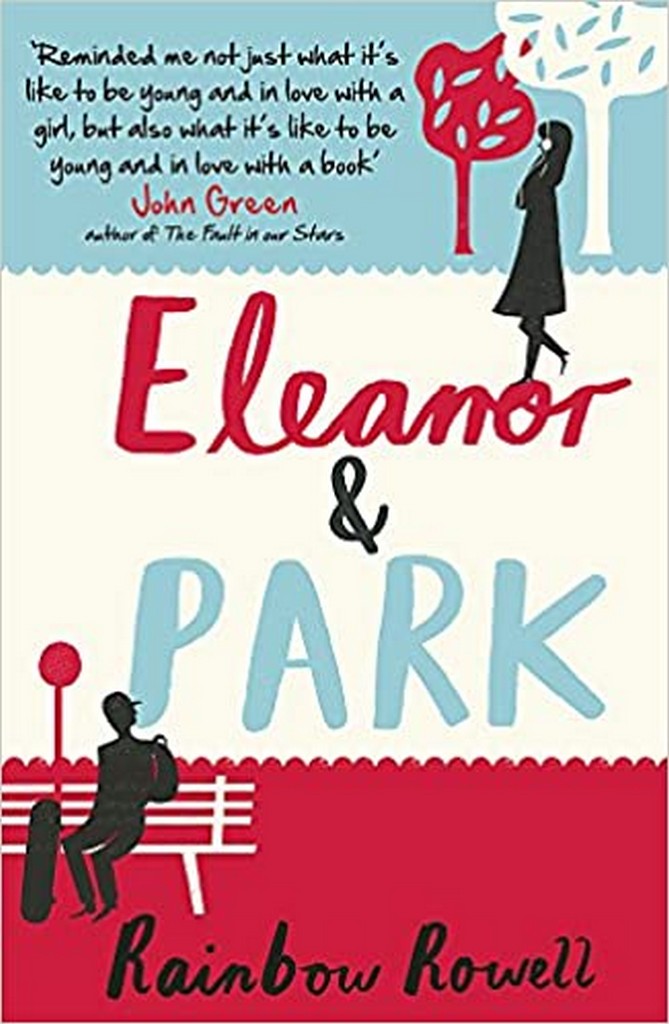 ‘Reminded me not just what it’s like to be young and in love, but what it’s like to be young and in love with a book’ – John Green
Eleanor is the new girl in town, and she’s never felt more alone. All mismatched clothes, mad red hair and chaotic home life, she couldn’t stick out more if she tried.
Park is the boy at the back of the bus, Black T-shirts, headphones, head in a book – he thinks he’s made himself invisible. But not to Eleanor…never to Eleanor.
Slowly, steadily, through late-night conversations and an ever-growing stack of mix tapes, Eleanor and Park fall in love. They fall in love the way you do the first time, when you’re 16, and you have nothing and everything to lose.
Set over the course of one school year in 1986, Eleanor & Park is funny, sad, shocking and true – an exquisite nostalgia trip for anyone who has never forgotten their first love.

One Day by David Nicholls 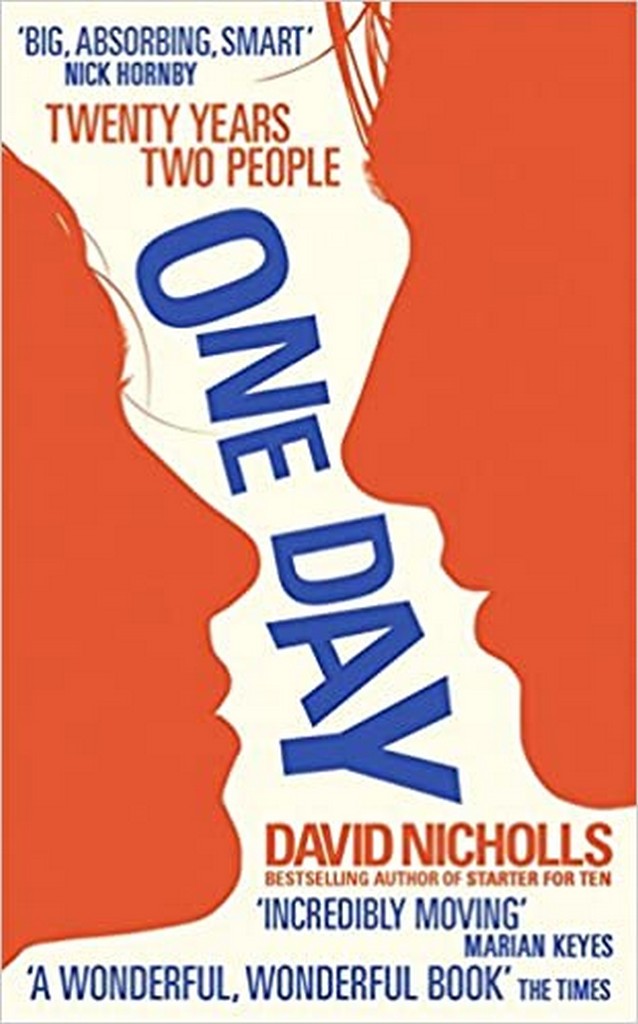 Twenty years, two people, ONE DAY. The multi-million copy bestseller that captures the experiences of a generation.
‘I can imagine you at forty,’ she said, a hint of malice in her voice. ‘I can picture it right now.’
He smiled without opening his eyes. ‘Go on then.’
15th July 1988. Emma and Dexter meet for the first time on the night of their graduation. Tomorrow they must go their separate ways.
So where will they be on this one day next year?
And the year after that? And every year that follows?

The Right Swipe by Alisha Rai 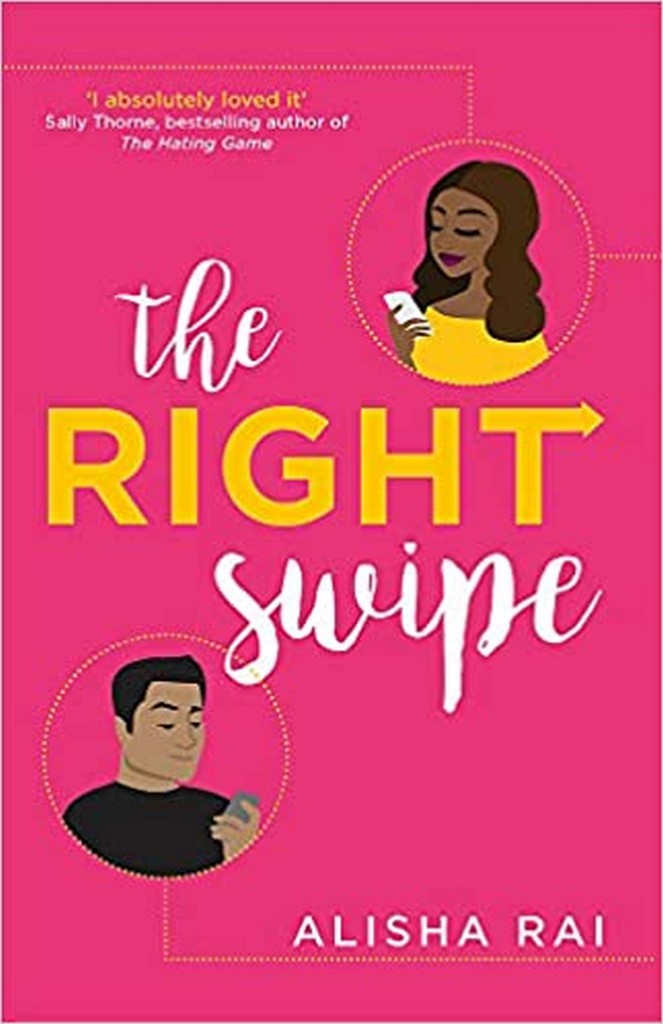 Swipe right on this irresistible romcom!
Rhiannon Hunter may have revolutionised romance in the digital world, but in real life she only swipes right on her career – and the occasional hookup. The cynical dating app creator controls her love life with a few key rules:
– Nude pics are by invitation only
– If someone stands you up, block them
– Protect your heart
Only there aren’t any rules to govern her attraction to her newest match, former sports star Samson Lima. The sexy and seemingly sweet hunk woos her one magical night… and then disappears.
Rhi thought she’d buried her hurt over Samson ghosting her, until he suddenly surfaces months later, still big, still beautiful – and in league with a business rival. He says he won’t fumble their second chance, but she’s wary. A temporary physical partnership is one thing, but a merger of hearts? Surely that’s too high a risk… 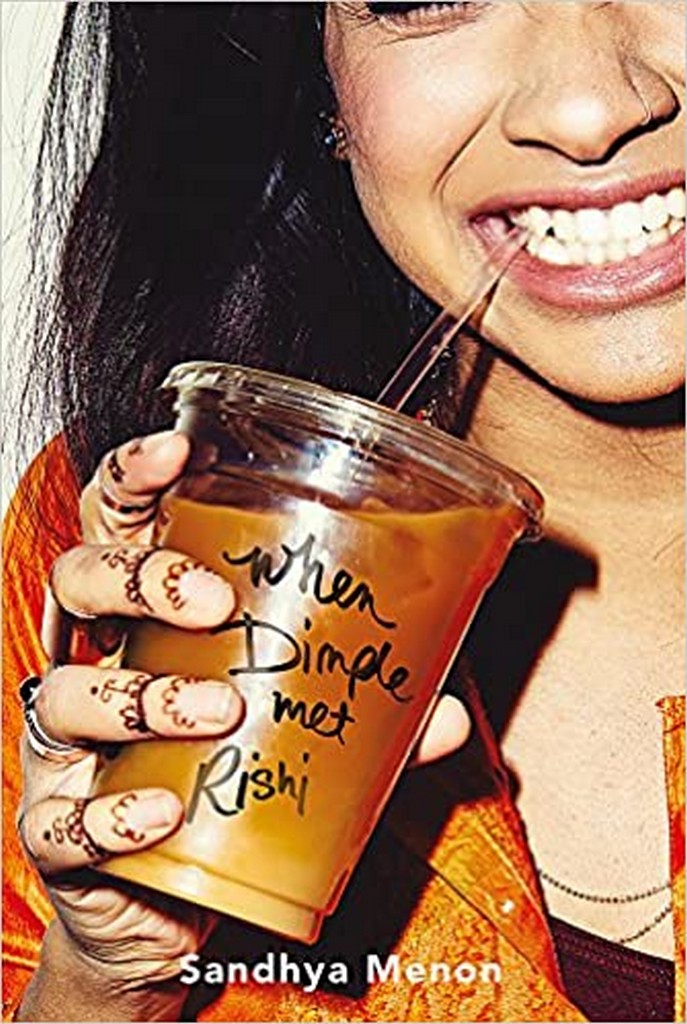 The arranged marriage YA romcom you didn’t know you needed!
Meet Dimple.
Her main aim in life is to escape her traditional parents, get to university and begin her plan for tech world domination.
Meet Rishi.
He’s rich, good-looking and a hopeless romantic. His parents think Dimple is the perfect match for him, but she’s got other plans…
Dimple and Rishi may think they have each other figured out. But when opposites clash, love works even harder to prove itself in the most unexpected ways.
As joyfully refreshing as Rainbow Rowell, Jenny Han and Nicola Yoon, When Dimple Met Rishi is a frothy, funny contemporary romance told from the dual perspectives of two Indian American protagonists. While Dimple is fighting her family traditions, Rishi couldn’t be happier to follow in the footsteps of his parents – could sparks fly between this odd couple, or is this matchmaking attempt doomed to fail? 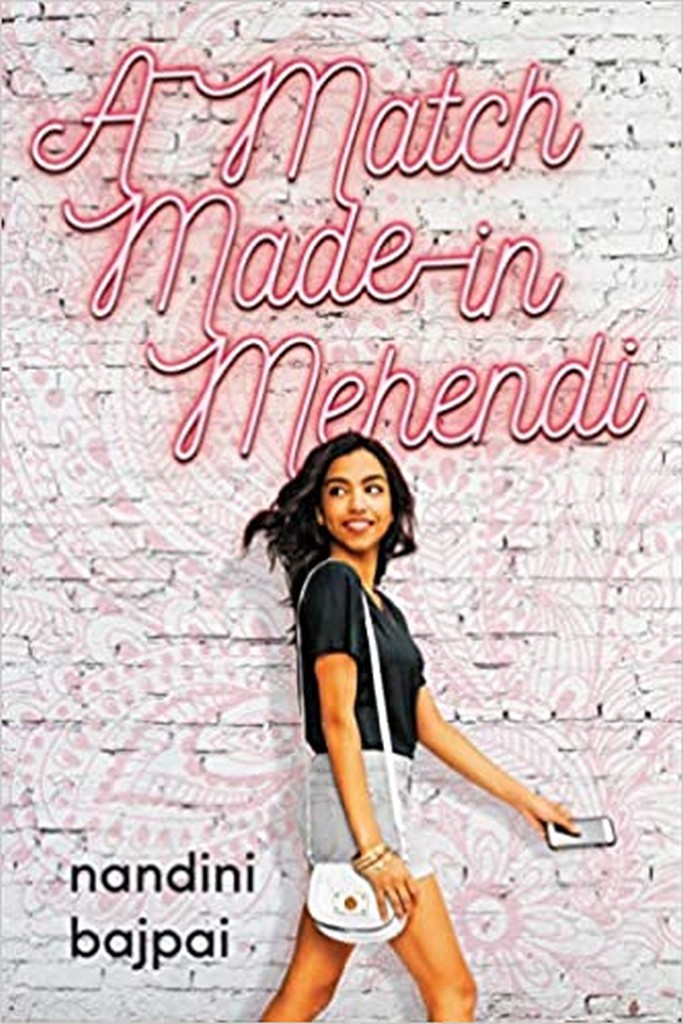 For fans of Eleanor & Park and When Dimple Met Rishi, comes a lighthearted novel about tradition, high school social hierarchy, matchmaking, and swiping right (or left!)
Fifteen-year-old Simran “Simi” Sangha comes from a long line of Indian vichole — matchmakers — with a rich history for helping parents find good matches for their grown children. When Simi accidentally sets up her cousin and a soon-to-be lawyer, her family is thrilled that she has the “gift.”
But Simi is an artist, and she doesn’t want to have anything to do with relationships, helicopter parents, and family drama. That is, until she realizes this might be just the thing to improve her and her best friend Noah’s social status. Armed with her family’s ancient guide to finding love, Simi starts a matchmaking service-via an app, of course.
But when she helps connect a wallflower of a girl with the star of the boys’ soccer team, she turns the high school hierarchy topsy-turvy, soon making herself public enemy number one.

The Hating Game by Sally Thorne 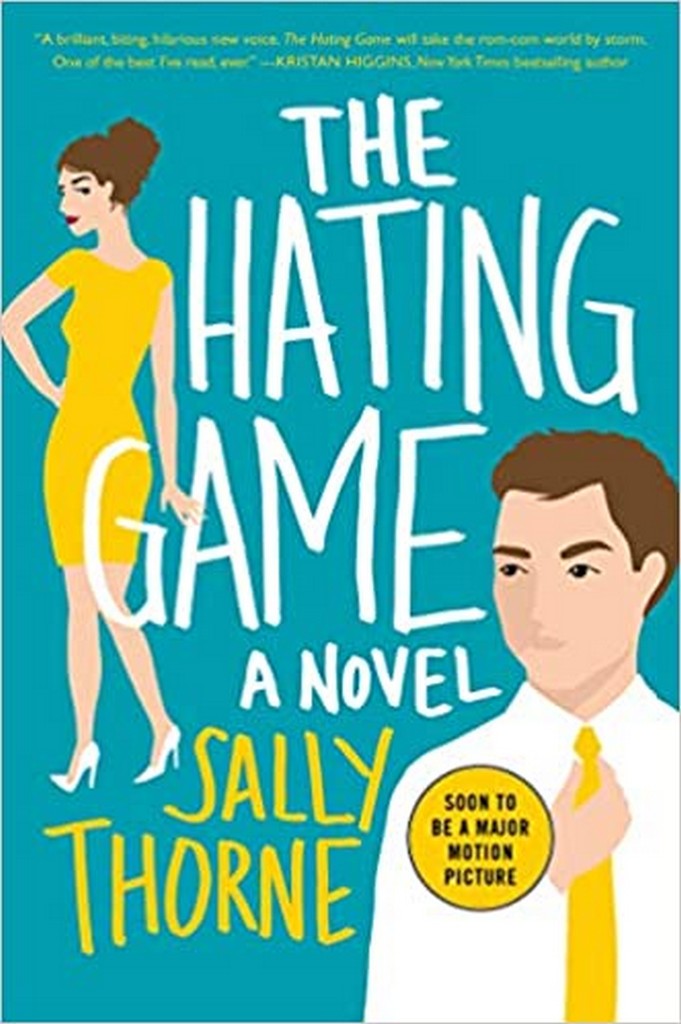 A hilarious and sexy workplace comedy all about that thin, fine line between hate and love.

1) An opponent or rival whom a person cannot best or overcome.

Lucy Hutton and Joshua Templeman hate each other. Not dislike. Not begrudgingly tolerate. Hate. And they have no problem displaying their feelings through a series of ritualistic passive aggressive manoeuvres as they sit across from each other, executive assistants to co-CEOs of a publishing company. Lucy can’t understand Joshua’s joyless, uptight, meticulous approach to his job. Joshua is clearly baffled by Lucy’s overly bright clothes, quirkiness, and Pollyanna attitude.
Now up for the same promotion, their battle of wills has come to a head and Lucy refuses to back down when their latest game could cost her dream job…But the tension between Lucy and Joshua has also reached its boiling point, and Lucy is discovering that maybe she doesn’t hate Joshua. And maybe, he doesn’t hate her either. Or maybe this is just another game.

Wedding Planning in a Pandemic