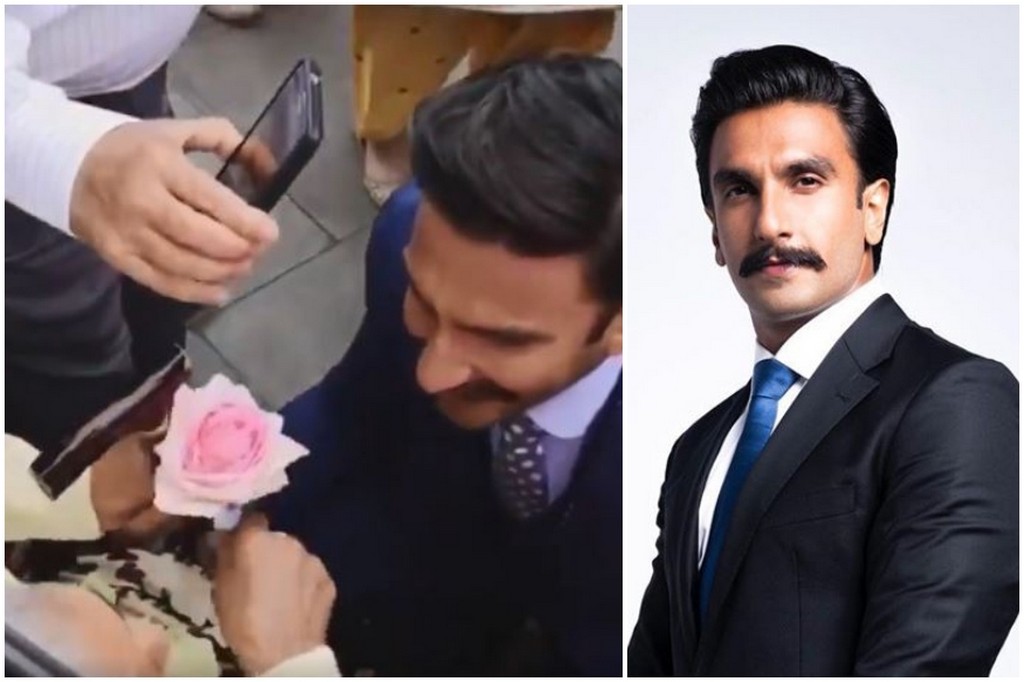 It is a known fact that actor Ranveer Singh is a huge hit with fans. The actor went to Southhall, UK on Sunday and charmed not only his fans, but also interacted with a wheelchair-bound elderly woman.

? | Ranveer Singh Spotted with some lucky fans in London ?

The video shows, Ranveer amidst the crowd and when he came across an elderly woman on a wheelchair, he stops midway and bends down to interact with the lady giving her a pink rose. She, in return plants a kiss on his cheek and Ranveer then kisses her hand.

The video became viral on the internet and someone said, “Please God this human deserves all the happiness of the world”, another called him “adorable” while a third fan said, “you are such a gentleman Ranveer. RESPECT. Loads of love to you”.

Ranveer has been based in UK for almost two months shooting his upcoming film ‘83’, being directed by Kabir Khan. Ranveer is portraying a former Indian cricketer Kapil Dev and the first look of Ranveer was revealed on his birthday.