Nick Jonas and Priyanka Chopra were days away from becoming the ideal husband and wife.

Chopra and Jonas had their first face-to-face encounter at the Vanity Fair Oscar party 2017, months before the Met Gala. 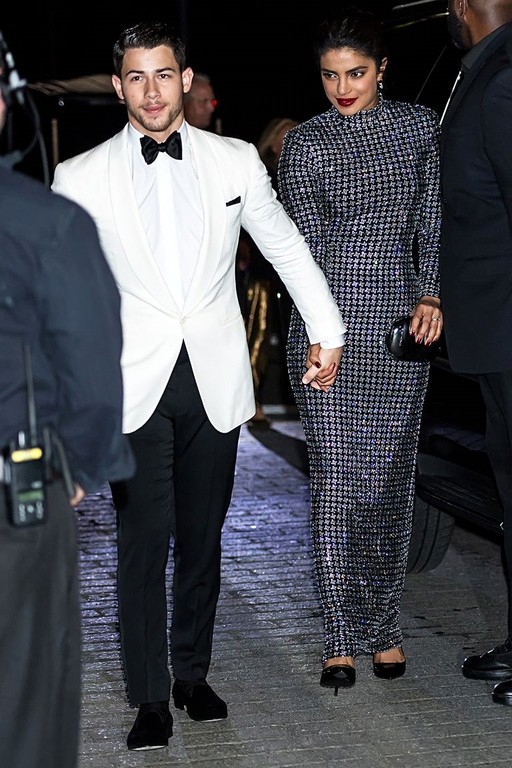 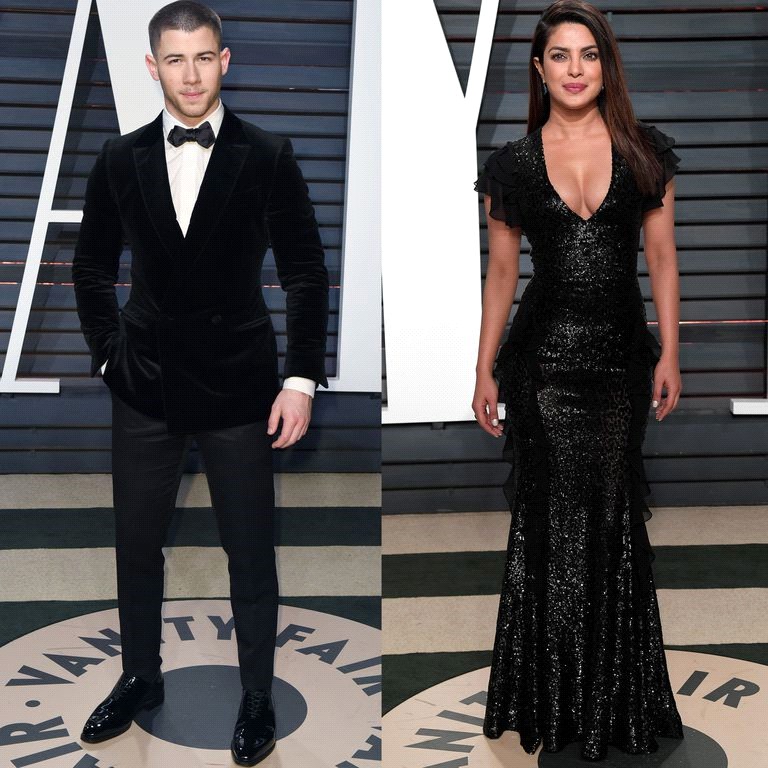 Without wasting a minute, Jonas went down on knees and confessed, ” You’re real. Where have you been all my life?”

Ralph Lauren invited them for Met gala. All the way they had been flirting via texts.

The couple had a meeting again a week before Met Gala.

Then came Met Gala where Chopra and Jonas walked on the same carpet together. 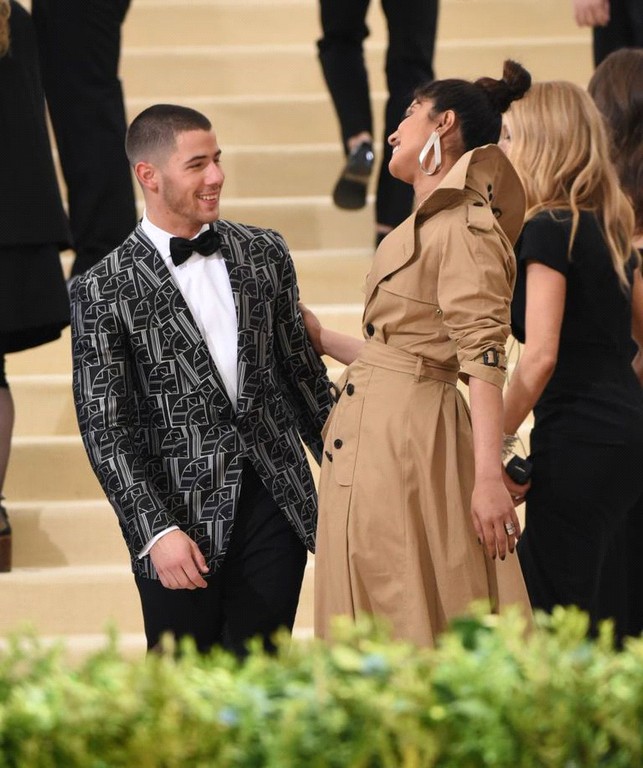 And so coincidentally, in the month of May this year the rumors of their dating going public.

By the end of July they got engaged. Priyanka was dressed in a gorgeous lemon yellow anarkali and flare pants for engagement ceremony, designed by Abu Jani Sandeep Khosla. Priyanka’s go-to-summer look inspiration, she kept her look minimal with brown-hued lips and gold-toned eyelids to go with the heavily embroidered silver anarkali. With the glow of open hair parting from middle to match with the gold jewelry and a pair of Monroe jootis from Needledust. Nick Jonas was looking perfect with white silk kurta-pajama. 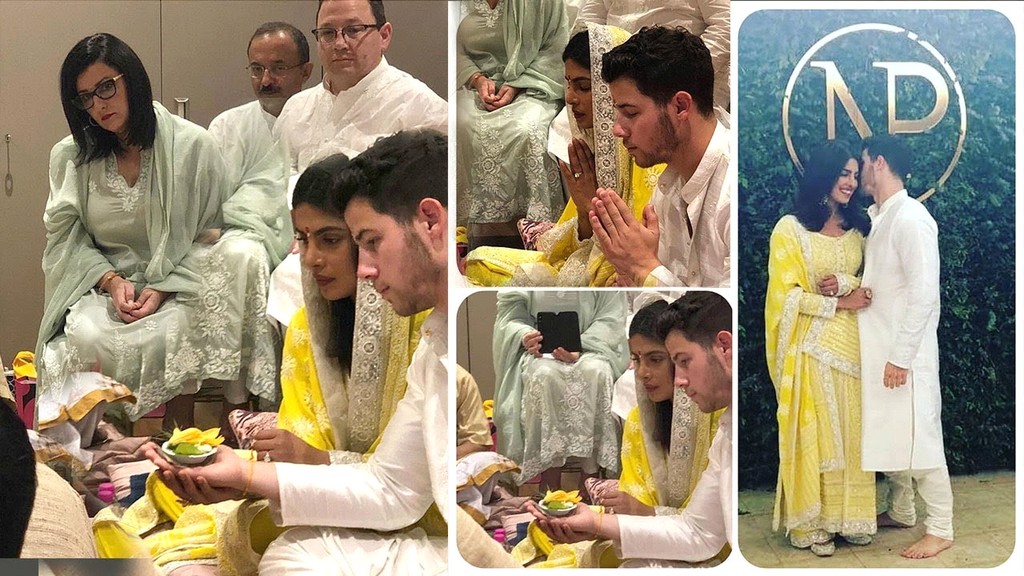 Fans barely got over to Ranveer and Deepika’s wedding that another superstars Priyanka and Nick Jona’s upcoming December wedding took over social media. 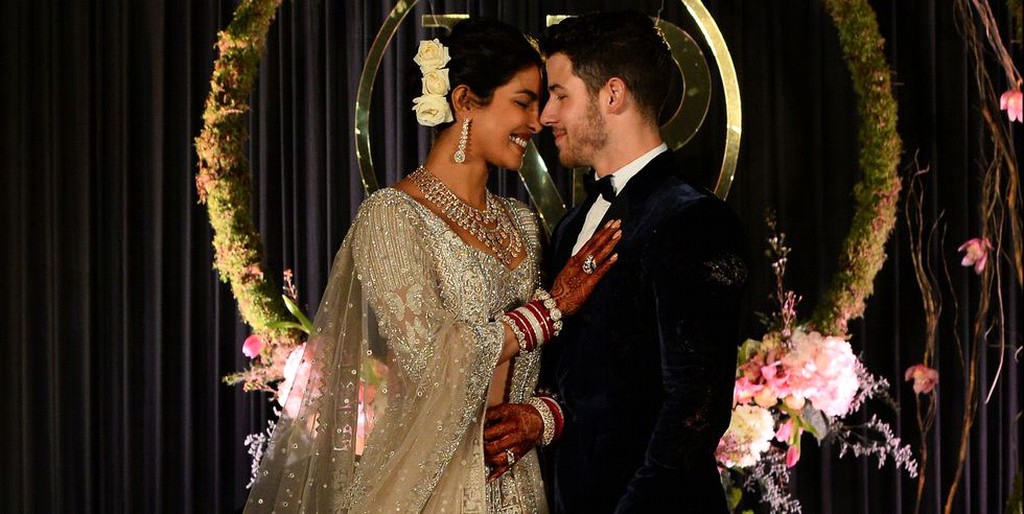 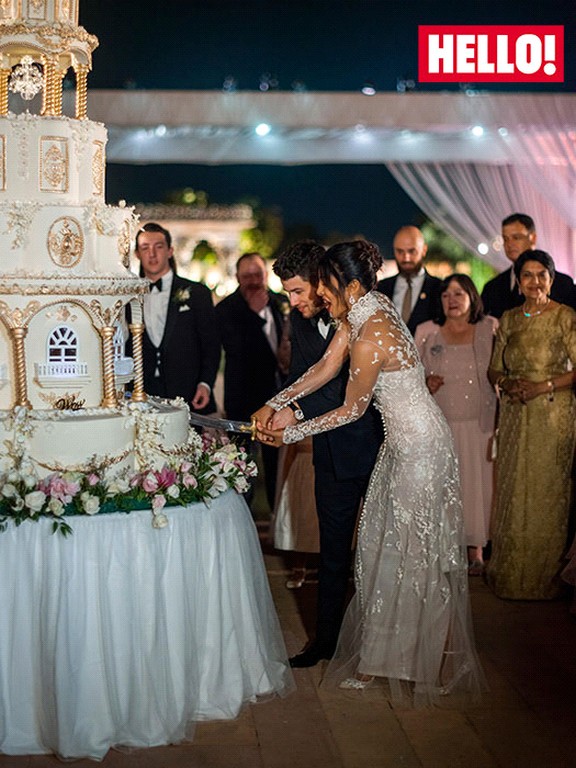 The couple were expected to tie the knot in Umaid Bhawan, Jodhpur on 2nd December. 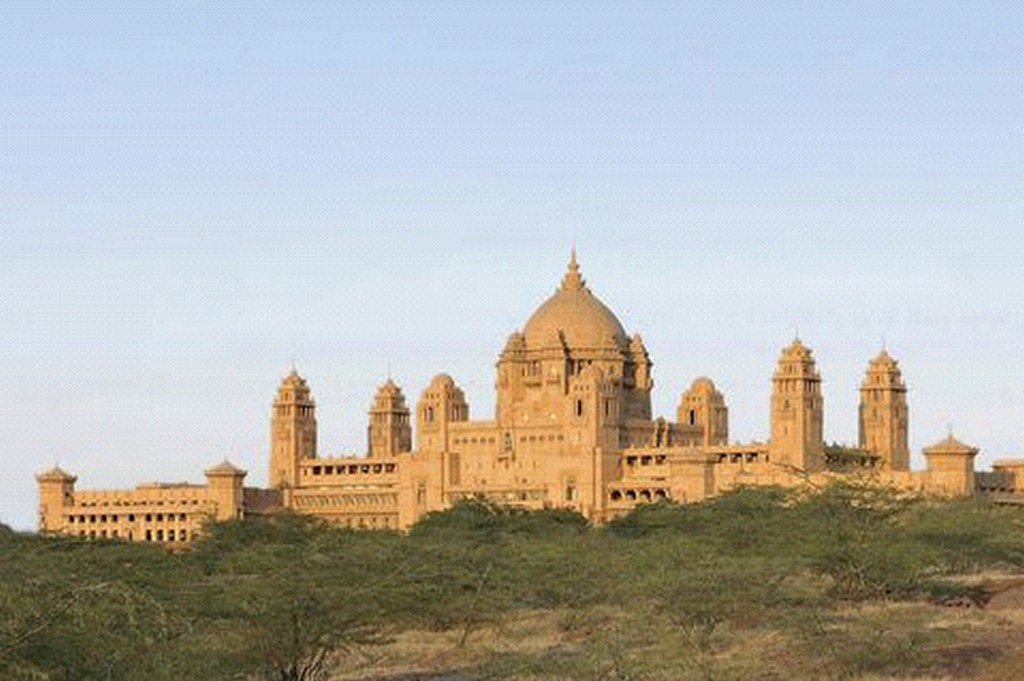 The breathtaking mehendi and sangeet were held on 29 November. From the rumors, Nick will dance on a mix of international and Bollywood songs including Priyanka’s galla goodiyan, pinga and desi girl. For the sangeet ceremony, Priyanka opted for a shimmery grey saree, designed by Duo. It was ensemble beautifully with hand embroidered  and sequinns in golden and silver. Priyanka’s dazzling saree got the glamour of simple diamond choker. Simple make-up and shiny straight hair added charm to her classy look. Nick Jonas opted for a midnight blue sherwani with silk thread detailing. 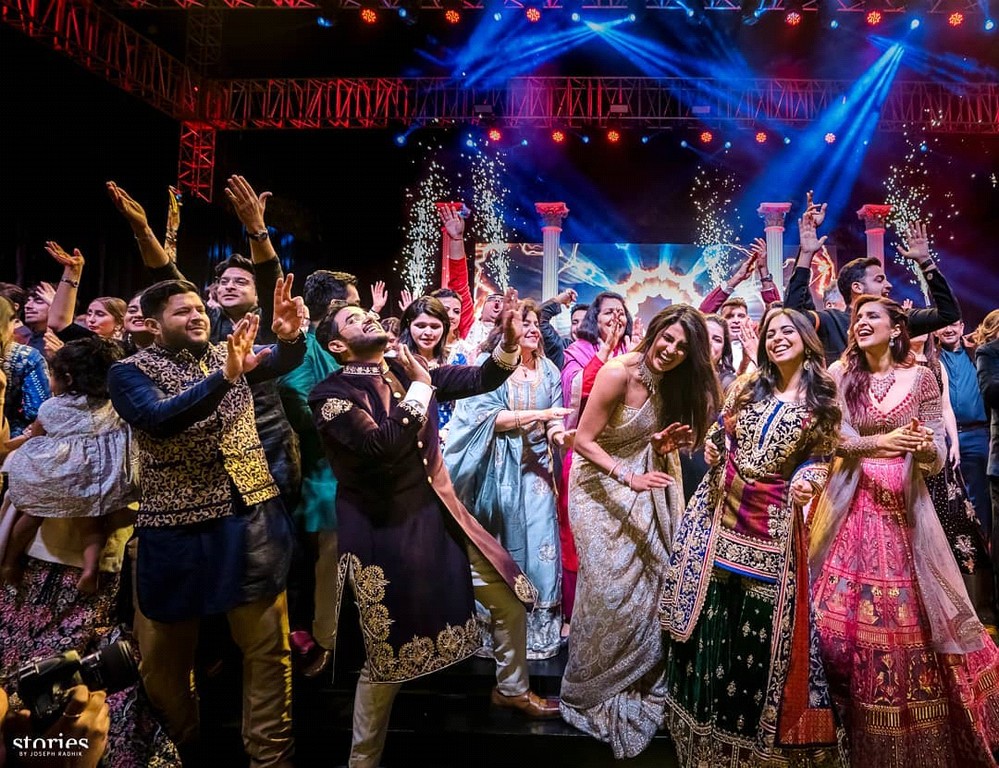 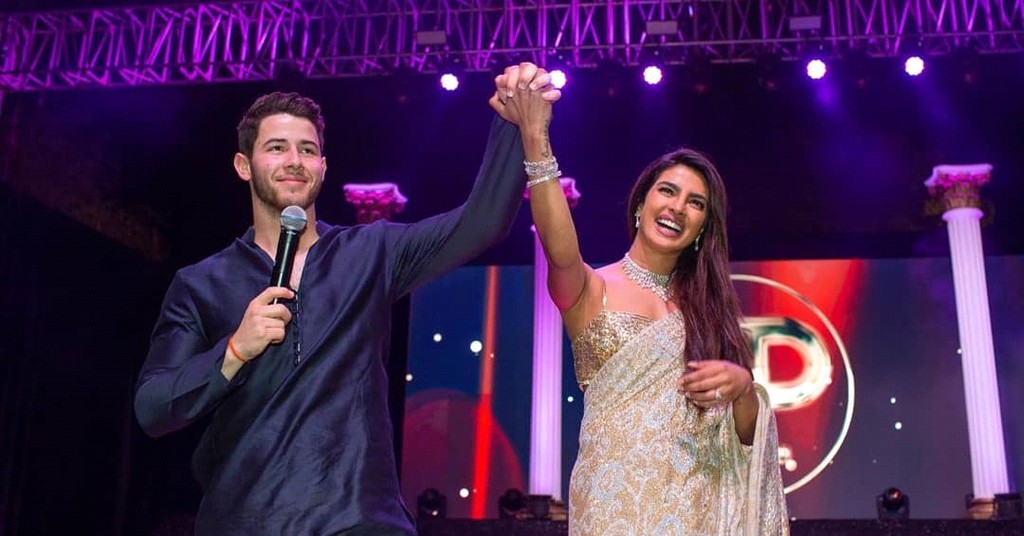 To respect each others rituals, religion and culture, both Hindu and Christian wedding held on the same day.

They invited Prime Minister Narendra Modi on their reception in Delhi. 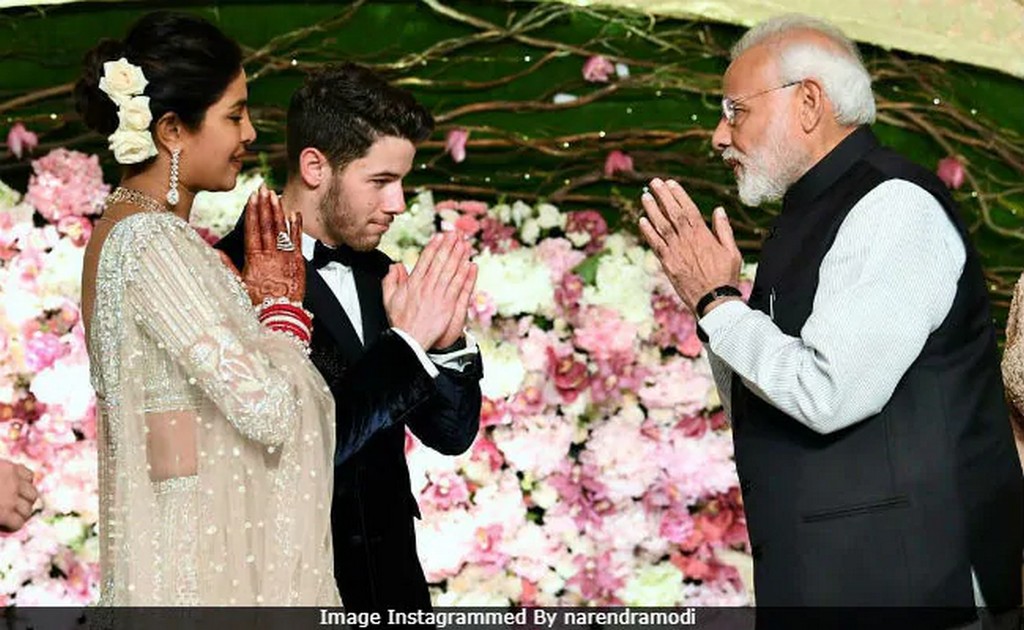 The Christian ceremony at Umaid Bhawan Palace, was officiated by Nick’s Dad Paul Kevin Jonas, was followed by official Indian ceremony on Sunday.

Her outfit, along with the groom’s tuxedo and wedding party’s ensembles, were designed by Ralph Lauren, on the first day of ceremony. The bride wore a lace, high neck gown with sheer sleeve detail and buttons down the front.According to People, her dress had “2,380,000 mother of pearl sequins and a 75-foot long tulle veil.” 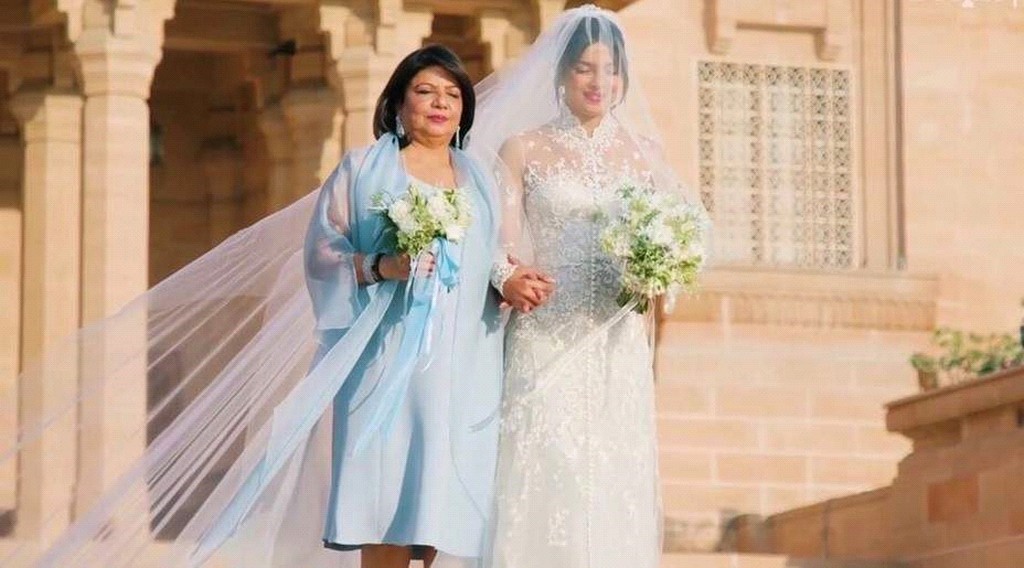 And according to People, she wanted to make sure her dress had plenty of meaning. Priyanka’s gown had some secret messages sewn in embroidery. These included her Husband’s name, date of the wedding, and words such as love and family. There were 8 messages total. 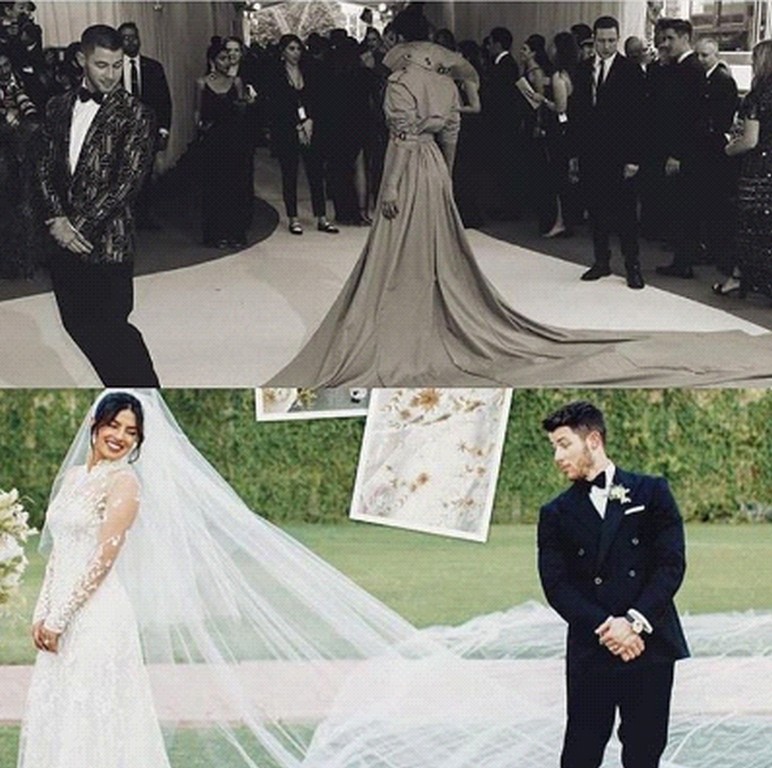 Nick’s tuxedo wasn’t your average black suit, white button-down, and tie. A piece of lace from Priyanka’s wedding dress was sewn into his jacket, embroidered with the Urdu words “My Jaan,” which means “My Life.” 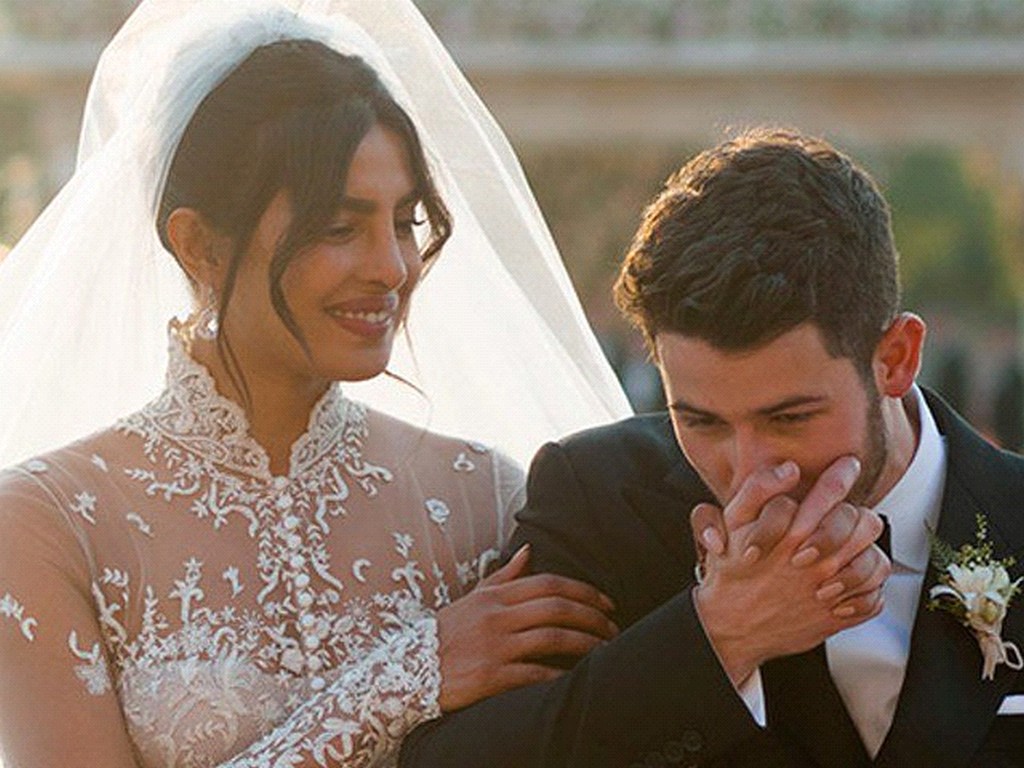 For the second ceremony, both bride and groom changed into traditional attire. The bride wore a traditional red lehenga, which featured elaborate beading and embroidery for both the cropped top, skirt, and floor-length veil. The dress was made by Indian designer Sabyasachi, and it took 110 embroiderers and 3,720 hours to make the hand-cute organza flowers, French knots, and layers of thread work. Her red lehenga also included meaningful details into that design as well. The names of her husband, Nick Jonas and her parents were also sewn on the waistband of her dress. 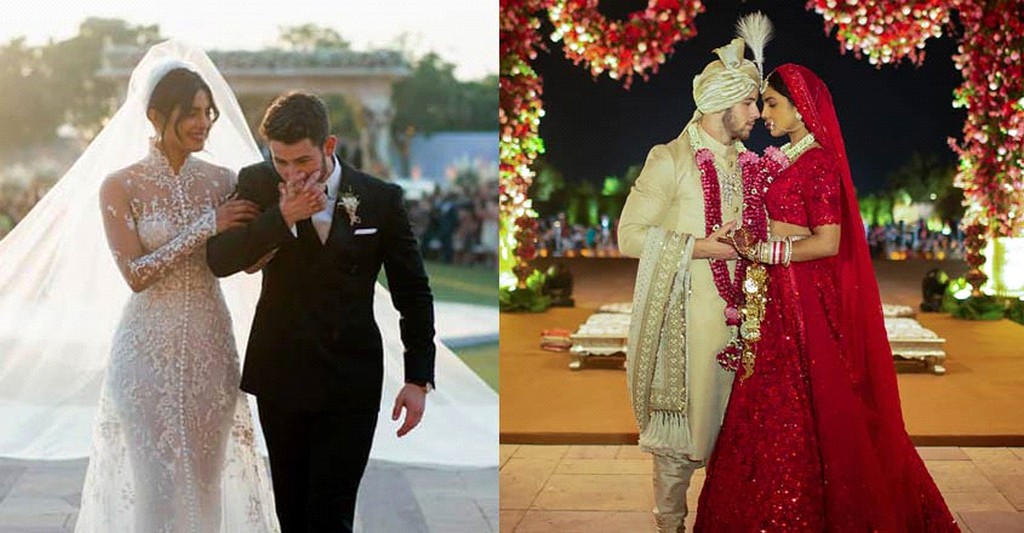 On her mehendi ceremony, Priyanka wore the most colorful dress, we have ever seen, designed by Abu Jani Sandeep Khosla, for her haldi fucntion. She dressed up in an incredible look in sunset with its pink, green, yellow and golden theme. Priyanka accesorised with Indian bindi and a detailed chain necklace. 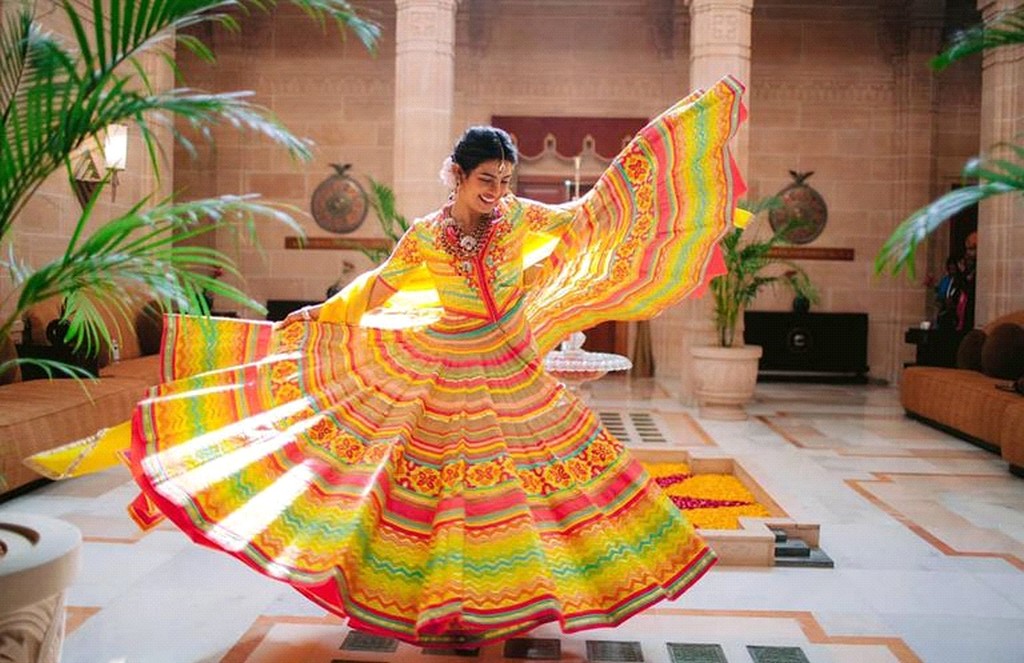 THE WEDDING WAS NOT JUST THE WEDDING. IT’S A BUNCH OF EMOTIONS AND DREAMS THAT EVERYONE STILL HAS ON THEIR DO-TO-LIST! 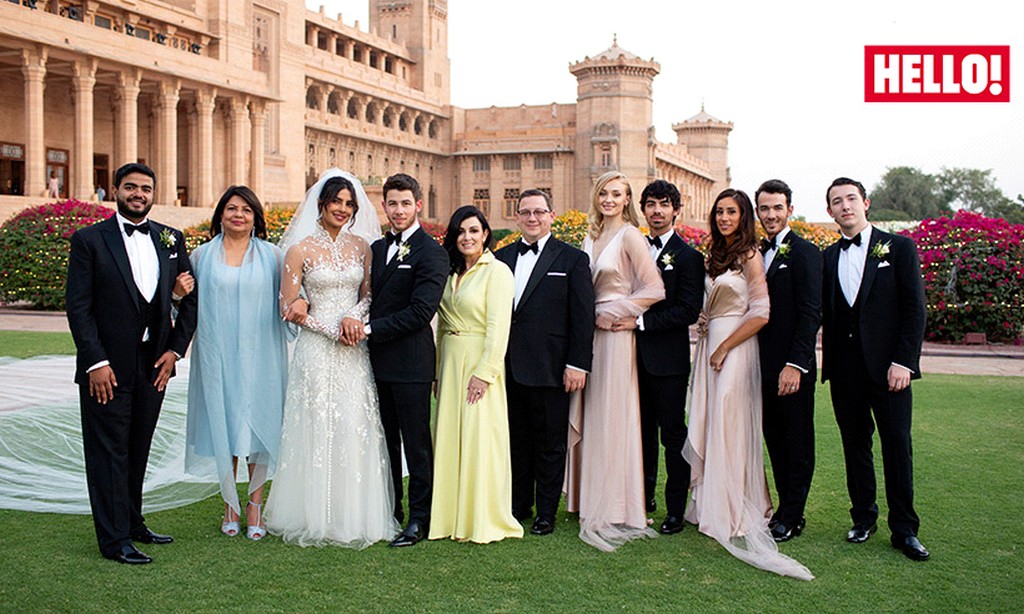