Celebrate Dasara in the Land Of Chamundeshwari 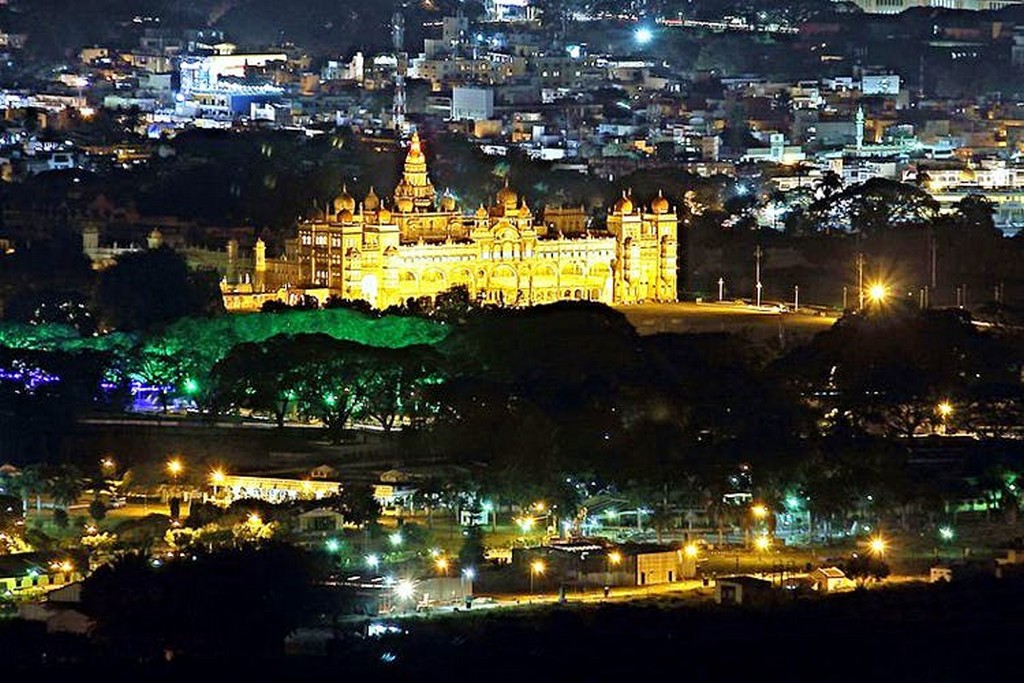 Celebrate Mysuru Dasara, the Nada Habba (State Festival) of Karnataka the colourful ten-day festival in all its fervour.

The story behind the celebrations goes like this…The Mahishasura, a mythological demon was killed by Goddess Chamundeshwari, whose temple is located at the top of Chamundi Hills. It is the celebration of good over evil.

Here are a few places to visit on your trip to Mysuru. 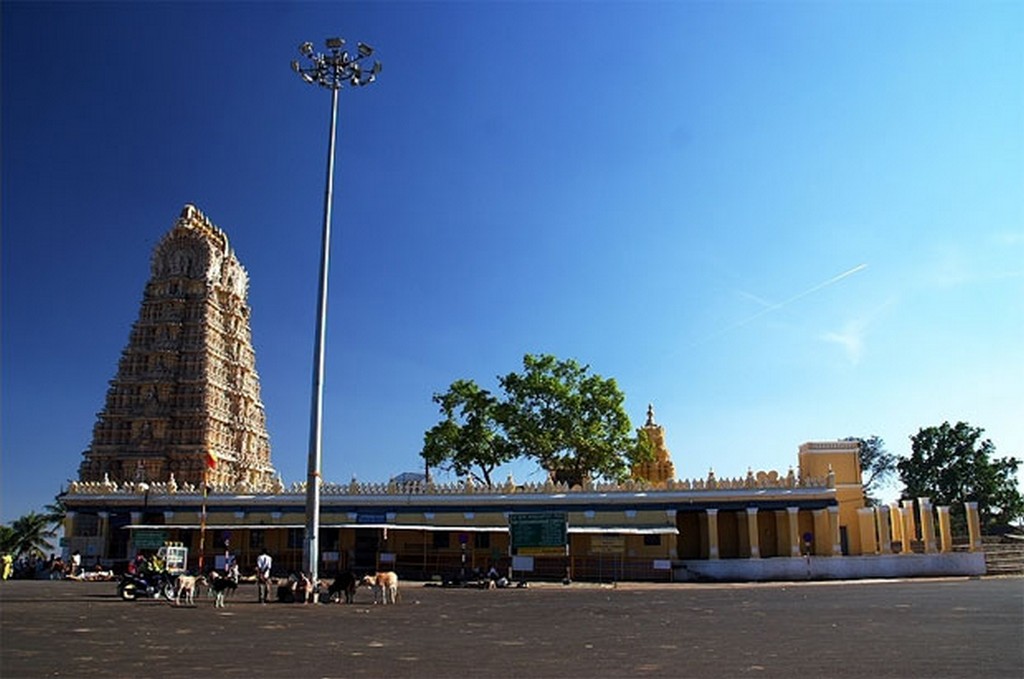 As the name refers, Chamundi Hills is named after Goddess Chamundi. The temple is situated at the top of the main hill that features an ancient stone stairway of 1,008 steps leading to the summit. Dasara celebration is one of the biggest annual celebrations at the temple. The rituals related to the festival are performed for the Goddess during Dasara in the presence of the royal family of Mysuru, ministers and high-ranking officials in the Government of Karnataka and other special dignitaries. 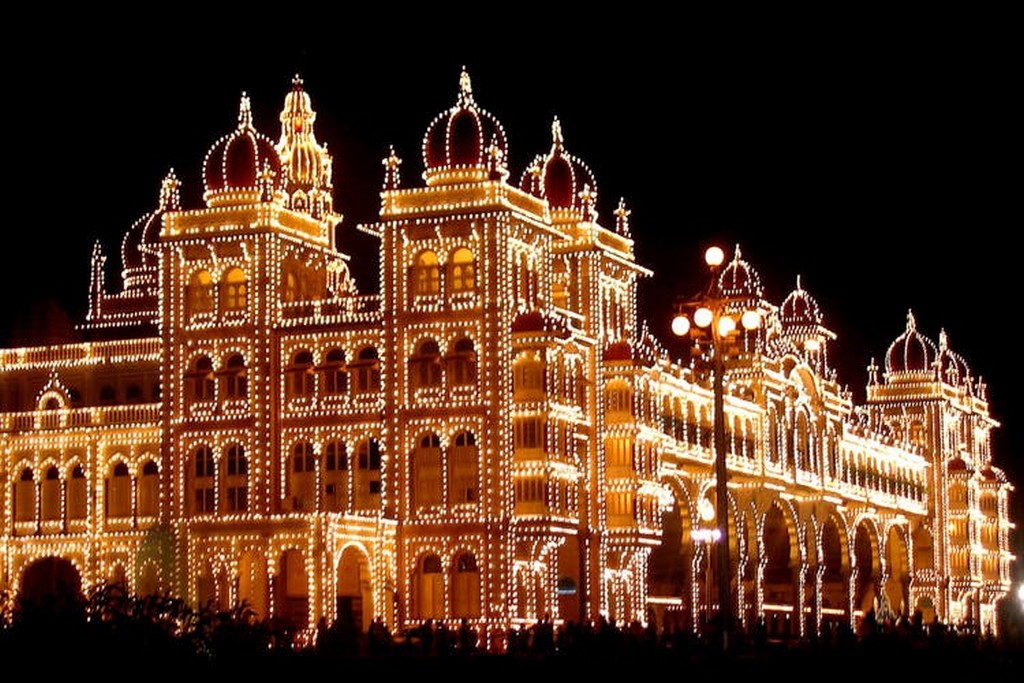 Mysore Palace is renowned the world over for Dasara celebrations and the celebrations are incomplete unless the royal family presides over the royal court at the Amba Vilas Palace in Mysore. Witness the Mysore Palace illuminated daily with nearly 1,00,000 light bulbs from 7 pm to 10 pm throughout the 10-day Mysuru Dasara festival.

Although the iconic Mysore Palace is what attracts millions of people across the world, there’s so much more to Mysore than the palace. You can also visit the Jaganmohan Palace, Lalitha Mahal Palace and Jayalakshmi Vilas Palace. Palace on Wheels – the special one-day bus tour takes you to all the eminent places in Mysore this Dasara. 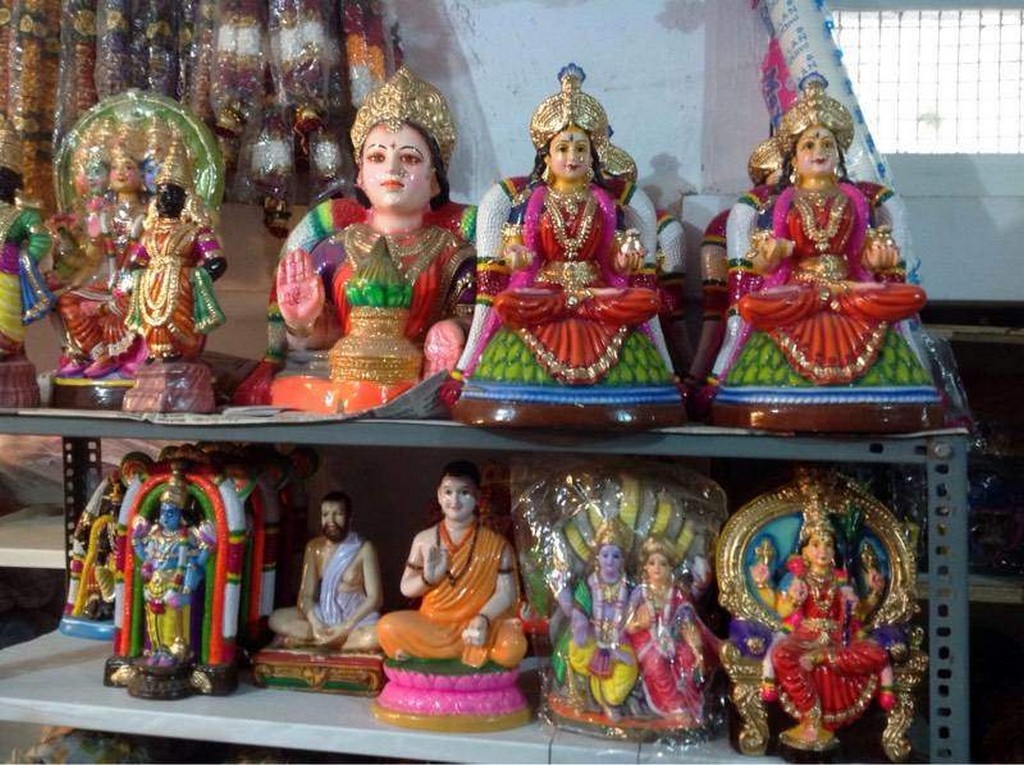 Dasara Festival is known for the doll arrangements in South India. Dasara dolls or Bombe Habba or Golu or Kolu (Kannada), Bommala Koluvu (Telugu) or Bommai Kolu (Tamil) are decorated during the festival. The doll collection is depicted with figurines, court life, stories from mythology and every-day scenes along with the divine presence of Goddess Saraswati, Parvati and Lakshmi during Navratri. You can also sign up for a breathtaking aerial view of the palace from Hot Air Balloon Rides and Helicopter Rides.