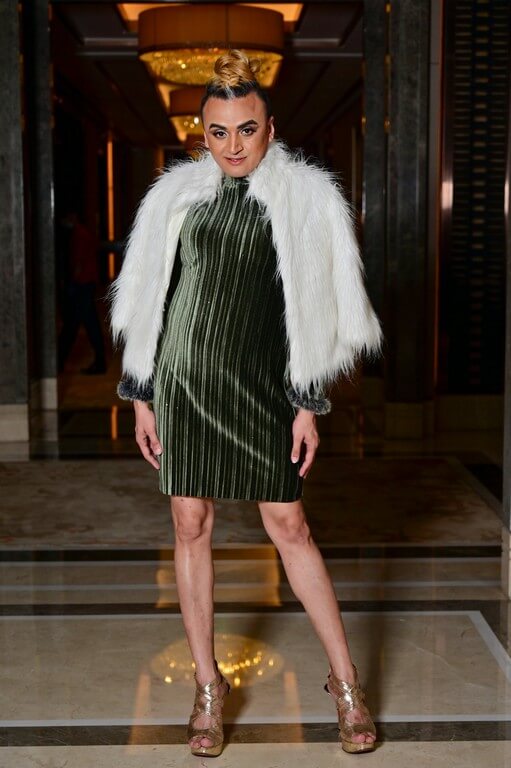 High Fashion Stylist Amit Pandya, a Fashion Icon and Style Diva who believes in always switching it up and states one can never be too dressed up, make no excuses and be fearless by taking life totally with a pinch of salt. She has been part of the Fashion fraternity for over two decades now and is also a High Fashion Stylist, Ramp Walk Etiquette Trainer, Jewellery Stylist and an Ace at conducting fashion shows and shoots. She spent a large part of her career being a Stylist for one of the magnificent Jewellery House C. Krishniah Chetty group of Jewellers.

This Akshay Tritiya, Amit Pandya showcases how to go minimalistic yet look elegant and dynamic as there is a trend to buy jewellery on this day. She has styles for many celebrities, the LGBTQ Community and also for the differently abled. She has shown sensitivity towards society and believes in bringing about a change in the fashion industry by styling people from all backgrounds. She has styled many celebrities from the different walks of life from Bollywood to the South Indian Industry like Soha Ali Khan, Tapsee Panu, Mughda Godse, Gauhar Khan, Rati Pandey, Anjum Fakih, Gurpreet Singh, Madhusneha, Shruti Hariharan, Ramya, Shruti Hassan, Richa Gangopadhyay, Shweta Prasad, Kavya Gowda, Sharmila Mandare, Kavya Shetty, Krishita Panda, Tanya Hope, Neha Saxena, Angana Roy, Bharath Gowda and many other ravishing celebrities.

Amit Pandya has also been featured in the Provoke Magazine and Lejeune Fashion Magazine for her panache and finesse. She has represented India as a stylist for Mrs. India Universe 2016 at Mrs. Universe Pageant 2016 held at Guangzhou, China and made India proud by being nominated to Top 10. She has worked with Jewellery Brands like Navrathan, Rubans by Chinu Kala, Emerald store by Anjum Azeez, Kuber Jewellery by Nikhytha Sysodia. Make up academy like Gloss and Glass, Zorain studio and Academy.

Hi Life Exhibitions – Fashion, Lifestyle and Luxury under one roof!

The House of Prana