Indian cricket team all-rounder and very stylish Hardik Pandya recently announced his engagement to his girlfriend Serbian model Nataša Stanković with a very Bollywood-esque message on Instagram. The couple’s relationship was under speculation after being spotted on many occasions together. Pandya finally made their relationship official by proposing to Stankovic during a vacation in Dubai on New Year’s.

Quoting a line from the song “Janu meri Jaan”, from Amitabh Bachchan starrer Shaan – “Mai tera, tu meri jaane, saara Hindustan. #engaged he declared his love and sealed his relationship status. The image was followed by the happy couple sitting beside each other and his fiancé displaying the impressive bauble. 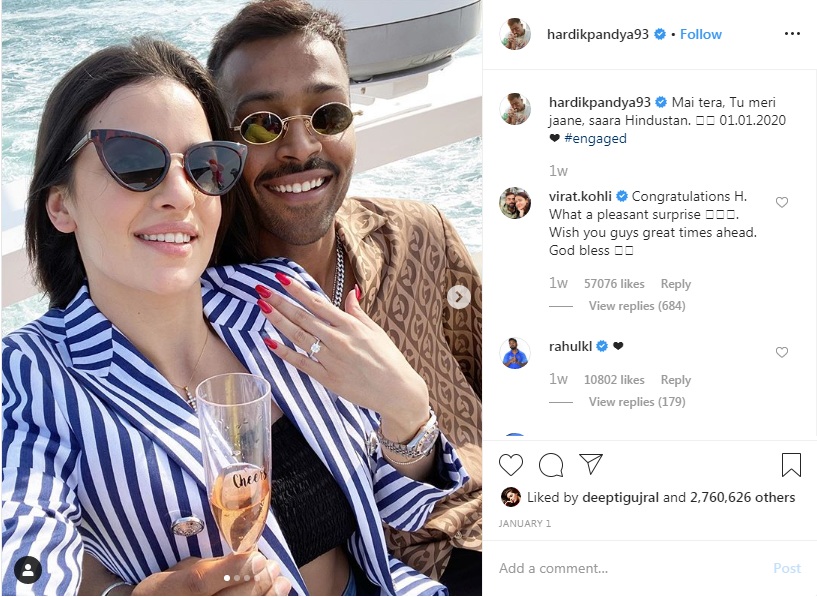 Stankovic, too uploaded a video on her handle with the caption, “Forever Yes”. To the unbeknownst, Pandya’s fiancé has walked the Indian ramps and has been a participant on reality shows like – Jhalak Dikh Laja alongwith Big Boss. A trained dancer she has also made her presence in songs such as “DJ wale Babu” and has also starred in a couple of Bollywood movies. 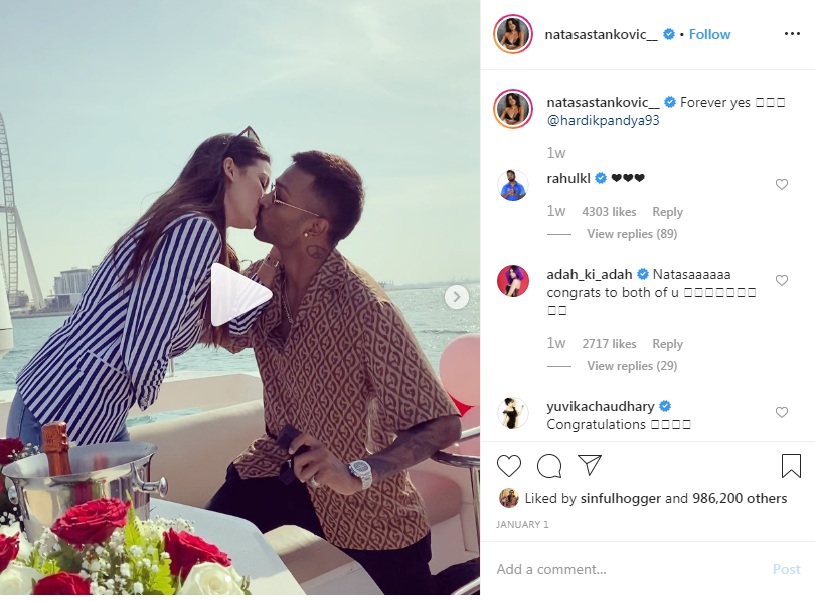 Best wishes have been pouring in for the cricketer from team mates, celebrities, friends and fans alike. The association between the world of cricket and glamour has been a long standing one with couples like Virat Kohli-Anushka Sharma, Zaheer Khan-Sagarika Ghatge, Yuvraj Singh-Hazel Keech, Tiger Pataudi-Sharmila Tagore etc. to name a few. 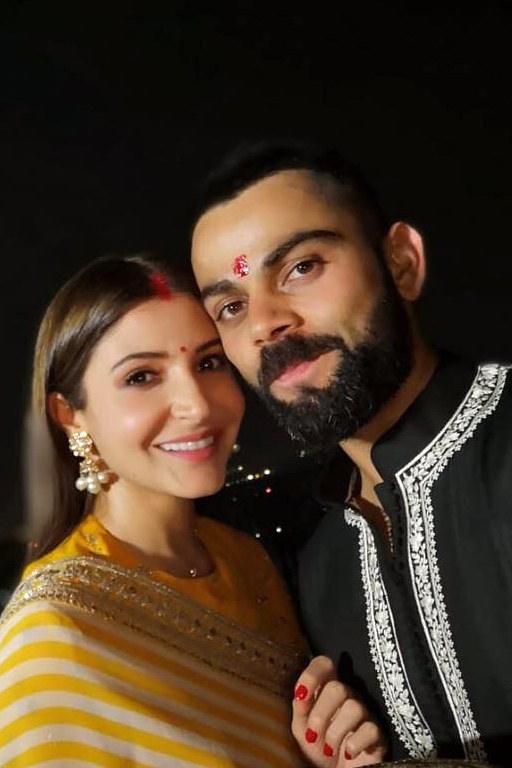 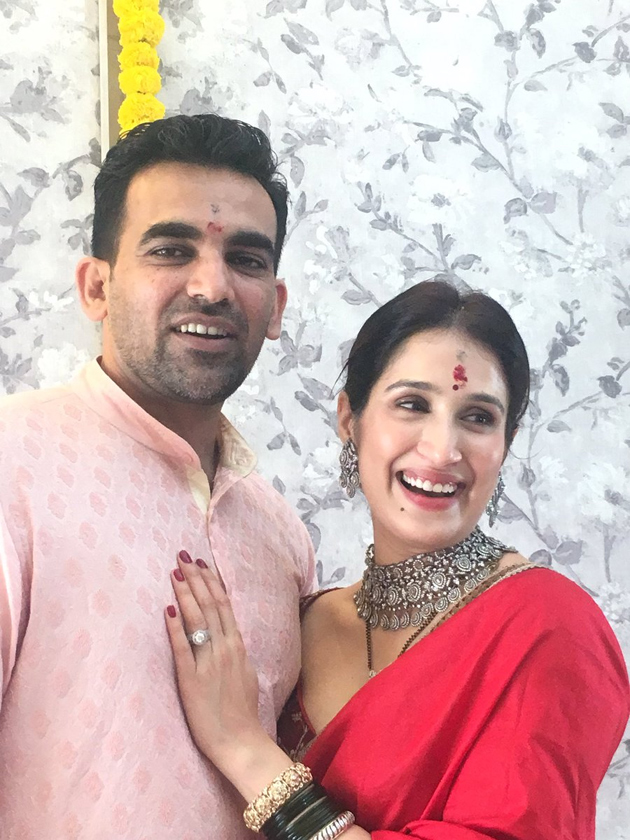 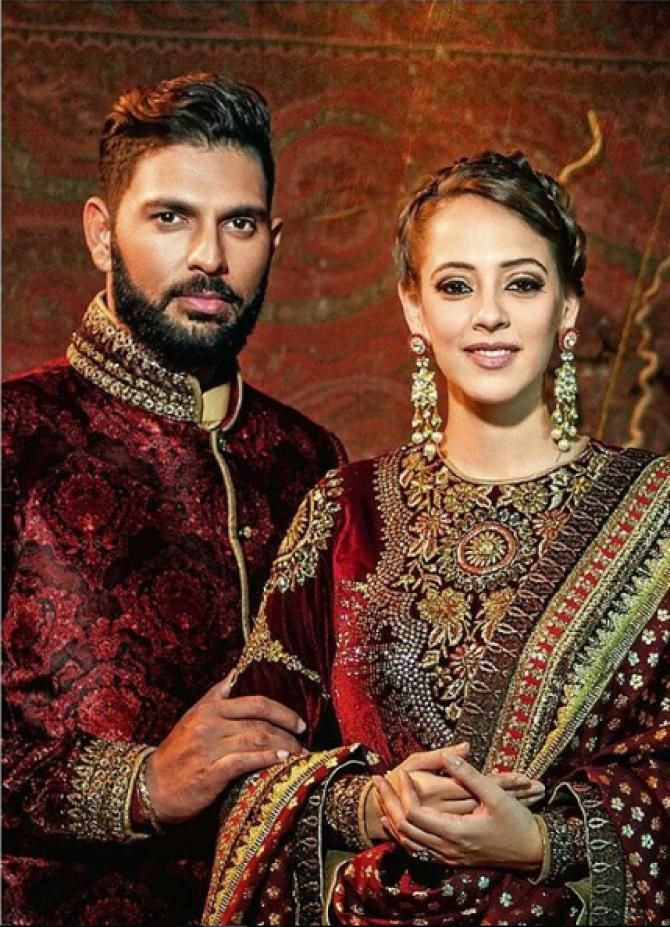 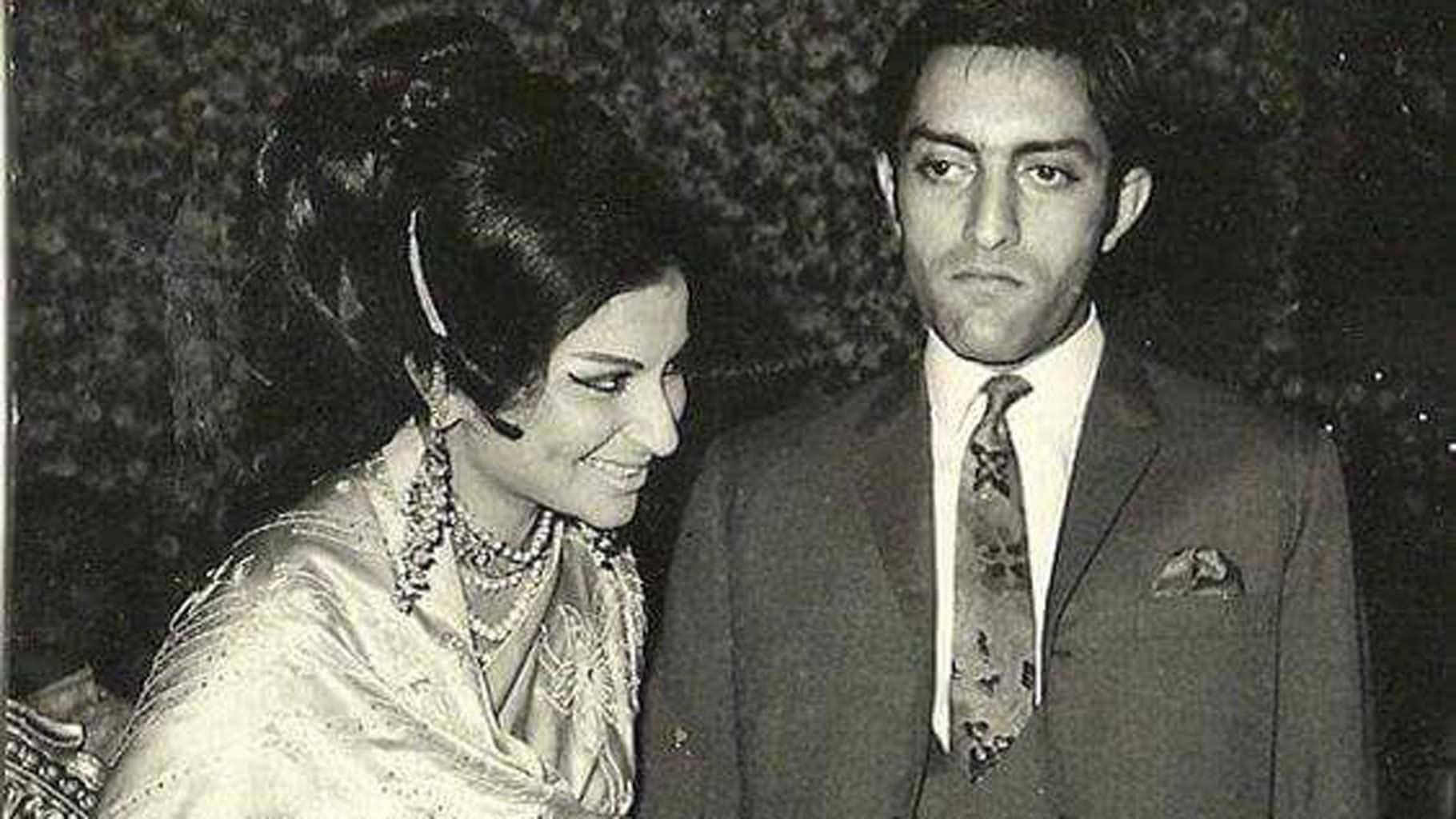