Reminiscing through the years, I note that my own musical journey has been a rather arduous and enduring one as I completed my Engineering, then MBA, then strived in the Corporate World till I became the India Head of an American Consulting company; before getting a chance to immerse myself completely into my passion for music production!

Born into an Indian Army background and growing up in the disciplinarian backdrop of the Delhi Cantonment, my upbringing was far from the creative cosmos of music or the arts, at the onset; and the expectation of admittance to premier institutes was palpable throughout my schooling. 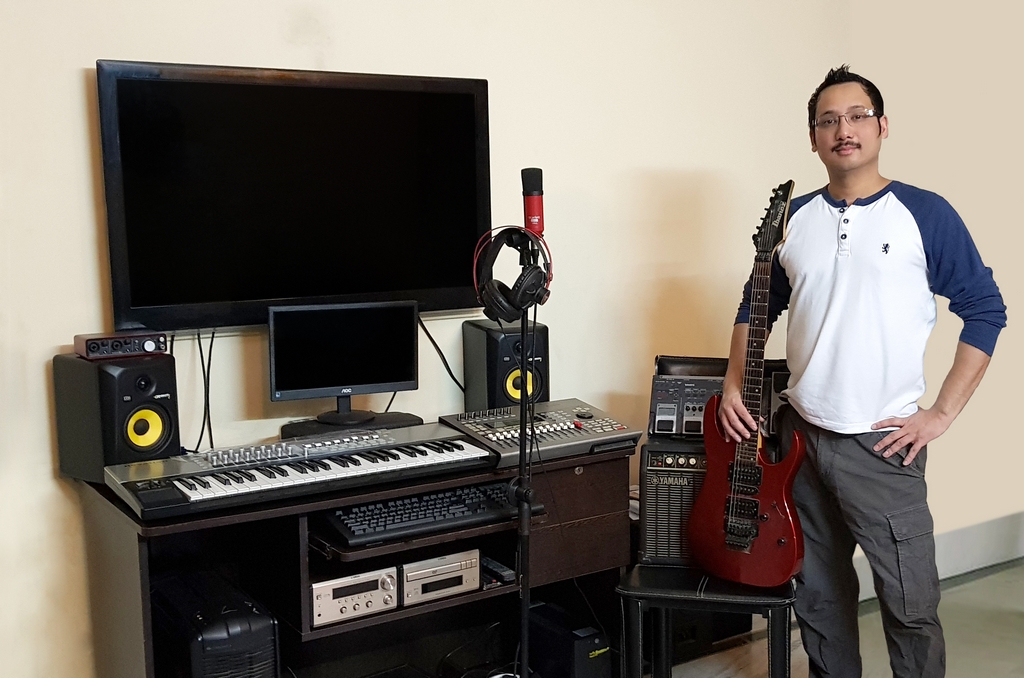 Then the decade of the 90s ushered in the era of MTV in India, when teenagers were exposed to music beyond Bollywood; and Rock and Pop Music took root in their hearts – guitars, drums and manic musicians with monstrous manes were topping the charts and creating a place for themselves amongst the kids in India. This was the time when I secretly became a bathroom singer!

Having gained admission to the Delhi College of Engineering, it was here that I started learning to play the guitar. By my final year, it was apparent that there was some small degree of talent for guitar and vocals, in my possession; and I started performing across the Delhi University College Festivals.

As I graduated with an Engineering Degree, I gained admission into another institute for my MBA – MDI Gurgaon. Music had to wait another couple of years as I started my corporate career after MDI, as a management consultant in a consulting firm in Gurgaon.

The passion for music continued alongside demanding corporate roles; and my experiences continued to fuel my imagination with thoughts and ideas for themes, lyrics and compositions; and I kept docketing these concepts which would someday populate my repertoire. I also setup a small home studio and schooled myself on the various facets of music production from operating a DAW to recording techniques to engineering and mixing tracks.

I produce songs in both Hindi and English – these are typically on serious subjects and hinged on lyrics and thought. My music can be considered to be of the Rock genre subdivided into Hard Rock and Sufi Rock; with instrumentation through Drums, Acoustic and Overdriven guitars; and Basses.

While the journey has been ongoing, I start my career with “The Purge” and hope to contribute my two pennies worth, to the Resurrection of Rock!