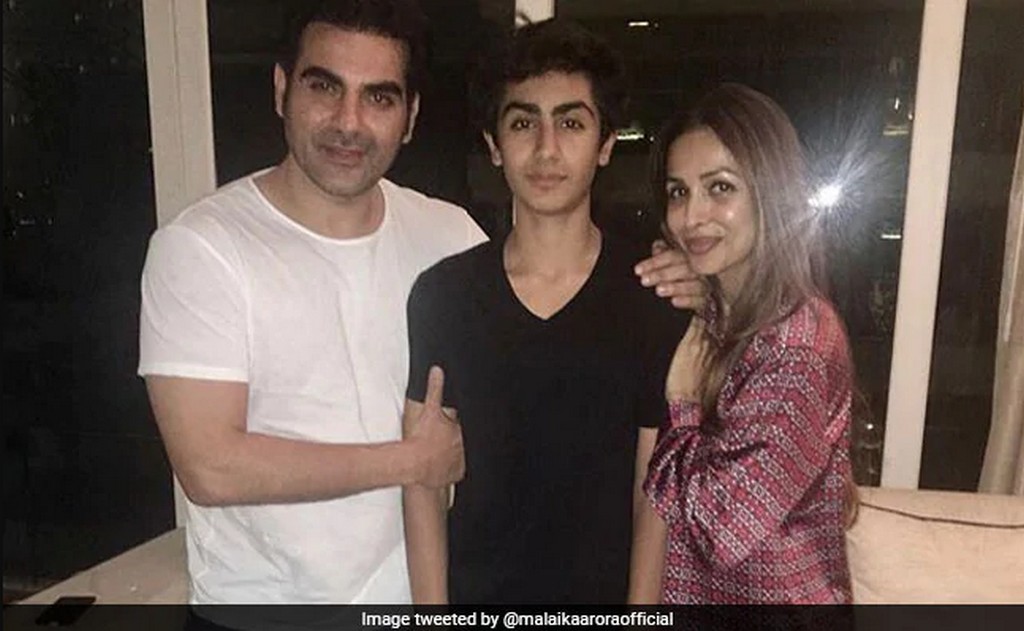 Malaika Arora shared a throwback photo of her ex-husband Arbaaz Khan’s childhood picture with a collage of one of Arhaan‘s photos from when he was much younger which clearly revealed the uncanny similarity between the father-son duo.

She wrote in her Instagram story, “OMG. Arhaan, you are a Xerox copy of your papa,” tagging Arbaaz Khan. Malaika and Arbaaz were married in 1998 and got divorced in 2017 ending their 19 years of marriage. 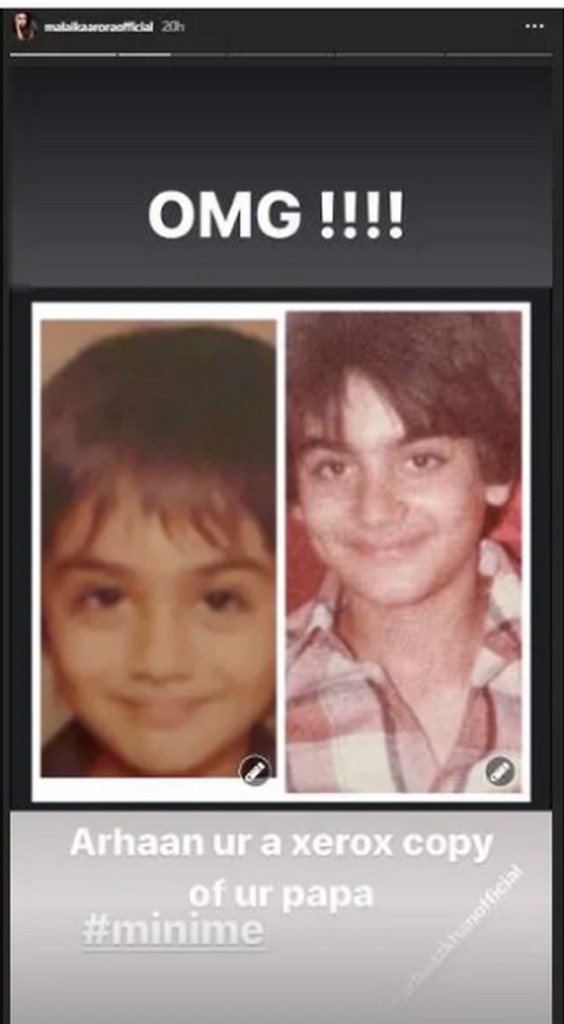 In a recent interview with Zoom Tv, Malaika Arora revealed that Arhaan is a huge fan of movies because of grown up in a Bollywood khandaan, but whether he wants to be part of the industry or not, is still uncertain.

Arbaaz said, “I have a good equation with her side of the family too. So, if we could not live amicably under one roof, we decided to lead our lives separately. Our son has kept us bonded, and when he grows up everything will be better.“