A Club is Born on Zoom

Born in the midst of Physical Distancing, the newest Rotary Club in the city, Rotary Bangalore Social, had a virtual installation recently. RBS is the first club worldwide to do so. In another first, 60 percent of its members are women, including its first President Rtn. Sandhya Mendonca. 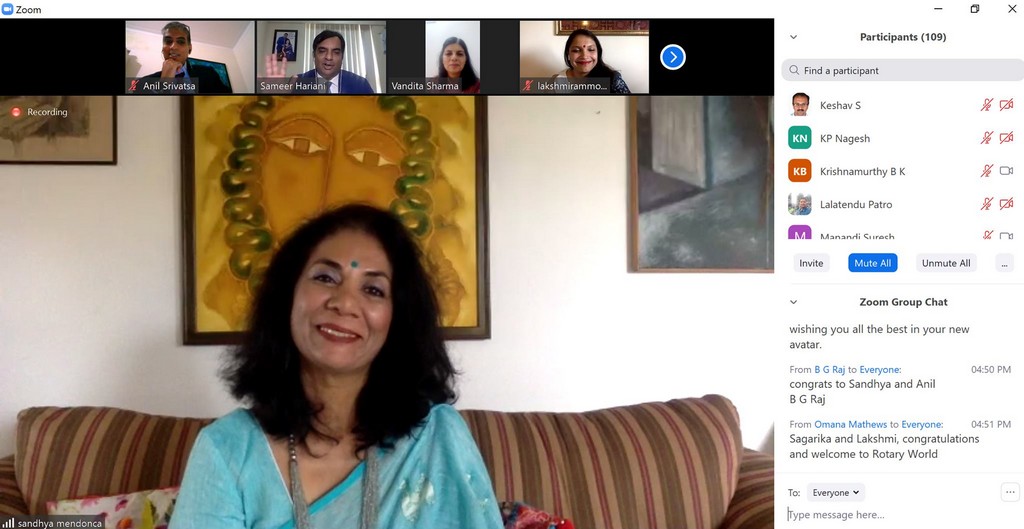 Vandita Sharma, IAS, Additional Chief Secretary and Development Commissioner, Government of Karnataka, was the chief guest at the E-Installation event held on Zoom. She expressed gratitude on behalf of the government to non-governmental organisations that are helping in COVID- 19 relief and hailed the work of the Rotary Clubs. “It’s great that the new Club is being installed in the midst of the pandemic and that it’s headed by a woman. I am happy to note that 60 per cent of the members are women, it’s not no in the government where women are probably 30-32 percent and even less in the civil services”, she said. 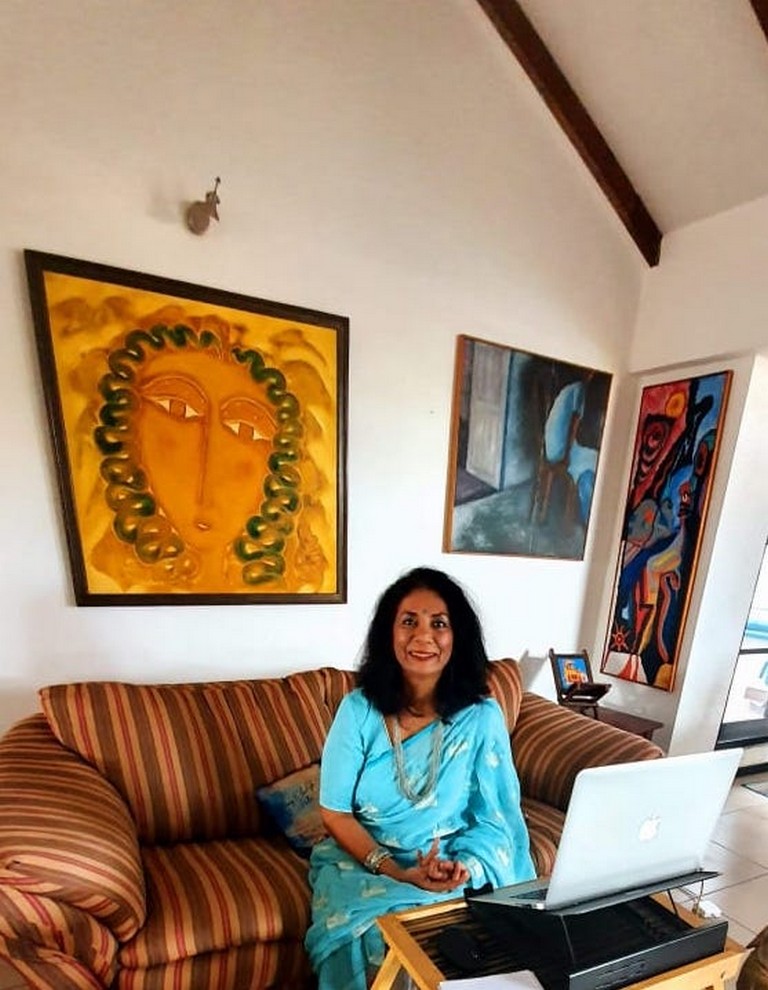 Rtn. Sandhya Mendonca, Charter President of the club, said, “It is a privilege to be elected to this position and a rare honour to be the charter president. We are an urban club and will focus on initiating projects that will have an impact in Bengaluru in the areas of Health, Hunger and Literacy, and gender equality will be at the centre of everything we do. Our members are accomplished professionals in the fields of medicine, technology, law, finance, advertising, media, retail, education, architecture, hospitality, social sector and more, and we hope that our combined expertise will deliver significant value. Many of our members are already working on community welfare projects in their individual capacities and we hope to pool our resources and scale the service we can render.”

Says , the moving force behind the club, who has been a Rotarian for several years and had chartered a club in the US earlier in 2002, “My intention was to bring together like-minded people and I was clear from the start that there should be gender parity and place Rotary as a younger person’s club. The youngest is 27 and the oldest 55. I think this is the fastest Rotary Club ever to be formed; from idea to charter, it took us just 2.5 months. This can happen only when everyone rallies around a good idea.”

The Board of the newly formed Rotary Club of Bangalore Social comprises:

A Club is Born on Zoom

How can Fitness Enthusiasts Prepare for New Career Opportunities