K.G.F. Chapter 2 is in the making and is all set to be bigger than its first chapter. The makers have been spilling some beans on the story with its poster releases and speculations running across have created another level of excitement all across. The makers have finally revealed the release date of the movie and the cinema-goers can already eye- 23rd October, 2020. 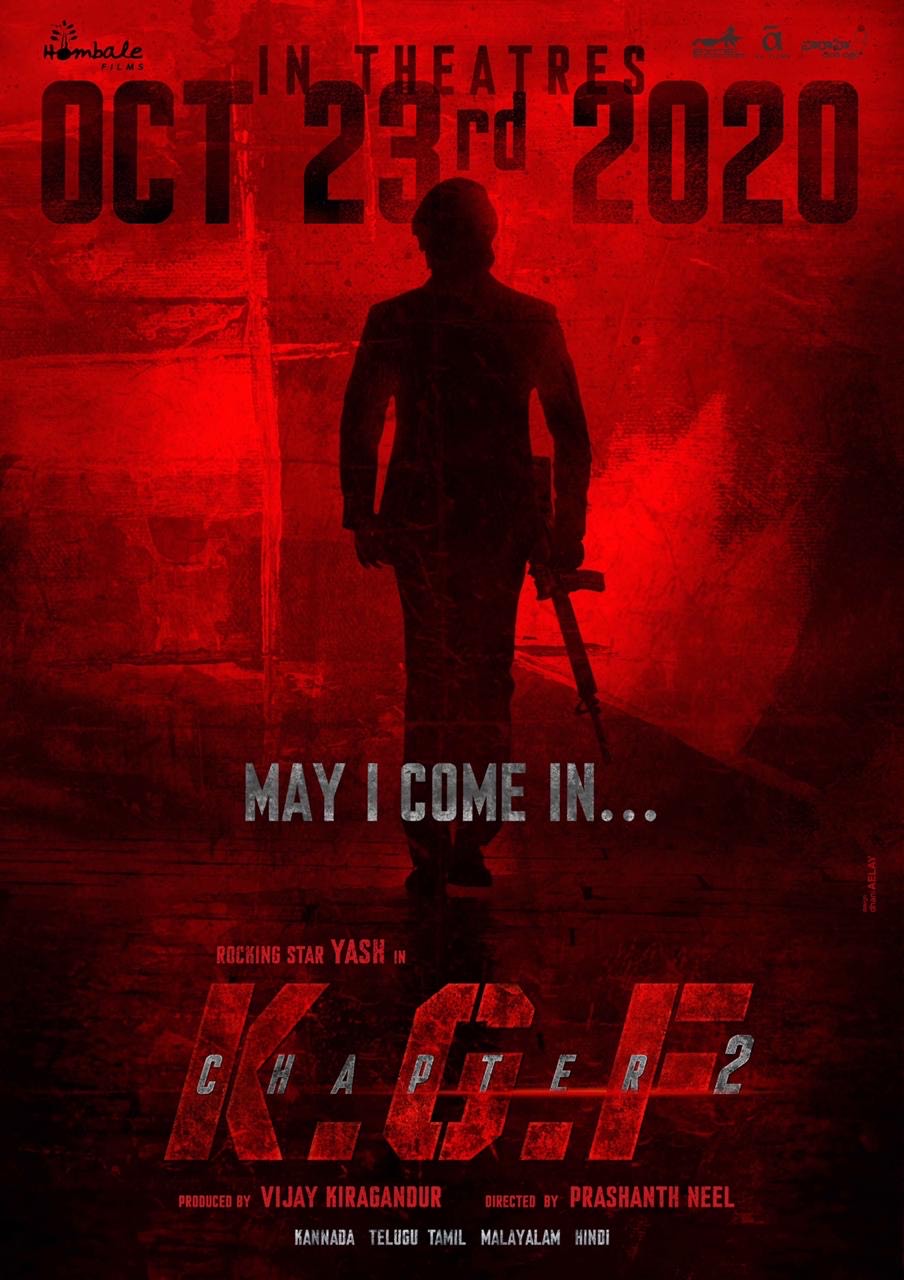 Excel entertainment took to their social media and shared the news with everyone as they posted, “#KGFChapter2 releases worldwide on 23rd October, 2020.

The poster has an intriguing visual with a silhouette of Yash holding a gun in his right hand on it, with an entire blood-red background around it. The poster says ‘May I come In…‘ and we already feel the chills.

The success of the Kannada film KGF, which was released in Hindi, Tamil, Telugu, and Malayalam, has proved that audiences are keen to accept crossover content, now expectations rise with the announcement of KGF Chapter 2.

As the days are inching closer, the excitement has been increasing for the audiences. The fact that Yash has been prepping so hard even for a 10-minute action scene has kept all the fans wondering about what an action-packed movie it’s going to be. The recent announcement that even Raveena Tandon is going to be a part of this chapter has added to it all, as well.

KGF Chapter 1 marked Ritesh Sidhwani and Farhan Akhtar’s Excel Entertainment’s first Kannada venture and now, the production house is elated to be associated with a mega ambitious project with KGF Chapter 2 which will finally release on 23 October 2020.