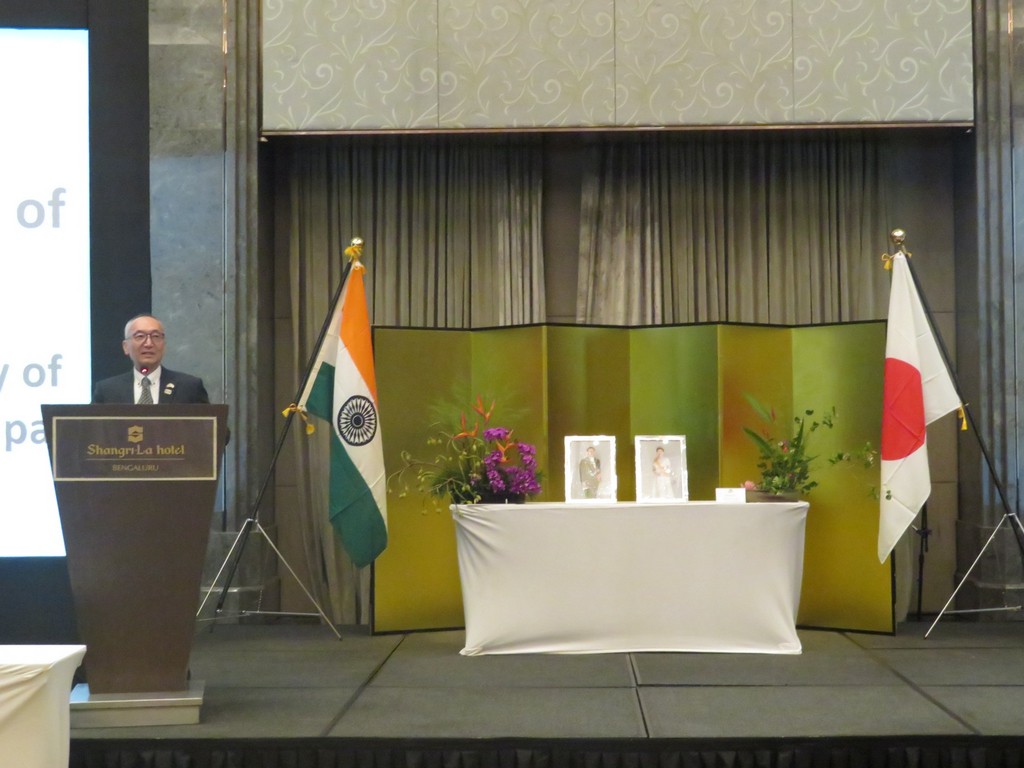 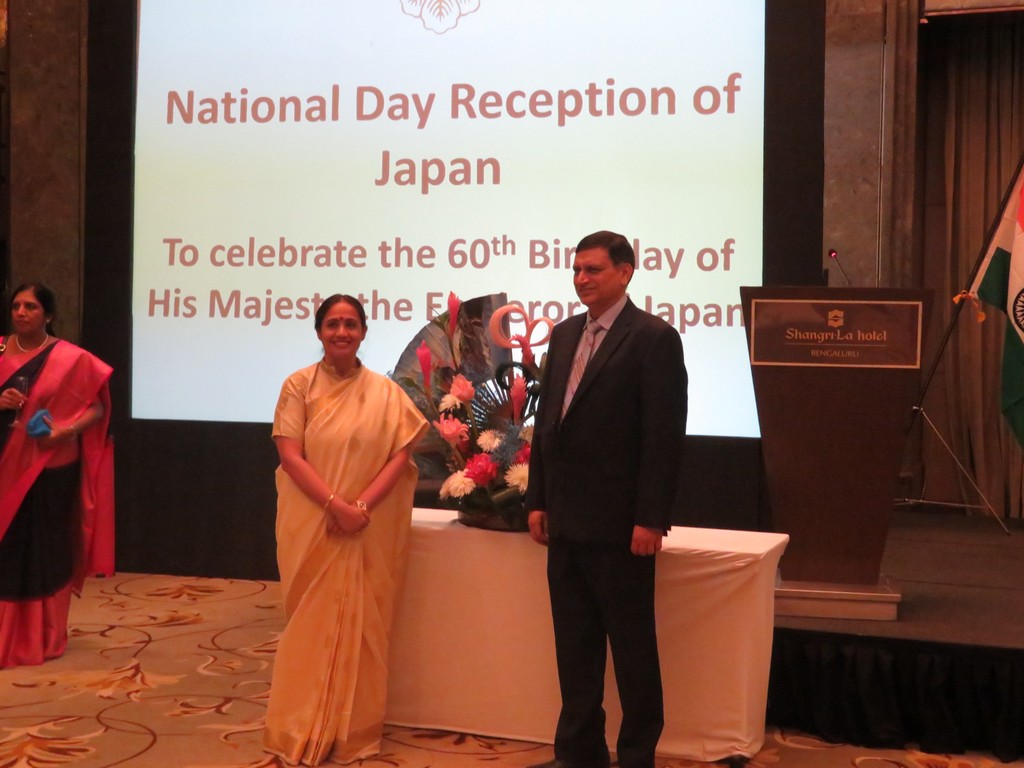 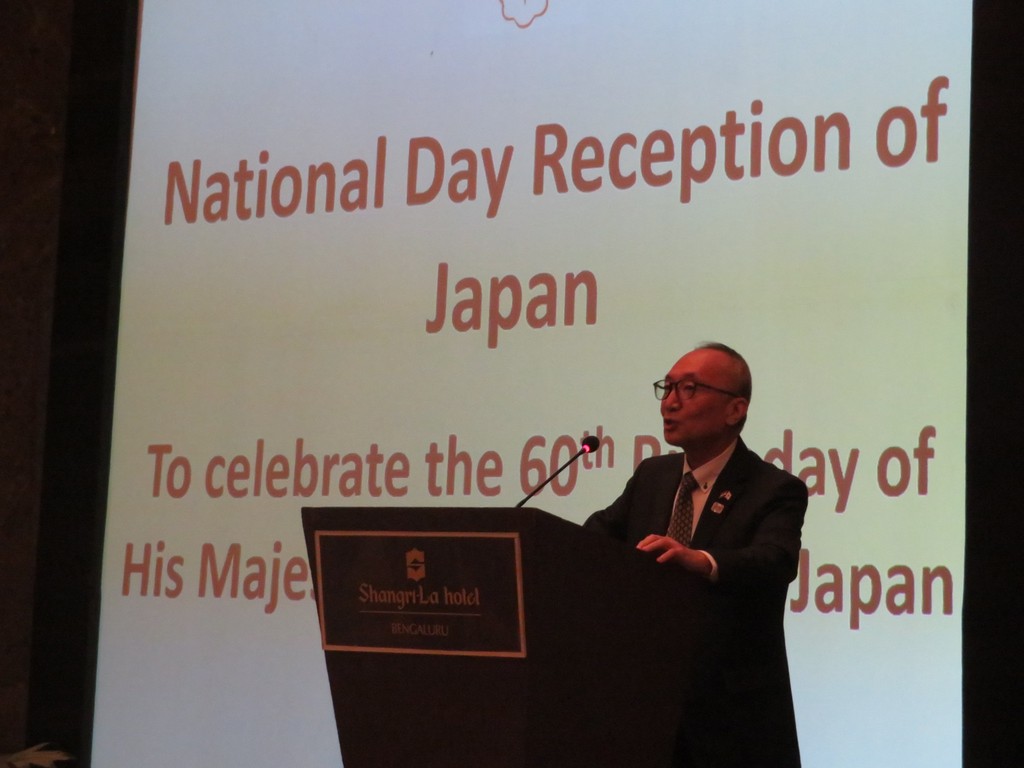 There were also stalls set up by major Japanese companies such as Canon, Mitsubishi Hitachi Power Systems (MHPS), Sony, Nichi-In, Rakuten, JapCul Style and Toyota – who displayed their brand-new minivan called “VELLFIRE.” Guests also tried some Japanese Sake, Japanese plum wine, sushi, sashimi and other delicious dishes from the traditional Japanese spread, that was curated in sync with the theme of the Japanese celebrations. 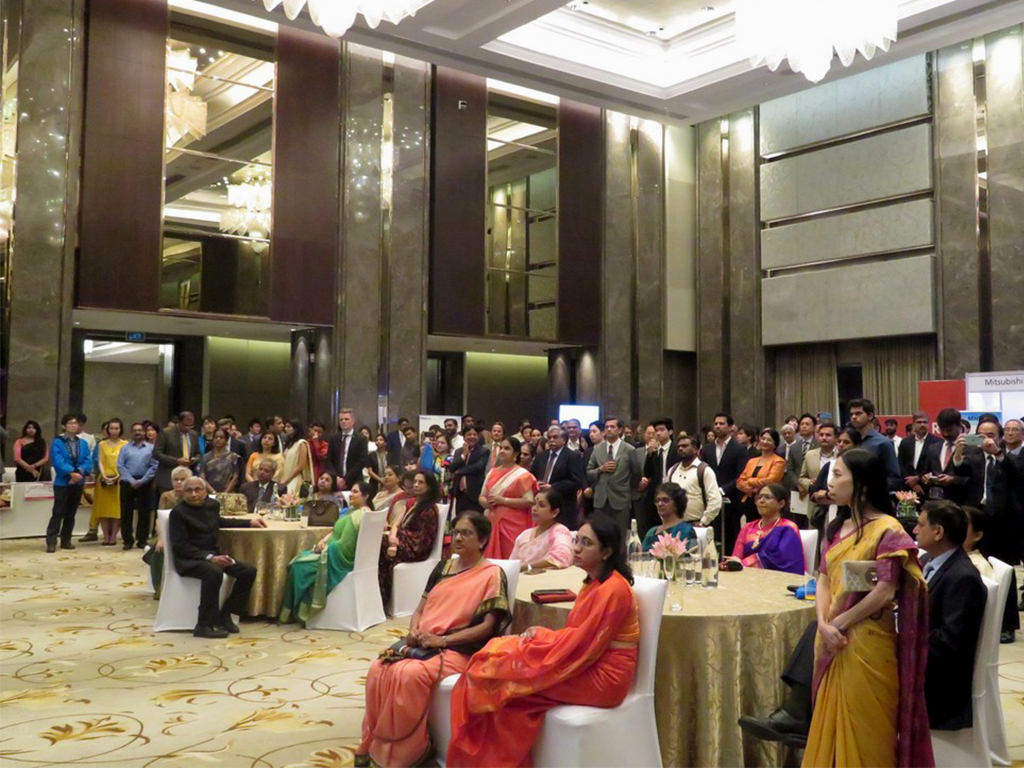 The Consul-General of Japan Takayuki Kitagawa addressed the gathering with a speech where he made the announcement of the end of his tenure in Bengaluru and that he will be leaving in the last week of March 2020 and will resume his duties at the Ministry of Foreign Affairs in Japan. He also spoke about his efforts, and subsequent success, to further Japan-Karnataka relations in terms of culture and economy. 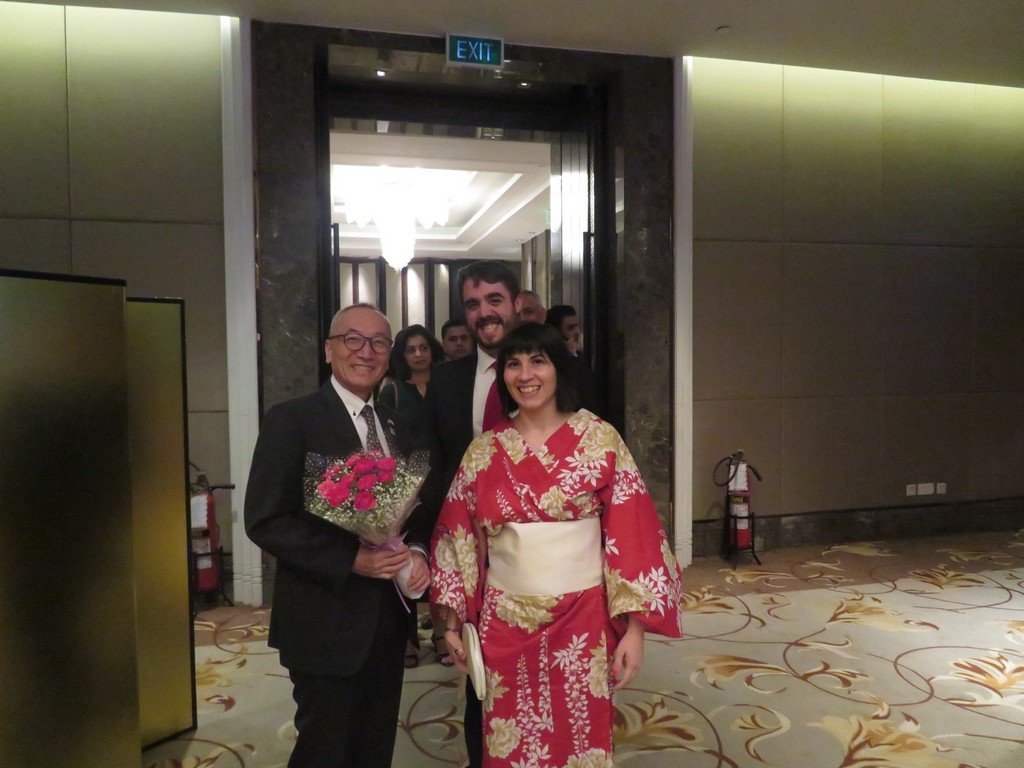 The Consulate-General of Japan in Bengaluru has been organising events in line with the popularity of Japanese culture – mainly with a focus on the Japanese language. There are a total of 17 Japanese Schools in Bengaluru and the number of participants in the Japanese Speaking Event (held every three or four months at the Consul-General’s Residence) has increased from about 1600 in the year 2017 to about 4500 people in the year 2019. He also hosts events that celebrate Japanese cuisine such as the annually recurring ‘Japan Food Fest,’ which just last year in November, saw a footfall of 3000 people. An event that celebrates Japanese pop culture called the ‘Cosplay Walk,’ is to take place on the 15th of March 2020 at the St. Marks Hotel in Bengaluru. 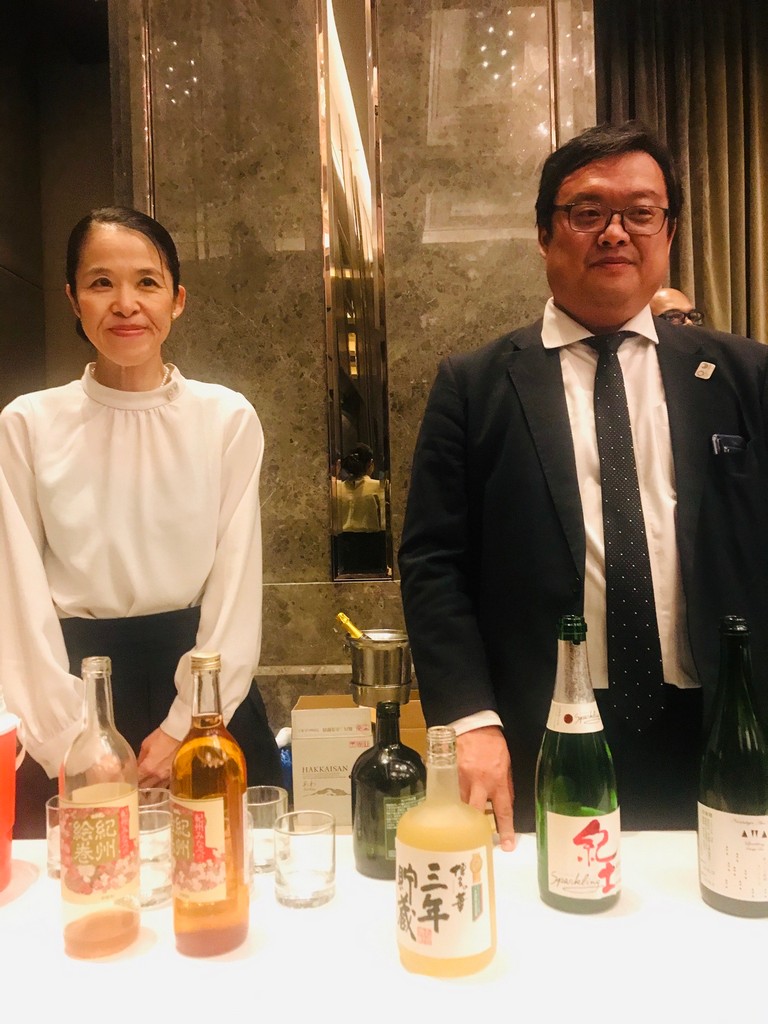 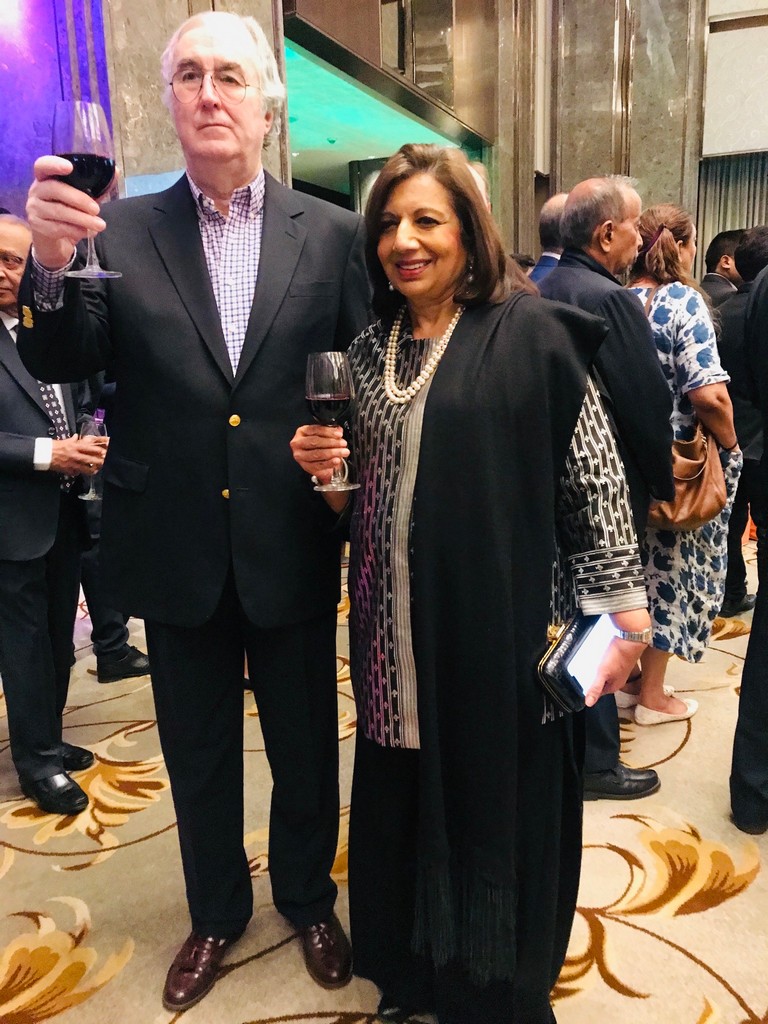