Priyanka Chopra Celebrated Her 37th Birthday With a Yatch Party 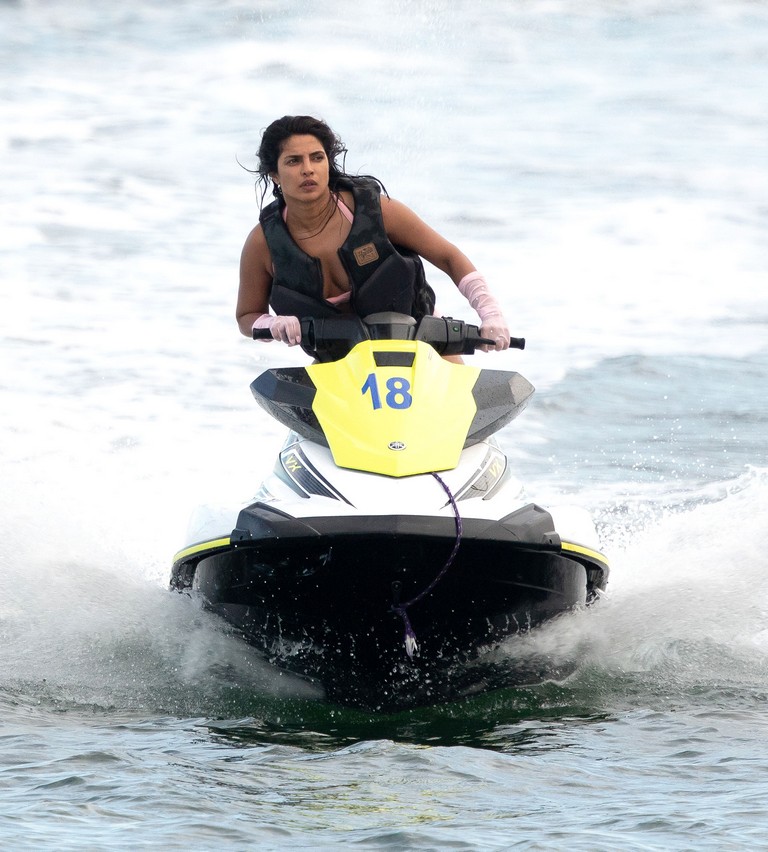 Priyanka Chopra and her husband Nick Jonas were spotted at Miami celebrating her 37th birthday with an exclusive guest list included Parineeti Chopra. Madhu Chopra and Anjula Acharia were also seen on the yacht having the time of their life. Priyanka Chopra was spotted in a Roberto Cavalli vintage separates.

We weren’t over her last birthday where Jonas had popped the question with a massive Tiffany & Co. Sparkler. This year seems to be so fashionably on point and having a yacht party is fun … right?

Parineeti was the first one to post on her sister’s birthday mentioning her caption – “In Miami with the birthday girl! Happy bday, Mimi didi. There’s never gonna be another like you – actress or sister.”

In Miami with the birthday gurllll! Happy bday Mimi didi. There’s never gonna be another like you. Actress or sister ?? @priyankachopra

Thanks for throwing such an amazing party, Nick! Couldn't have asked for better company or venue. What a weekend! Happy Birthday, Mimi ?

Priyanka Chopra will be soon seen in Shonali Bose’s The Sky Is Pink, co-starring Farhan Akhtar and Zaira Wasim.

Celebrities Suddenly Want To Look Old And We Are Loving It!