The plus-size mannequin was celebrated by many when it was initially launched at the Nike’s London flagship store, but with a recent Tweet, Telegraph changed the opinion and left many wondering on whether the mannequins are a sign of negative marketing from the brand.

This highlighted the news when a famous British Journalist Tanya Gold who wrote for the Telegraph said, “Obese mannequins are selling a dangerous lie.” In her piece, Tanya argues that the plus-size mannequins are “immense, gargantuan, vast” and disclosed that she is “not readying herself for a run in her shiny Nike gear.”

This comment was not very far away from backlashing as a lot of Tweets led to down falling of the negativity. But we are still very confused as we read a lot about how the brand made the best marketing move. Being fat is not being lazy, and there are women climbing mountains and completing marathons, irrespective of what their weight is. 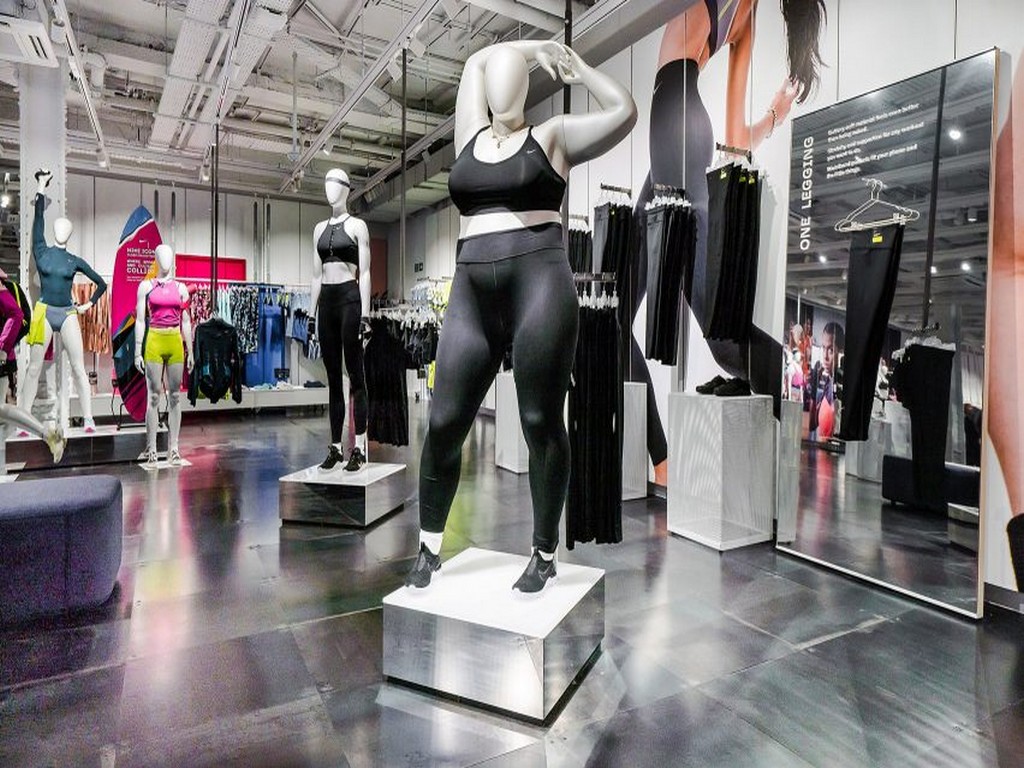 Tanya Gold: 'The new mannequin is obese, and she is not readying herself for a run in her shiny Nike gear. She cannot run. She is, more likely, pre-diabetic and on her way to a hip replacement. What terrible cynicism is this on the part of #Nike?' https://t.co/51VmvUCxLE

Wow @Telegraph – nice job with the Tanya Gold click bait. I look like that @nike mannequin, and I’ve done a 10k, a half, & a marathon this year. And there’s another 10k & a half coming up. If you think obese women can’t run you’ve clearly been living under a rock. pic.twitter.com/Pb2rFM5sRd

The @nike flagship store in London has revamped its women’s department to include plus-size and para-sport mannequins, highlighting an extended line of clothing to “celebrate the diversity and inclusivity of sport,” the company said. • Sarah Hannah, Nike’s general manager and vice president for women in Europe, the Middle East, and Africa, said, “With the incredible momentum in women’s sport right now, the redesigned space is just another demonstration of Nike’s commitment to inspiring and serving the female athlete,” according to CNN. • While many observers cheered the company for presenting realistic body types and encouraging body positivity, others criticized it, saying that Nike was promoting an “unhealthy lifestyle,” according to ABC News. • An editorial in the Telegraph argued that “obese mannequins are selling women a dangerous lie.” The editorial sparked swift backlash online, with actress and activist @jameelajamilofficial tweeting: “What a hateful, judgemental, uneducated stance to take on what is a positive, progressive and BRILLIANT move made by Nike.” • A spokesperson for Nike told Good Morning America that its mission is to “serve all athletes” regardless of size. • The move by Nike follows a recent controversy that came after a New York Times piece claimed the company reduced or withheld payment from female athletes who were pregnant or had recently given birth. As a result, two congresswomen said they were pressing the company for details about its treatment of sponsored female athletes. • Nike said in a statement on its site, “We have learned and grown in how to best support our female athletes and have always worked to do our best to play a strong role in championing, celebrating, and supporting female athletes. Last year we standardized our approach across all sports to support our female athletes during pregnancy, but we recognize we can go even further. Moving forward, our contracts for female athletes will include written terms that reinforce our policy.” • Photo: Nike

A Mistake That Cost 346 Lives!

Bollywood King and his son for #TheLionKing