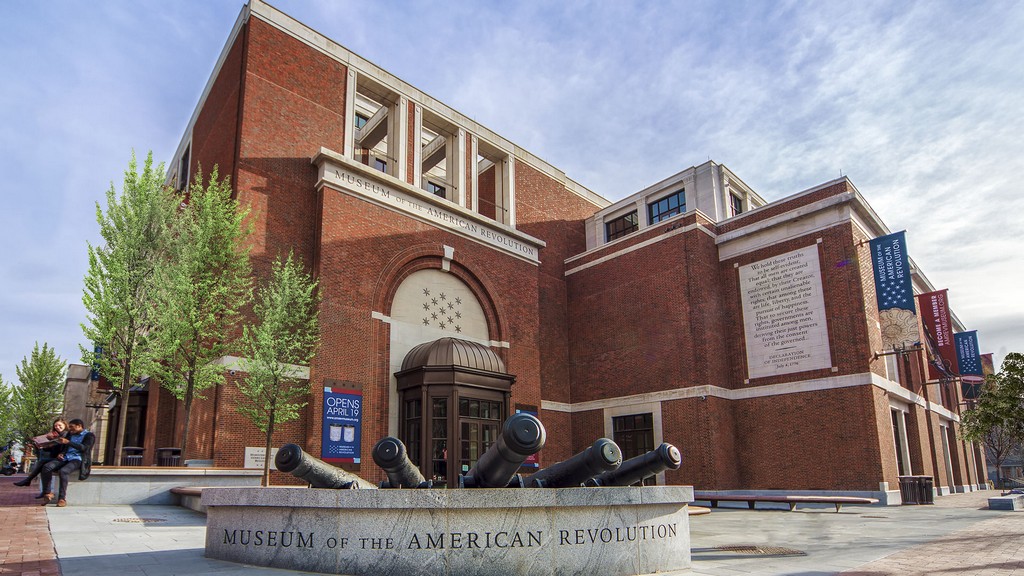 The only U.S. city on National Geographic’s 2020 ‘Best Trips’ list, Philadelphia is a sought-after destination for international travellers and global meetings alike. Here are some at-home, do-it-yourself experiences that will help you enjoy Philadelphia wherever you are during these times and help you prepare for your eventual visit.

The Barnes Foundation allows virtual visitors to navigate one of the greatest collections of impressionist, post-impressionist, and early modernist paintings based on visual relationships, such as lines, light, space, and more, while the Independence Seaport Museum lets those with an interest in maritime history browse their expansive collection of artifacts, historic ships, and more.

The Penn Museum, Philadelphia Museum of Art, and Academy of Natural Sciences regularly share objects from their collections on their social media channels. The Museum of the American Revolution in Old City has a robust online tour, which navigates throughout the museum’s immersive galleries and incredible replicas via 360-degree, high-resolution images. A virtual tour of Philadelphia’s Magic Gardens — one of the city’s must-see attractions and the largest work to date by mosaic artist Isaiah Zagar — is available online as well.

Whether it’s for a workout routine or just lounging around the house, be sure to round out your playlist with music by some of the most iconic performers from the Philadelphia region. Will Smith, The Roots, and Boyz II Men are some of the city’s essential hip-hop artists, with Meek Mill, Lil Uzi Vert, and Freeway offering more modern hip-hop to the mix. Jazz fans can find solace in John Coltrane albums, while rock and roll fans can jam out to music by Hall & Oates, The War on Drugs, or Kurt Vile. There are also punk and alt-rock artists such as The Wonder Years, Tigers Jaw, and The Menzingers.

Those with a more classical taste can stream several albums by the Philadelphia Orchestra or view a recent performance at Verizon Hall online. Additionally, Opera Philadelphia provides an on-demand audio recording of a 2016 performance of Breaking the Waves on their website.

Other iconic Philadelphia artists include female vocalists Patti LaBelle and Marian Anderson. Of course, no Philadelphia playlist is complete without the timeless anthem to Rocky, Bill Conti’s “Gonna Fly Now.” 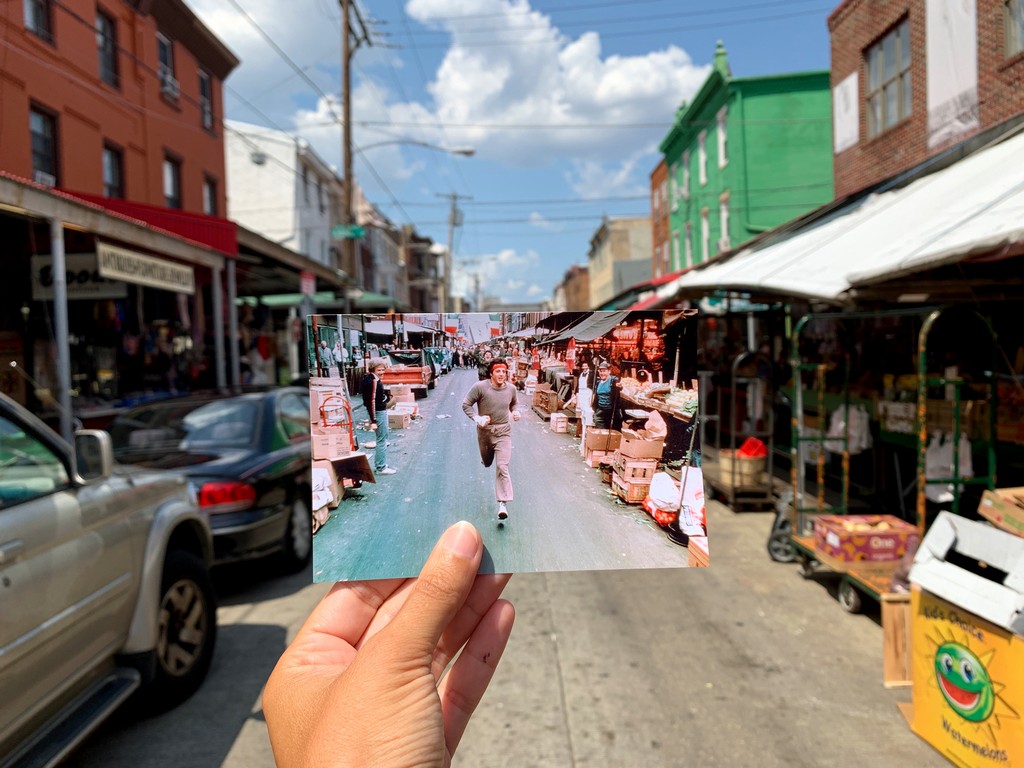 You can get your bearings for the City of Brotherly Love by watching one of the many films or television shows in which the city has played a supporting role in over the years. The Rocky and Creed series is an absolute must-watch, as Sylvester Stallone plays the titular boxer who perfectly personifies the underdog, never-give-up spirit of Philadelphia, all while training his way through Philadelphia’s Italian Market and eventually up the 72 eastern steps of the Philadelphia Museum of Art.

Director M. Night Shyamalan has a tendency for basing his films in Philadelphia, including Unbreakable, Split, and Glass, as well as the 1999 thriller, The Sixth Sense. Several scenes in the action adventure film National Treasure feature some of Philadelphia’s most iconic attractions — such as Independence Hall, the Liberty Bell, and Reading Terminal Market — and the comedic Trading Places shines the Hollywood light on Rittenhouse Square. More recent movies include the dramatic Silver Linings Playbook and the DC comic superhero film, Shazam!

While Philadelphia only has a brief appearance at the beginning of Will Smith’s Fresh Prince of Bel Air, the city has more extended television roles in AMC’s Dispatches from Elsewhere, Apple TV’s The Servant, and the upcoming season of Queer Eye on Netflix.

The city’s food scene shines on the small screen, too, appearing in a number of culinary shows such as Chef’s Table on Netflix and No Passport Required on PBS. 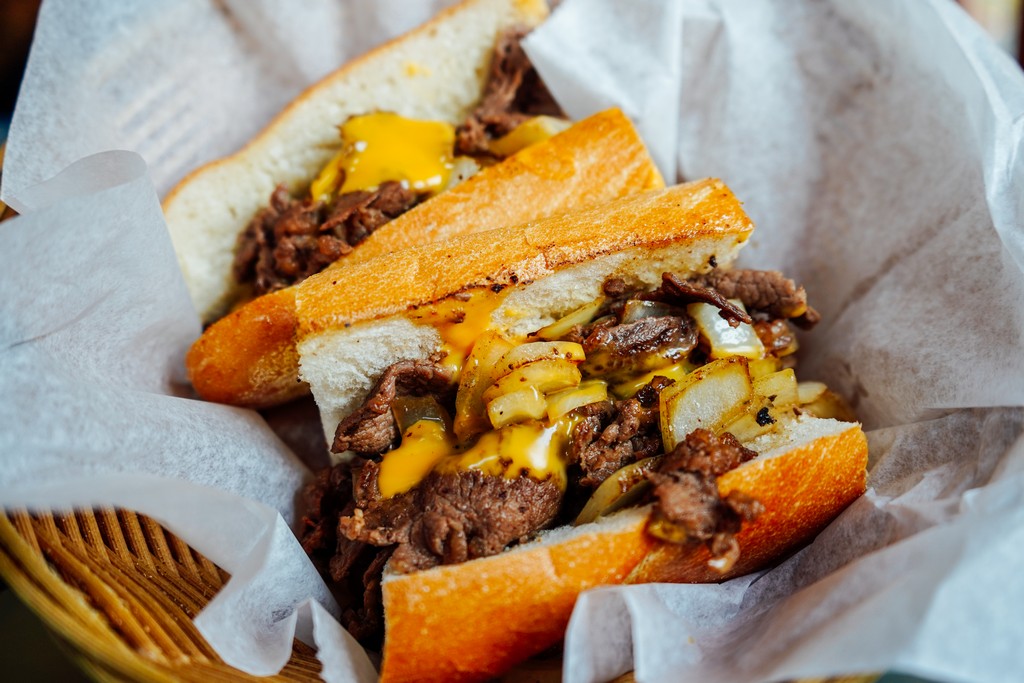 From grabbing a meal from one of the 80+ vendors at the historic Reading Terminal Market to enjoying dinner at the acclaimed Zahav, Philadelphia’s food scene alone is worthy of a trip to the city. However, some of the city’s essential eats can be enjoyed from afar.

Pretzels, Tastykakes, Peanut Chews, and Bassett’s Ice Cream are a few of the most preferred snacks in the city. Thankfully, these delicious items are available to be shipped nationwide thanks to Pennsylvania General Store, who operates a stand inside the 127-year-old Reading Terminal Market.

If you’re craving a classic Philadelphia cheesesteak, Campo’s Deli in Old City (214 Market Street) ships their delicious sandwiches nationwide, as does the iconic Pat’s King of Steaks in South Philadelphia. But if you’re looking to try your hand at cooking the perfect cheesesteak at home, Campo’s has provided a recipe to help guide you in the kitchen:

For dessert, you can treat yourself to a babka with help of a recipe from Camille Cogswell, Pastry Chef at Zahav.