The lockdown has taught us many lessons, not the least of which being learning to live without domestic help. This usually translates to a division of labour within the household, and, where there are only two, democracy prevails. In other words, the husband gets to do the backbreaking jobs like sweeping and swabbing. And thus it was, that I found myself on a voyage of discovery vis a vis the various housekeeping implements we own.

Anyway, as I set out on my exploratory tour of the house, with cleaning weapons in hand, it dawned on me that I hadn’t actually done anything similar since I was a cadet in the Navy, some forty plus years ago. Scrubbing hard at a recalcitrant smudge, I remembered the first day I stepped on INS Delhi, the then Cadet’s training ship. The ship was old, and on its last legs, and we were one of the last lots of cadets to be trained on it. As soon as we embarked, we were made to fall in, and were told (and we would often be reminded subsequently) that, as cadets, we were the “Lowest form of Marine Life”. We soon realised that this translated to being at the very bottom of the food chain, and becoming unquestioning targets for all and sundry, from the lowest ranked sailor upwards. We were made to do everything on the ship, from chipping rust on the decks to cooking potatoes for the crew under leaking steam in the boiler room. One ritual that stood out, however, was the Sunday morning “Holystoning,” which involved getting down on one’s knees and scrubbing the wooden deck with sandstone blocks called Holystones. The bigger ones were called “Bibles” and the smaller ones, “Prayer Books”. The origin of the term was not clear, but we were told that it was a legacy inherited from the Royal Navy, where Holystoning was meant to clean a wooden deck in preparation for the Sunday service, (as well as the fact that we had to be to be on our knees, as if in prayer). 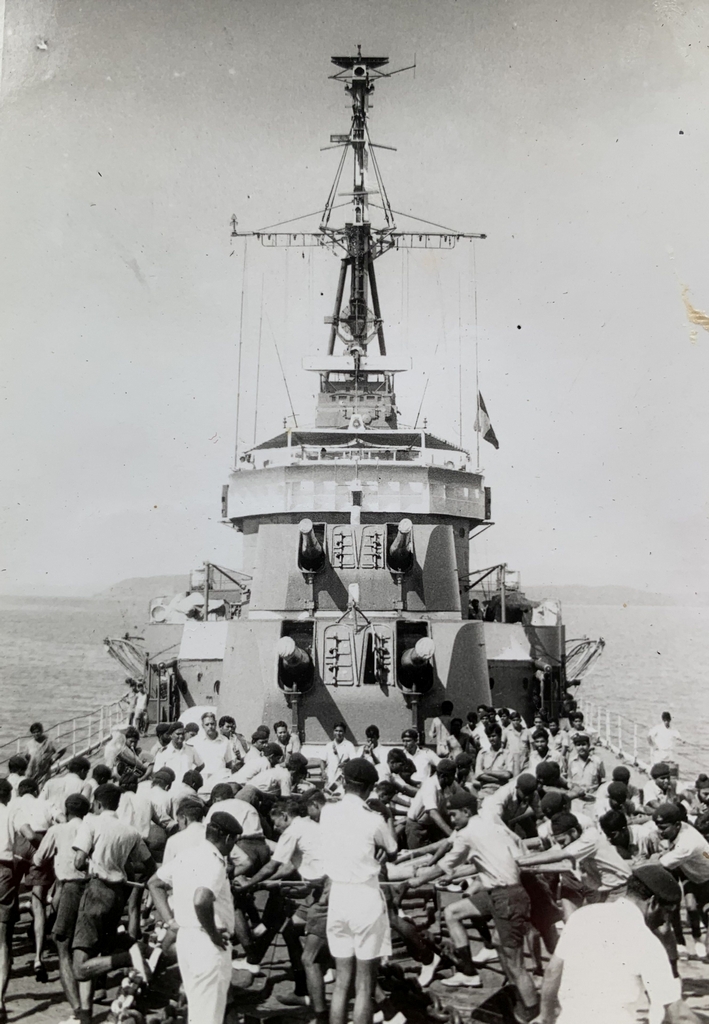 Another facet that we were constantly reminded of, was that the ship was steeped in history, having seen action in WW II. In its previous avatar as Achilles, it had taken part in one of the first major encounters in the Atlantic, the famous Battle of River Plate. In that encounter, Achilles, along with Ajax and Exeter, defeated the far superior German pocket battleship Admiral Graf Spee, which had been wreaking havoc on allied merchant shipping in the Atlantic, partly with some ingenious naval gunnery tactics, and partly with crafty subterfuge and some luck. These three ships had managed to cripple Graf Spee and chase it down to Montevideo, where she sought refuge, it being a neutral port. The ship was, however, forced to leave shortly thereafter, and the German Captain, having been falsely led to believe that a massive task force was lying in wait, chose to scuttle the ship in the estuary, chalking up a major victory for the British. So, it came to be, that as one way of overcoming the sheer drudgery of Holystoning, one could relive the epic sea battle in one’s imagination, while on hands and knees, holystoning the ageing wooden quarterdeck of one of the participants.

Meanwhile, back home, and well into the lockdown, I can only reflect in amazement at the muscle memory having survived all these years, and standing in good stead, as I rid the floor of the stubborn stain. 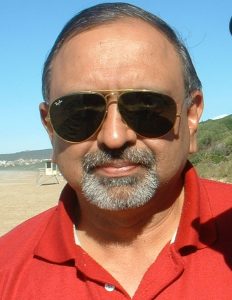 Wild Karnataka, is releasing on Discovery Plus this World Environment Day