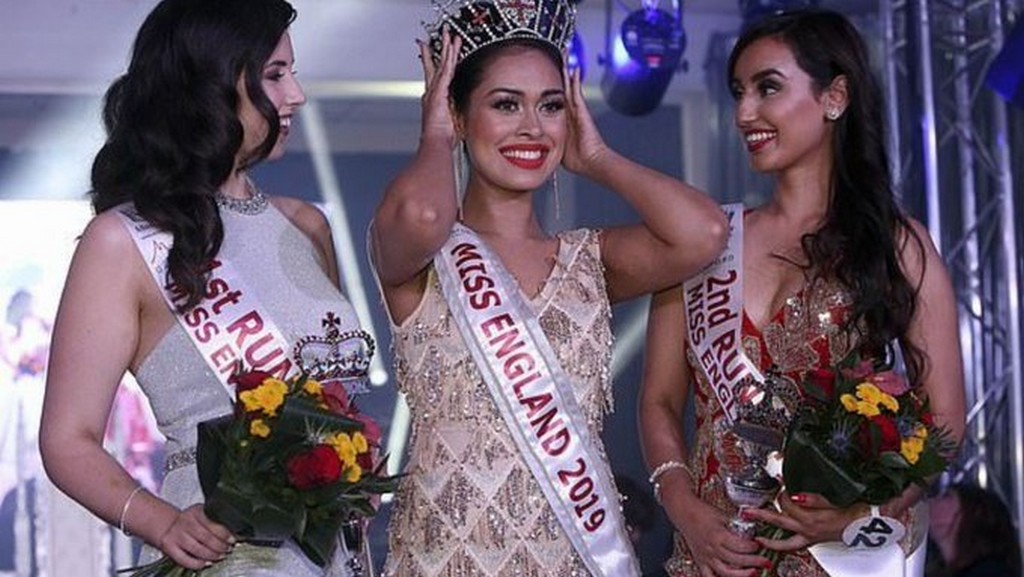 The 23-year-old Indian-Origin doctor Bhasha Mukherjee was crowned Miss England on Friday, 2nd August. According to reports, Bhasha holds two different medical degrees and is fluent in five different languages plus has an IQ of 146 which is just 14 points less than Einstein.

“Some people might think pageant girls are airheads, but we all stand for a cause. My pageant career all started to happen while I was in the middle of studying at medical school – it took a lot of convincing for me to do it, but eventually I decided to do it to balance out my studying and give me a break.” She stated while taking to the media before the contest.

Just one more week of me as a UoN medstudent before I enter the world of work. Bring it on #uon #universityofnottingham #medic #varsityhoody #unihoody #doctor #studentlife #studentloans #unilyf #uni #joblife

Bhasha Mukherjee was born in India and later her family relocated to the UK when she was 9. She has two Bachler degrees in Medical Sciences and in Medicine & Surgery from the University of Nottingham and according to Daily Mail, she joined as a junior doctor hours after winning the crown.

“It’s been really nerve wrecking, I couldn’t tell if I was more nervous about the competition or about starting my job as a junior doctor,” she stated.

Bhasha Mukherjee is preparing to participate in the Miss World contest in December 2019, in London.

How Much Can Two Bananas Cost? Actor Rahul Bose Paid 442.50