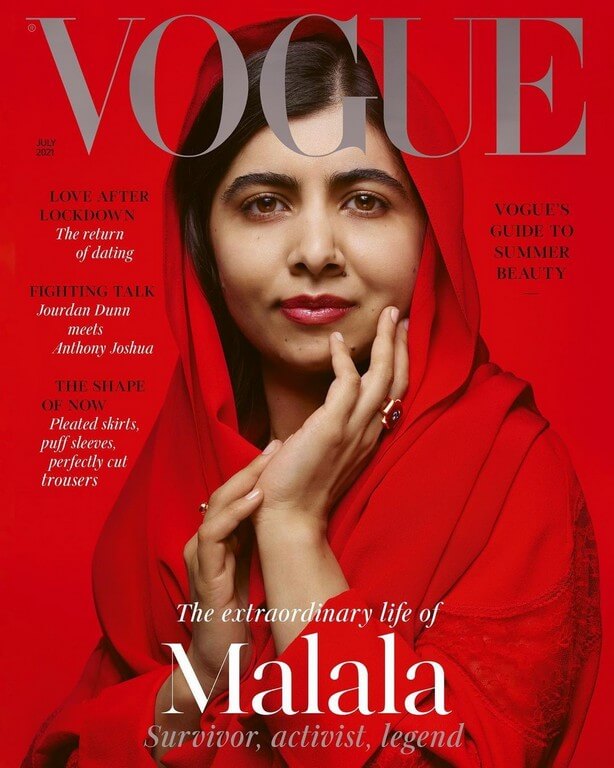 On the Vogue cover thats reads ‘The extraordinary life of Malala– Survivor, activist and legend’ Malala looks powerful clad in a red headscarf and outfit as she reveals a side of her like never before.

Not just on the cover, even inside the magazine the Oxford University graduate flaunted various headscarves while she spoke about her journey in the University, the power of voicing out, and equality.

On the cover, Malala is seen wearing a bright red Stella McCartney outfit and red headscarf to go with. She also flaunted another red shirtdress and linen trousers paired with a contrasting blue headscarf by Gabriela Hearst 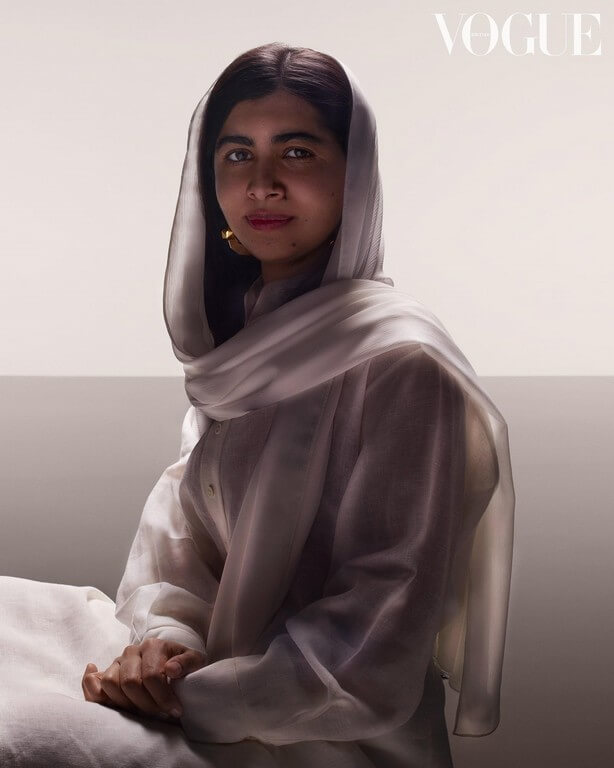 Yousafzai shared her Vogue appearance on her Instagram and Twitter handles and wrote, “Thrilled and humbled to be on the cover of British Vogue! I know the power that a young girl carries in her heart when she has a vision and a mission – and I hope that every girl who sees this cover will know that she can change the world.”

Malala on cultural importance of Hijab

Being a Pashtun girl, Malala has always shared the cultural importance of the Hijab and also wore it as the British Vogue cover star. The activist shared, “It’s a cultural symbol for us Pashtuns, so it represents where I come from. And Muslim girls or Pashtun girls or Pakistani girls, when we follow our traditional dress, we’re considered to be oppressed, or voiceless, or living under patriarchy. I want to tell everyone that you can have your own voice within your culture, and you can have equality in your culture.”

Further, she spoke about her time at the university and shared how she enjoyed McDonald’s and playing poker. “I was excited about literally anything. Going to McDonald’s or playing poker with my friends or going to a talk or an event. I was enjoying each and every moment because I had not seen that much before.”

Yousafzai has become the epitome of strength over the years after she was shot in the head at the age of 15 while she was heading home from school in the Swat District.

She spoke out against the plight of girls in her region who were banned from going to school.

The youngest recipient of the Nobel Peace Prize, published  I Am Malala, her memoir  published in 2013 after which she addressed the United Nations on her 16th birthday. She also started The Malala Fund – a foundation that ensures 12 years of free education for every girl on Earth.