Loneliness in times of the Coronavirus lockdown

Rohan Solomon is well-known for his role as the front-man of the Delhi-based alt-rock band Cyanide. Rohan recently moved back to the country from New York – with a new trio multi-city trio in place and participation in a Grammy Award Winning track – to the Indian Indie Music Scene and has received a very warm response to his trilogy of track released in 2019 that talk about the growing need to pay heed to the environment, that’s rapidly affecting our living situation. 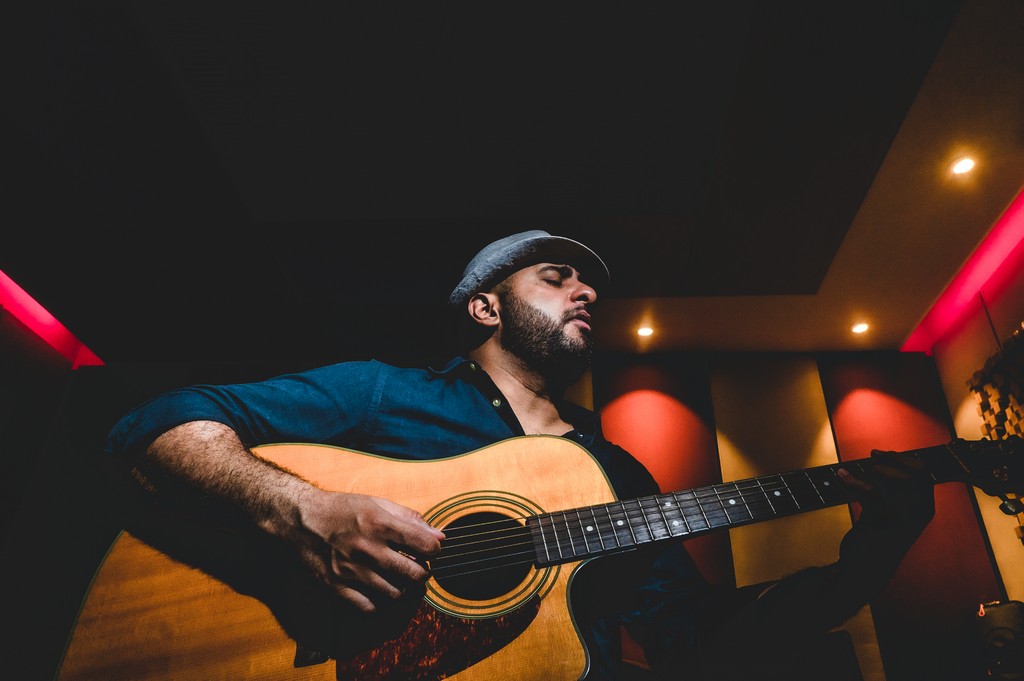 His latest track Keep Holding On, is inspired by the sense of loneliness and uncertainty brought on by the global pandemic Covid-19, which has forced people to stay indoors and socially distant. The song addresses the feelings of exasperation, depression, anxiousness that every one of us is going through, while urging people to keep holding on… (to hope) There will be tomorrow…

The video features people from 20 different cities, across nine countries along with artists such as Chezin (Gurgaon, India), Sasha Prendes (New York, USA) and sensation singing TikTok trio The Heichel Sisters (Ohio, USA) among others. The track is sung, composed, produced and mixed by Rohan Solomon and Mastered by Vinnie Pagano (who has worked on a Grammy winning song).

The song has a very urban pop feel with a hint of electronic sound. True to Rohan’s style, the track carries a pop chorus and vocal harmony, along with a mixture of electronic drums, synth, live guitars and live percussions.

Rohan Solomon is a Singer-Songwriter, Composer, Vocal Coach and Audio Engineer, all rolled into one. Well-known in the Indian Indie Circles as the vocalist of Delhi-based Alt-Rock outfit Cyanide, Rohan started exhibiting his musical abilities at a rather early age. In the era of Channel V Launchpad and the Great Indian Rock Concerts, Cyanide was successful in making its presence felt in significant Indie Rock events of the country, in a short span of time.

Rohan moved to New York a few years ago, where he met his soon to be new bandmates – By Chance and the trio of business partners, decided to name themselves after their fortuitous coming together for the love of music. During his time in New York, Rohan also was a part of a Grammy Award winning track called Bubblin by Anderson Paak, in the capacity of an assistant engineer.

By Chance released its debut single titled Blue Sky earlier in 2019. The single — a part of a three-song series — as luck would have it, took shape after Rohan returned home to Delhi, and pangs of nostalgia for the Blue Sky and pollution free capital city that he grew up in. All the tracks were recorded in the analogue domain. The second track, called Hard to Breathe, enunciates the reality of living in the city of Delhi, which is now always in the ‘unfit air quality’ category. The track is Rohan’s takeaway from an unpleasant real-life situation. It’s got a Hard Rock/Alternative Rock tonality to it, as also a steady melody with pop chorus harmonies and an aggressive rock feel to it. The significance of this track is to give the listeners a bit of a jolt about the alarming state of air pollution, but the tonality of the pop chorus leaves us with a positive note and an affirmation – there is still hope left.

Time – the final track of the trilogy released worldwide on October 10th, 2019, concluding the set, by reiterating the need to take action, ‘NOW’ – to save the world we live in, the environment that nourishes life and the air that we breathe… and be mindful to the fact that the time is in fact running out.Loneliness in times of the Coronavirus lockdown

Popkast with Garima: Revitalising Indian podcasting with a pop of entertainment

Turn lockdown into a party