Agra is one of the major tourist destinations in India which is visited by people from many countries. Known for its iconic Taj Mahal, which is one of eight wonders of the world, Agra sees tourist influx almost all days of the year. It is said that around seven million people visited the Taj Mahal in the last year. President of the United States of America, Donald Trump visited this iconic monument this year in February 2020.

Agra Fort is an architectural masterpiece that was constructed during the reign of Emperor Akbar. It is one of the massive fortification that is located next to River Yamuna. Agra Fort is entirely made of Red sandstone which gives it classic appearance. The fort was home for Mughals when Agra was the capital. Now, the fort is one of UNESCO World Heritage Site and is second most tourist attraction places after Taj mahal in Agra. The Agra Fort is huge and it is entirely made of Sandstone and the decorations are from Mughal Styled architecture. The fort has many structures like Pearl Mosque, Diwan-i I Khas, Diwan-i I Aam, Moti Masjid and Jahangiri Mahal, these places were once used by the Mughals during their reign here and they are decorated very intricately. 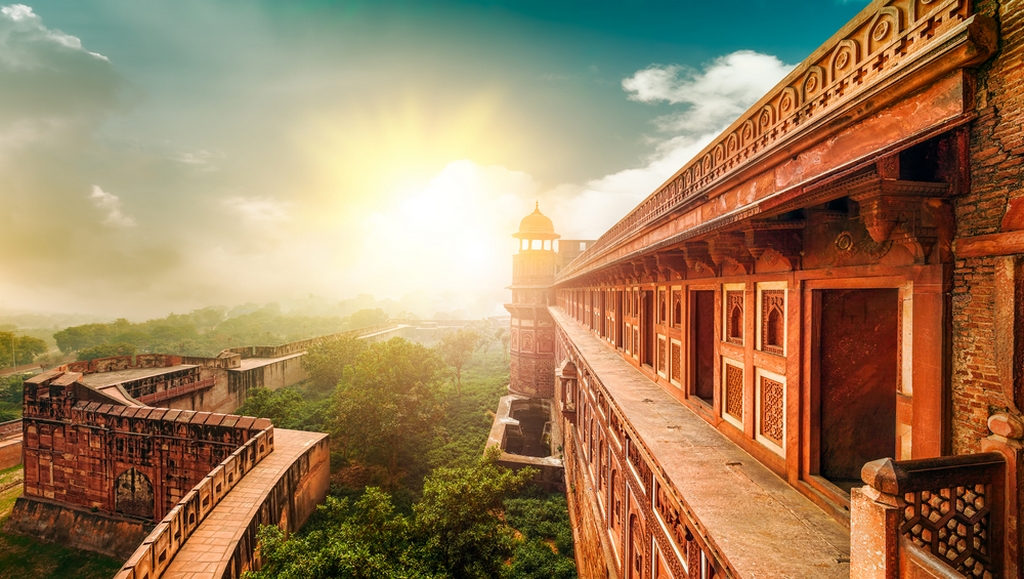 Fatehpur Sikri is one of the nearest and a perfect one-day visit from Agra. Located around 30kms from Agra, Fatehpur Sikri was the city founded by Mughal Emperor Akbar who made this city as capital for 15 years. Currently, Fatehpur Sikri is a UNESCO World Heritage site and now booming as one of the top tourist destination in India. When you visit this city you would notice many landmark places which are decorated in Mughal style of architecture the buildings here include Jodha Bai’s palace, Jama Mosque, Buland Darwaza, and a Tomb of Salim Chisti and many others. Your history will be refreshed when you visit Fatehpur Sikri as there are many places of attraction here and you can know the importance of these places with an accompanied tour guide. 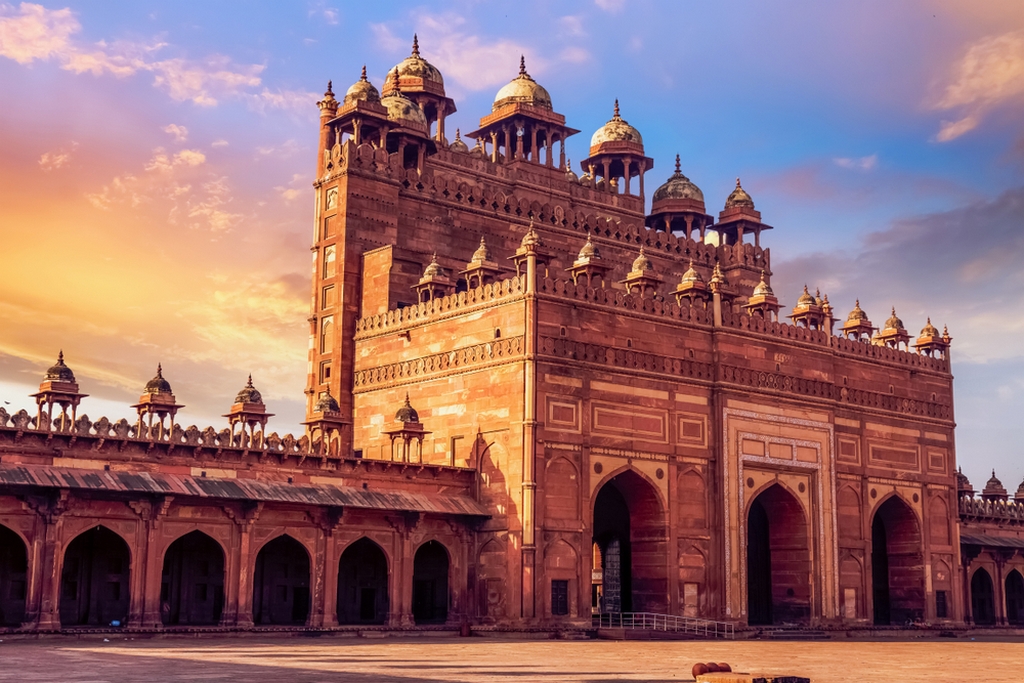 Mehtab Bagh is one of the places that you need to visit and not miss during your visit to the Taj Mahal. This beautiful place is one of the last Mughal Gardens and is a scenic spot in Agra. Built alongside River Yamuna overlooking the Taj Mahal, Mehtab Bagh is designed in such a way that the view of Taj Mahal is not overlooked. When you visit the garden you can notice that the garden is built quadrilateral in shape and there is a large octagonal tank right at center. On clear moonlit nights, you can notice that the reflection of Taj Mahal at the tank and the view is better to notice in person than on pictures. The garden is photographer’s paradise as the beautiful image of Taj mahal will be in background with flowers of garden. 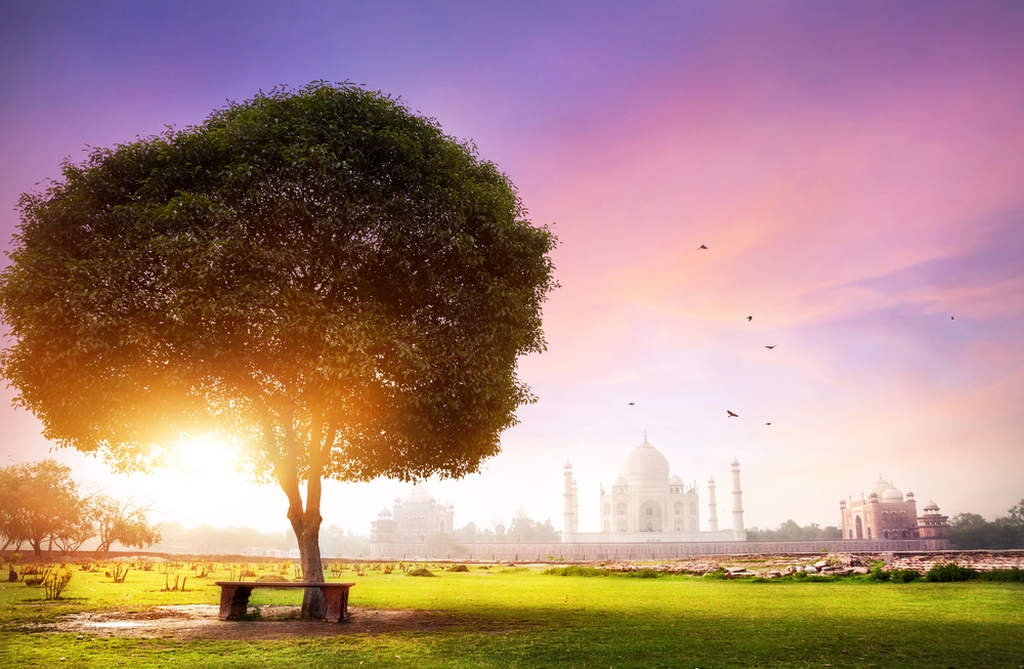 A tomb dedicated to a ministry during the reign of Shah Jahan, Itimad-ud-daulah whose name was Mir Gheyas Beg tomb is known to be baby taj mahal. One of the first tomb dedicated to minister and is fully constructed in Marble, visiting the tomb takes you to the history. The tomb is constructed on the banks of river Yamuna which consists of Indo-Islamic style of architecture. One of the beautiful tombs, you need to visit this place to know the rich history of Mughal ruling in India. 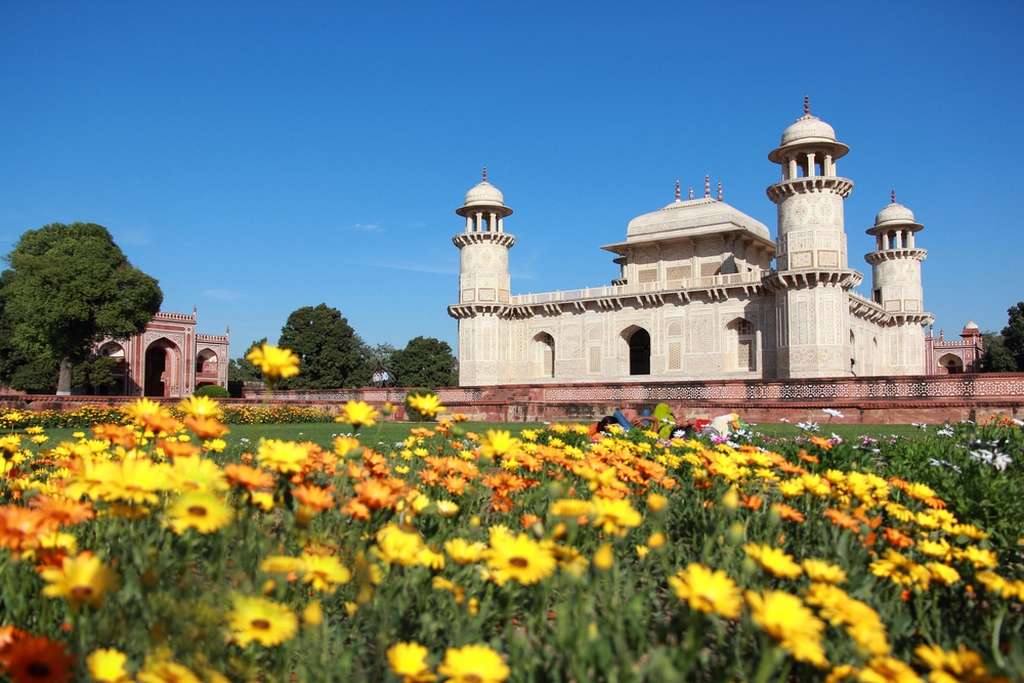 The tomb is dedicated to one of greatest Mughal Emperor, Akbar who overlooked the construction of the tomb until his death. However, Emperor Akbar died before completion but his son Salim completed the rest of construction. The tomb is located in Sikandra which is nearly 8kms from city center and is one of the important places with aspect of history of Mughals in India. The tomb is surrounded by beautiful gardens which it is said that Emperor Akbar personally designed the garden and looked after the same until his death. One thing that this tomb is different than the rest of tombs is that Akbar Tomb faces Rising Sun whereas other tombs are faced towards Masjid of Mecca. 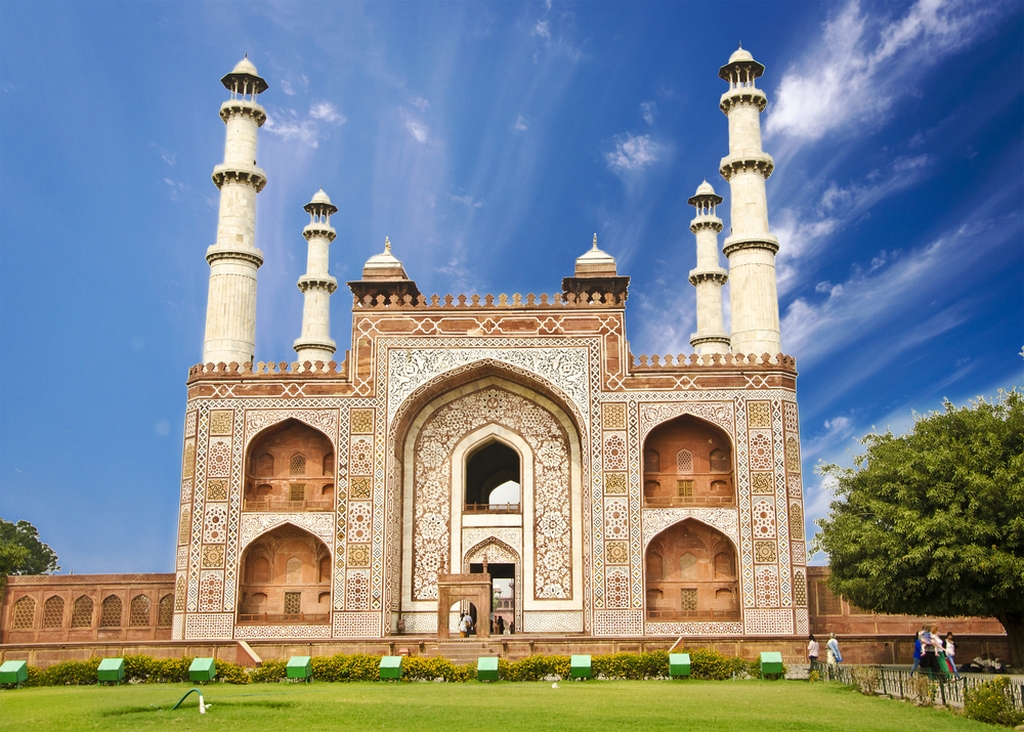