The designer duo Abu Jani and Sandeep Khosla hosted a celebratory fashion gala in Mumbai on Thursday to mark their 33 years of colour, craft and couture. The starry night attended by the who’s who of Bollywood was indeed a night to remember.

The big names who made it to the evening include Deepika Padukone, The Bachchan Family, The Ambani’s, Karan Johar, Twinkle Khanna, Sonali Bendre, Rhea Kapoor and others.

The leggy lass Deepika Padukone was spotted walking the ramp in a royal bride look. She looked nothing less than a goddess in a heavily embellished bespoke ivory lehenga that featured embroidery, sequin work and gota patti embellishments. The diva paired the lehenga with a plunging neckline blouse and an elaborate flowy dupatta. 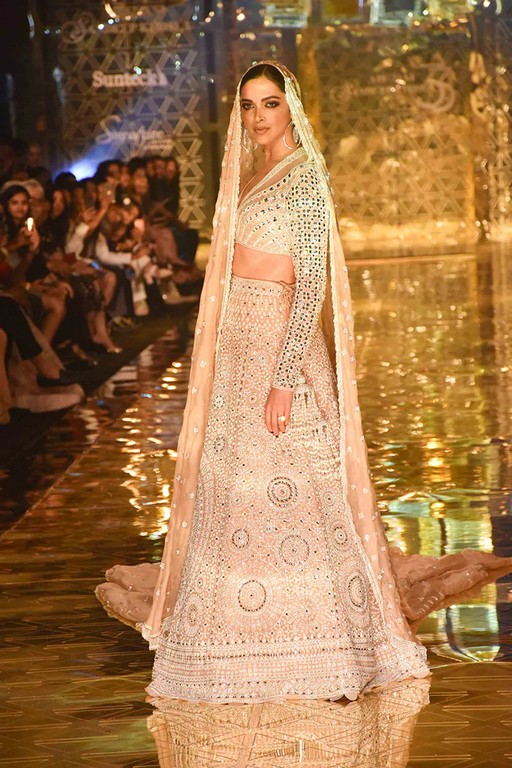 While she stunned everyone with her million-dollar smile, it was the impromptu dance performance on the ramp that stole the show. The actress grooved to the song Disco Deewane alongside the designers, videos of which are already viral on Instagram.

Jaya Bachchan and Shwetha Bachchan also joined the trio on the ramp as they danced and posed for the paparazzi. The ladies who were also dressed in beautiful ivory ensembles were spotted earlier with the designers posing for the paps. The Abu- Sandeep brand has always been a favourite with the Bachchan family and their friendship dates back to 1997 when the designers did their first ever high-profile design for Shwetha Bachchan’s wedding. 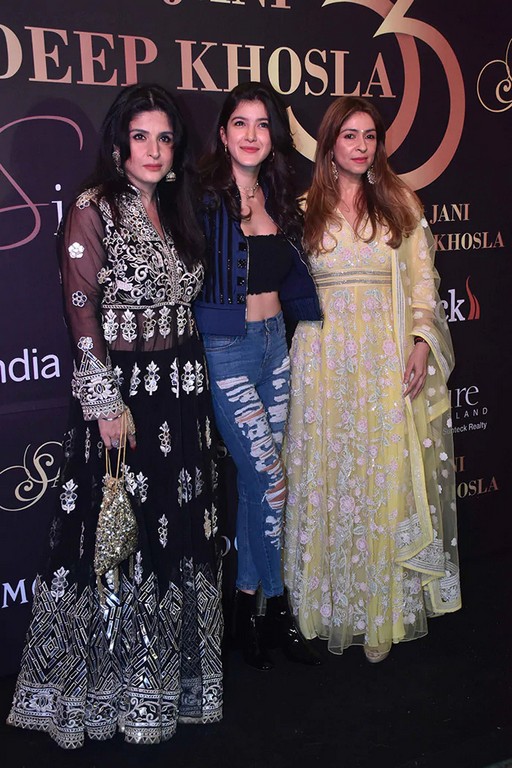 The Sassy talk show host Karan Johar dressed in an all-black attire posed for the paps in his usual pout style. While Rhea Kapoor turned heads in a gold saree. Abhishek Bachchan was seen hitting it off with actor Madhavan after the show.

Yesteryear actresses Waheeda Rehman and Asha Parekh were some of the other prominent faces that checked in for the glitzy night.

Sonali Bendre was spotted with her best friends Sussanne Khan and Gayatri Joshi while Twinkle Khanna and sister Rinke Khanna were seen happily posing for the paps.