Horror movies and series are not thrilling enough for you anymore? Then why don’t you explore a little bit to experience the real creepiness in all its glory? Guess what, the garden city of Bangalore itself has a handful of creepy places for you to explore.

Paranormal activities are beyond human logic and to be frank, these creepy chills catch interest in many people. These are some haunted places in Bangalore to start off with. Be alert, this is not for the faint-hearted.

The most horrifying haunted story of Bangalore belongs to the Terra Vera House. The house was built in 1943 by an Anglo-Indian lawyer EJ Vaz and was gifted to his daughters, Vera and Dolce Vaz. Vera was an English tutor and Dolco was a piano instructor.

The hauntings started in 2002 when 75 years old Dolce Vaz was stabbed to death by an unidentified person in her house. After the death of Dolce, Vera asked to move to a safer location by police and Dolce got buried in the house itself.

The house became well known for the satanic signs and other signs including sights of headless statues and face appearing through the windows. The precious belongings in the house like furniture and the vintage car remained untouched and due to the aggressive amount of paranormal activities, the house has been demolished.

But this didn’t stop the explores. The people who went there to take pictures have come back with corrupt images and dead batteries. Yes, this is your time to explore. 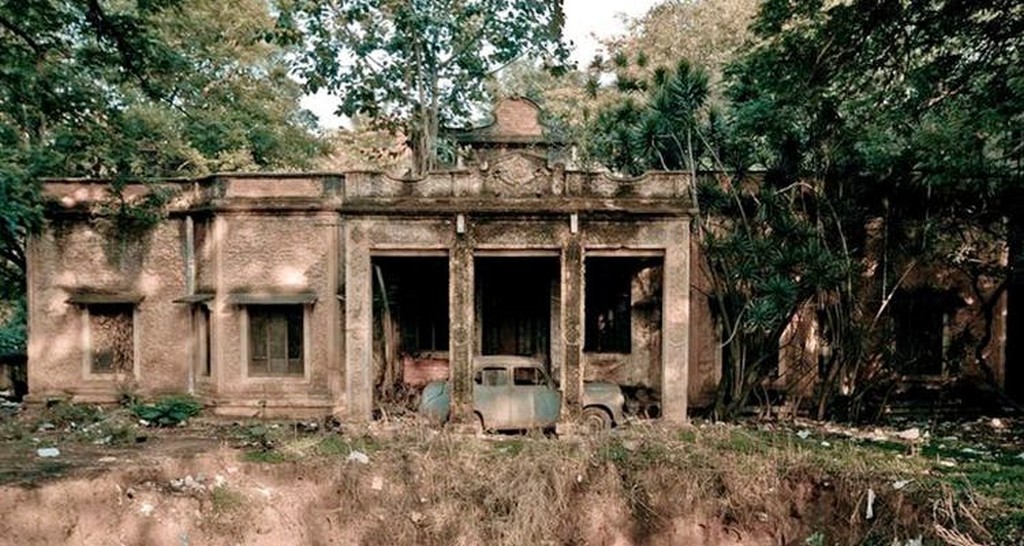 Cemeteries are already creepy enough but the Kalapalli Cemetery located near Old Madras Road will give you chills. The century-old Cemetery witnesses an average of ten cremations every day and what to say more, it is one of the spookiest places you can find in Bangalore.

People are often witnesses sighting of a creepy man lurking around the graves in odd hours. People are also claiming to feel a strong demonic presence and an unease feel around the cemetery. Yup, that is enough to scare the hell out of you for sure. 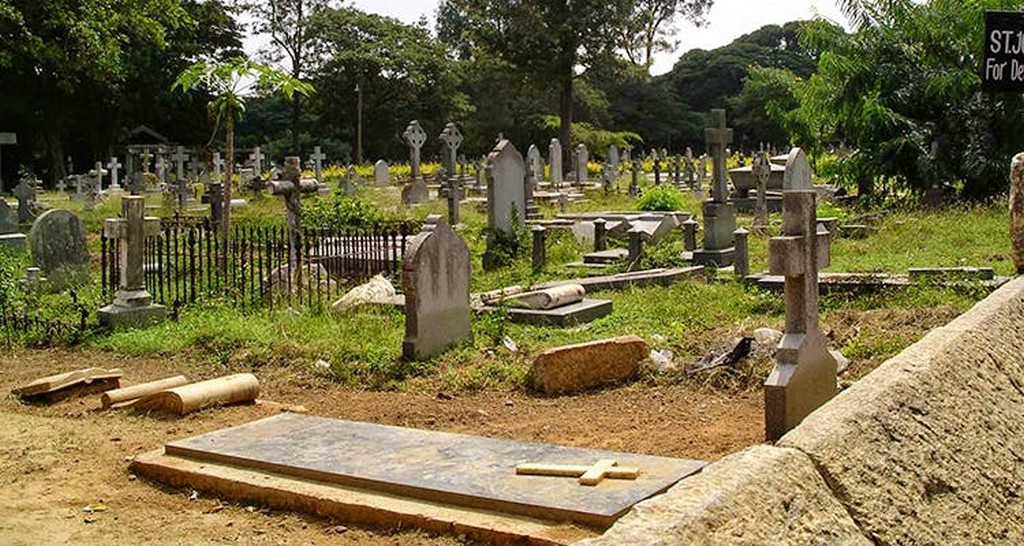 Have you heard about some creepy incidents happened in Bangalore Airport? Well, the sources are confirming some spooky events that make the Kempe Gowda International Airport one of the spookiest places in Bangalore.

Pilots have reported some paranormal incidence including a lady walking around in a white sari on the runway. The ground staffs are also confirming it by sharing their experience of sighting her in the Cargo section of BIAL. The evidence to prove this incident also came out in the form of an infra-red camera picture soon after. There have also been some rumors about a headless man sighting near the escalators of BIAL.

This horror story is kind of a funny one. The Victoria Hospital located near City Market has been witnessing some strange happening. People have been reported seeing a white ghostly figure on one of the trees in the hospital compound. But the funny part is, more than scaring the people, the ghost is busy with stealing food packets from the hospital.

So, be safe and keep your food safe and enjoy your creepy trip. 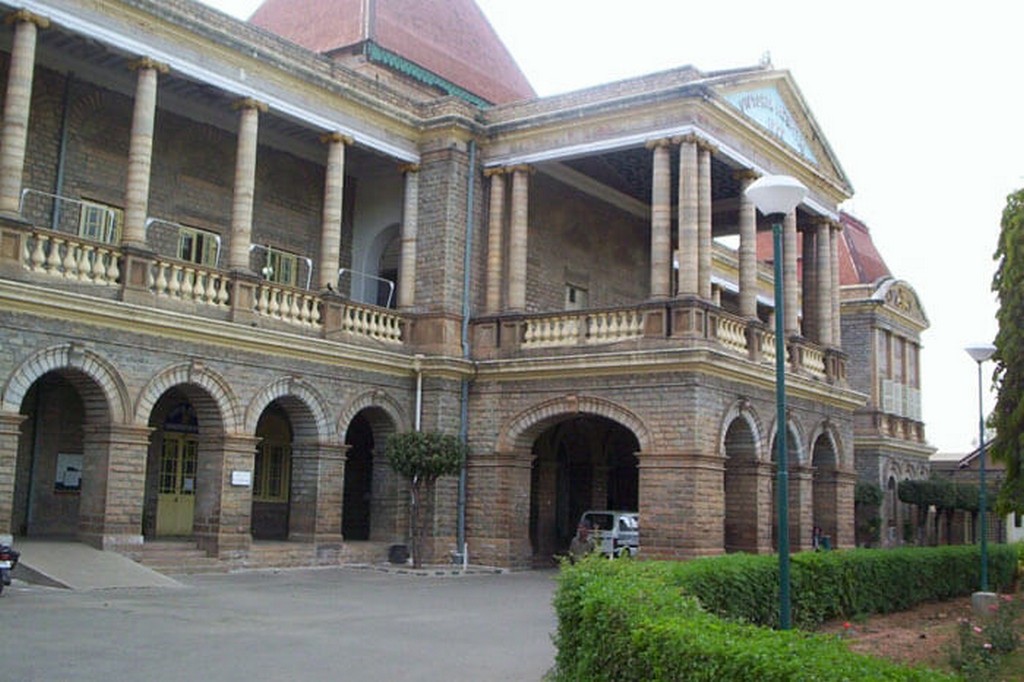 You must be familiar with the movie Stree and the concept of it. How do you feel if it happened in real life? Well, it did. Stree movie was based on the real incident that happened in Bangalore. Don’t worry, it was in the 90s.

A legend/witch used to haunt Bangalore and used to knock on doors to call out the potential victims. If they answer the door, the person used to die within 24 hrs. To prevent this unnatural phenomenon, the people used to write Naale Baa (Come back tomorrow). Creepy right? Well, thank god, the unusual phenomena stopped and let’s just hope the demon never makes a second appearance. 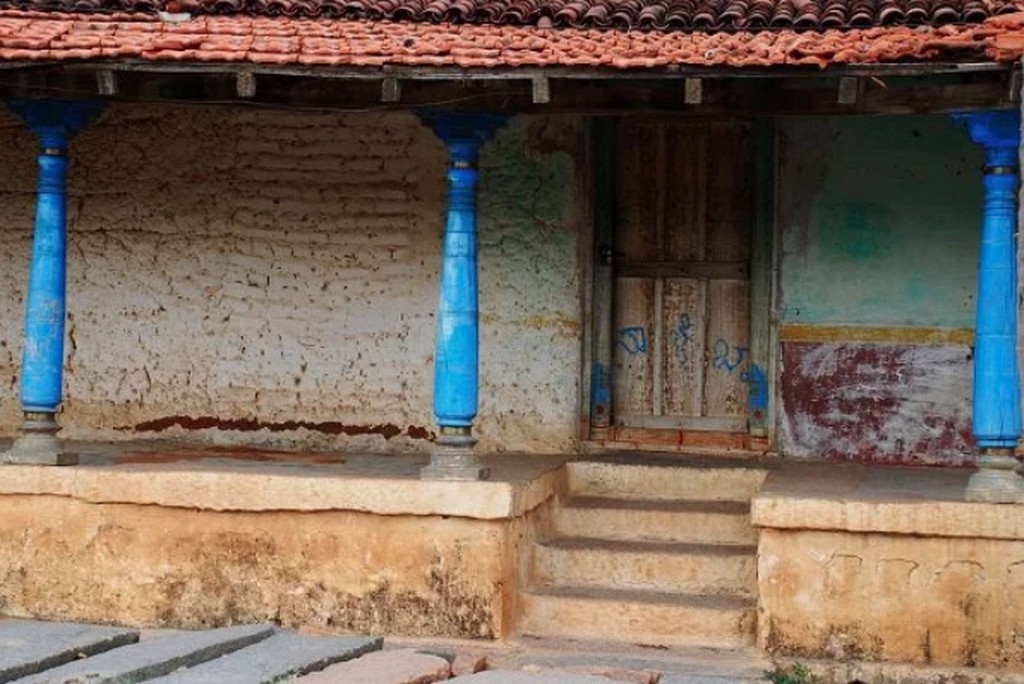 Do you guys know any creepy haunted places in Bangalore? Well, share your experience with us in the comment section.

Places You Can Visit This Summer Just Under Rupees 10,000