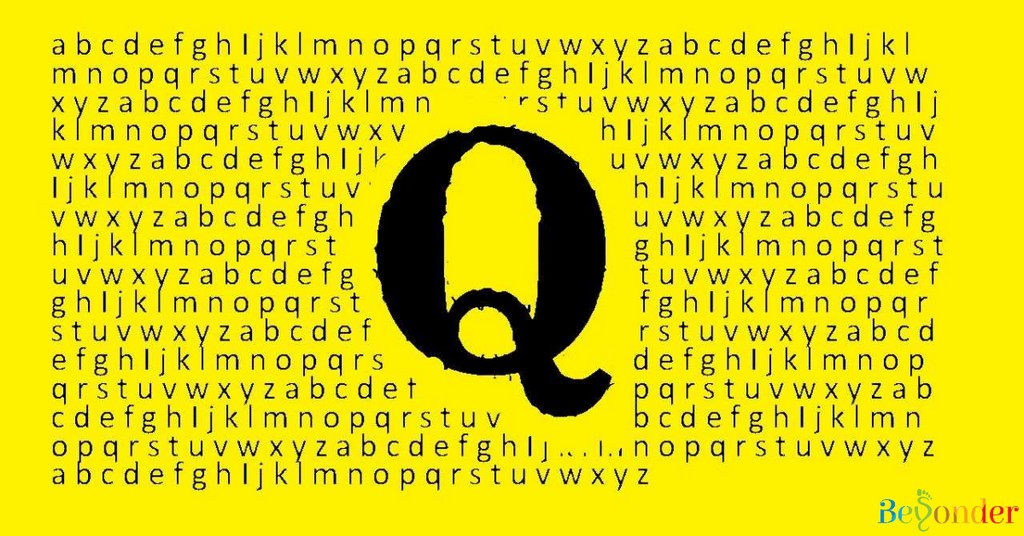 Of course, the Quarantine has Queues – in front of the provision shops, transport hubs, liquor vends, etc. Hence, Quarantine Queues. There is no other connect that this blog has with queues. Actually, I used the word because it starts with Q and goes well with Quarantine. Quarantine Queens was another option but it has other connotations, don’t you think? 😊 So, Quarantine Queues it is. Read on…

The Origin of the Quarantine

In the mid-14th century, the contagious Black Death (bubonic plague) spread through Europe and Asia. It wiped out about 30% of Europe’s population. It didn’t spare Asia too. The disease had a 37-day cycle from infection to death.

To prevent the spread of the disease, they instituted a 40-day isolation of ships and people coming from abroad. Venetians, who were the big players in commerce then, called it “quarentena” meaning “40 days”. The current usage of the word “quarantine” comes from this.

Quarantine Queues and Zones in history

This measure has been used before and after the Plague. Remember Ben Hur, where they show people with leprosy being isolated from society for life? During the Black Plague scare, Dubrovnik mandated visiting ships to spend a few days in an island nearby before docking at port. For 30 days, the “Trentine”. They even had sites called Lazarettos for this purpose. More lazarets were established in Modena, Marseille, Bordeaux, etc., as time passed and more diseases came up. Across Europe, America and Asia, many such diseases have made their presence felt, leading to the Quarantine – Syphilis, yellow fever, cholera, small pox, etc.

Even the Ottomans did it, as late as the 19th century. They had quarantine stations across their empire. Izmir (in current day Turkey) was the place where inspection of ships and sailors would happen. Only after this they were allowed inside the country. In Thessaly (Greece-Turkey border), all travellers entering and exiting Turkey had a forced quarantine of 1-2 weeks. These were controlled and operated by the Army. Sounds familiar?

The positive aspect of this Quarantine of the entire human race is that nature has benefited. Human nature will benefit, I am sure, as a result of this forced introspection and inward-looking. Nature too has benefited. Lesser pollution, lesser movement, lesser taking life for granted, more social isolation, more introspection, more stillness and more appreciation of nature. That most neglected part of regular life, nature, is now supreme. Nature, to my mind, is like the letter ‘Q’ in the English alphabet. Essential, but neglected. The alphabet wouldn’t be the same without the ‘Q” would it? But how many letters starting with Q can you think of?

And now, Nature has emerged. Battered, but growing stronger and assuming paramount position (as it should) in the alphabet of life. That’s good, don’t you think?

Quarantine Queues and the Individual

This enforced lockdown, social isolation and the consequent forced time with family and more importantly, the self, has been enjoyable for some and a drag for some. Our experiences have been varied and our journeys within ourselves have been many. Our friends have turned out to be of many types if one looks closely – mine are predominantly classifiable into the following buckets…

The Buddha in the Quarantine – the Buddha-tine

The philosophical, contemplative journeyer into the self. There is this concept of the Samatha and Vipassana in Buddhism.

Samatha is about not running, not moving… Stopping. In our lives we are all running. It’s as if speed gives us the comfort of ignoring reality – the impermanence of our effort and the material fruits of it. Samatha is about Stopping. And calming the mind. It is only when we stop that we are able to spend time digging within ourselves and see what makes us tick. More importantly, what gives us joy. This is Vipassana. It’s about Insight. It’s about paying non-judgemental attention to experiences in the immediate present.

Don’t be surprised – this journey into the self may yield unexpected results. I enrolled for a Vipassana course 6-7 years back. A cell in a commune and 2 weeks of silence, no gadgets, no communication, no books, no nothing. Except the self and the mind and meditation on it. Painfully unbearable initially and pure joy later. A life changer for me.

The Tippler in the Quarantine – the Tippl-antine

With liquor vends shut and selling of the good stuff prohibited, it was a tough time for some. I have seen this being tackled by many of my friends very differently. Some have quit drinking and gone dry – a habitual tippler friend from my home-state of Kerala has just quit. A good thing – he was quite an excessive drinker. I don’t know if he will restart once the quarantine is over. Some others rationed out their stocks to last for longer. A few scouted the black market for exorbitantly priced hooch. Many stood in the long Quarantine Queues in front of the liquor vends. And some, brewed their own.

Suddenly videos on wine making at home were in demand. I preferred buying tender coconut and fermenting the water at home – it’s a mildly heady drink that is called Toddy in my home state of Kerala. This taught the Tippler to savour the hooch and not just consume it for the sake of it.

And some of my friends, teetotallers, are laughing at the desperation of the non-teetotallers.

Sadhguru Jaggi Vasudev talks of looking inward and finding possibilities and dimensions, unknown. He’s right. I looked inside myself during this quarantine. And found a toddy-brewer!

The workaholic in the Quarantine – the Worka-tine 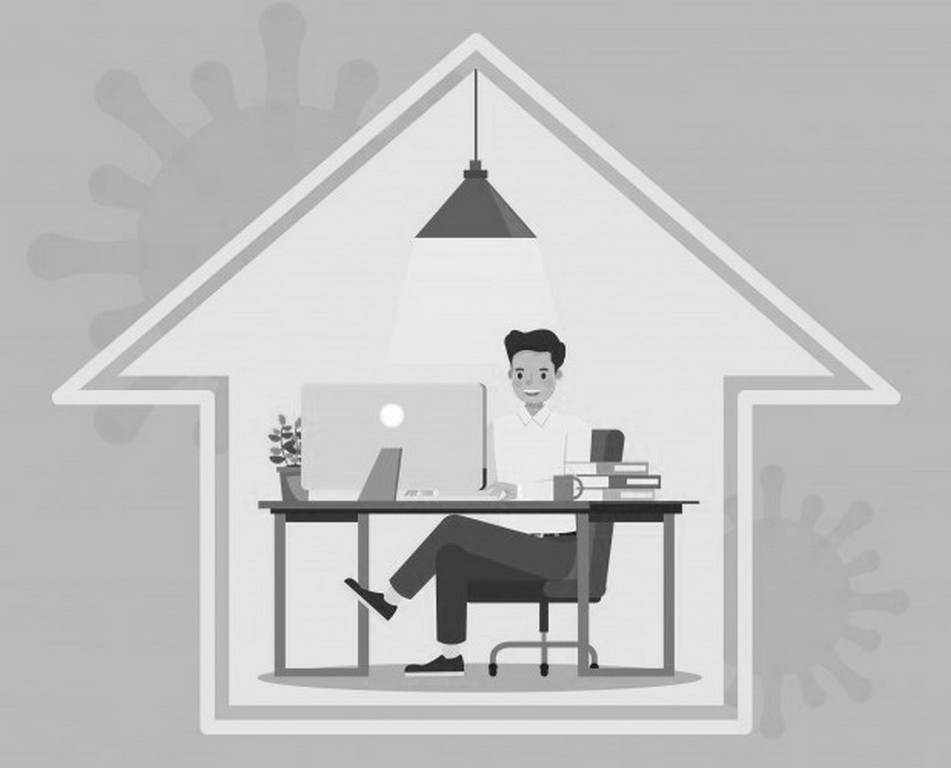 A friend of mine, younger and hence less cynical than I am, believes the world of commerce will come crashing down in case she takes her eyes of work even for a bit. She says she has been working even harder during the quarantine than in normal times. Of course, she conveniently blames it on the industry, work and the boss, not necessarily in that order. No time for anything but work – no reading, no thinking, just an immersion in a symbolic, often ambiguous goal. Fixed office times and lunch breaks as per office times. Video calls and meetings instead of face-to-face meetings at office.

The act of working itself being the goal mostly, I suspect. I have wondered often, whether this isn’t just a kind of running away from the self… I think it is. She doesn’t… Maybe she’s right. Maybe not.

The books/ movies enthusiast in the Quarantine – the Libra-tine

I have another friend, one who is super busy in real life, working a long day while handling home and the demands of a young kid. She has used this time to bond with her kid. And catch up on her reading and a TV series that everyone is taking about. She has finished binge watching the series and has now started reading the books… She says watching and reading stuff not related at all to her profession is incredibly fulfilling… to each his/her own. Again, an escape from the self? Maybe. Again, maybe not…

The social animal in the Quarantine – the Socia-tine 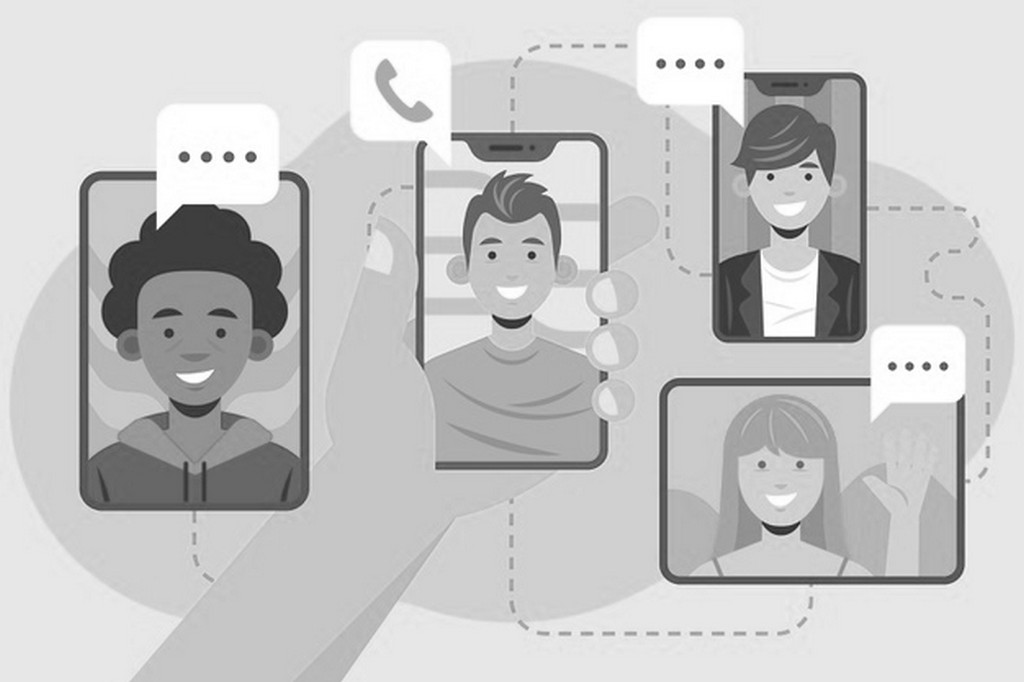 And then there are the social animals. The ones who cannot stay away from socialising. I have been part of umpteen Hangout and Zoom calls. Connected with folks that I haven’t seen for years. Like a batchmate from IIM Calcutta who I saw on Zoom after 25 years! Also, folks who I meet every once in a while. And those that I used to meet every day…

I have friends who make it a point to schedule these calls and sometimes even set rules. Like in one group my friend set a rule of everyone has to have a drink – a kind of BYOB (Bring Your Own Booze) party. The security of being in this all together? Or the sheer joy of sharing? Or the opportunity to catch-up when there’s time? Maybe all of the above is the answer. Its great fun, whatever be the reason.

The Do-it-Yourself boy in the Quarantine – the DIY-tine 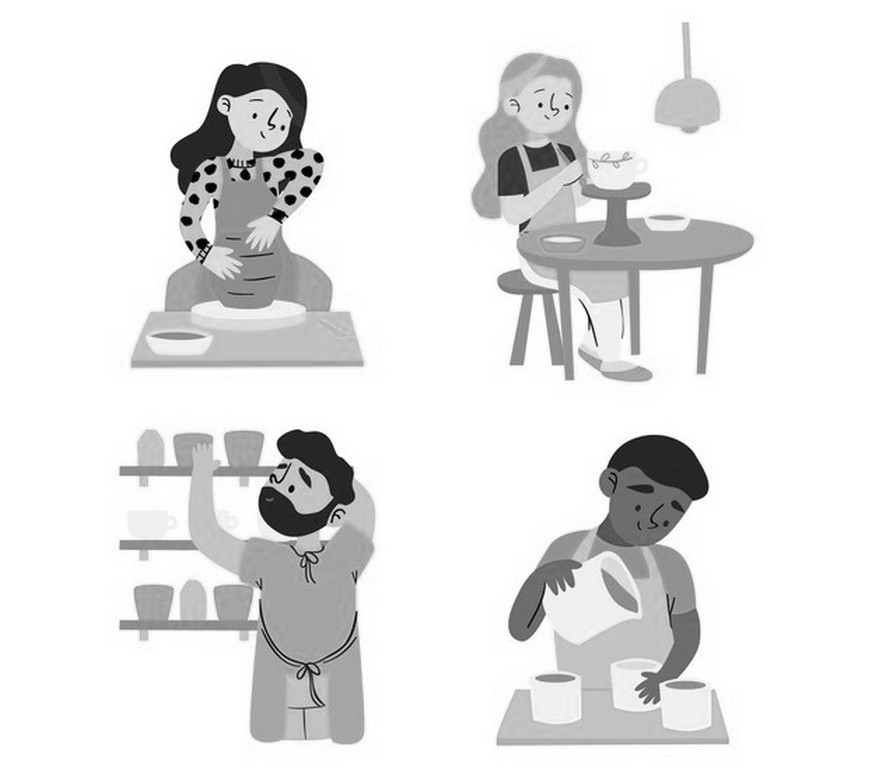 Yes, this is that DIY person. The one who cooks, cleans, mops, fixes bulbs, changes taps, washes clothes, bakes cakes, makes wine and is generally a pain in social media. Pain because he ends up being the example that folks throw at you as the ideal son, husband, friend or whatever…  This is a master of no trade but average at many trades. Ideal to have as an acquaintance during lockdowns for his/her contacts. Though I wish they would stick to their DIY-ness without advertising it to the detriment of others’ well-being.

The compulsive exerciser in the Quarantine – The Exer-tine

The gym-goers, the runners, the exercising freaks on my friend-list. Poor chaps had a tough time. They wake up at unearthly hours out of habit. And then do what? No stepping out. Of course no jumping around in the flat. No pumping iron in the gym. Some of them started climbing stairs in their buildings. One ran full-marathons on his balcony! Some walked around in their flats to the annoyance of others in the family. And some focused on games like Temple Run and tennis on their phones…

The Quarantine Traveler – The Travel-tine

And then there is the nomad at heart. The quintessential traveller, the kind who travels for the sake of travel. Bored of monotony and the escaper from the humdrum – the rebel horse, chafing at the bit. This is the person most affected by these Rousseau-esque fetters. Waiting for a chance to fly, but bound and grounded.

At work in Beyonder, we have a community of such folks – our regular travelers. We thought the best salve for these tortured souls (including yours truly) would be to give them a means of reliving memories. And sharing for others to travel vicariously in the theater of their minds. Thus, we called out for short stories from this community and were inundated with messages. We nomads are the talkative type when given a chance…

The result is the e-book “Memories, Moments and Mementos”, a compilation of the best few of these. This will be available in a few days for free download on the Beyonder website. Why don’t you take a few minutes to quickly pen down your memories and moments? Short stories of 200 words max – that’s the challenge. Click here to submit your stories for the book. Your story may actually help another nomad like you in escaping reality for the moment or planning the next escape… The nomad is the ultimate escapist; don’t you think?

Quarantine Queues and Me

I’m sure, there are many more personality types that came up as coping-mechanisms in the Quarantine. Like the WhatsApp-ine, the fiend who forwards every link, video, joke and news he/she receives… Or the Cribber-tine who is forever cribbing about the trials and tribulations of being in lockdown. Or the compulsive blogger, the Bloga-tine – we have quite a few of those at office. Take a look at some of the interesting output from these folks – Beyonder Blogs.

To be frank, there are bits of each in me and my coping with this Lockdown. A kind of Aham Brahmasmi-tine who encompasses all these roles and coping-mechanisms…

Any others that you can think of from your friends? Comment below or write to me – anand.p@beyonder.travel.

And hey, in case you are looking for some immersive travel ideas for post-lockdown travel, head to Beyonder Travel 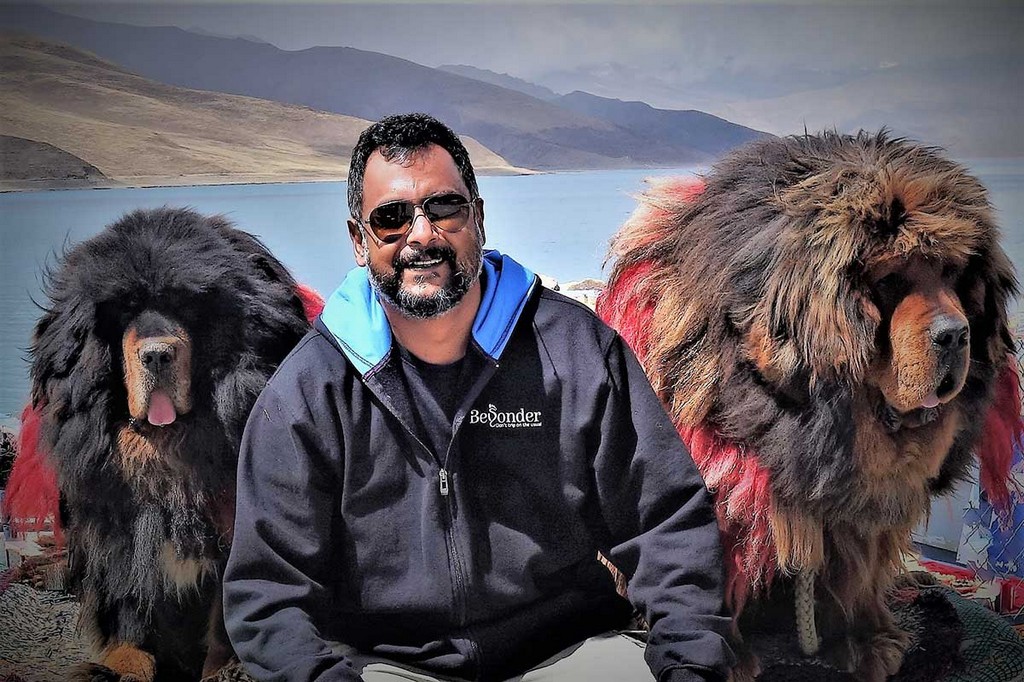