Mammoth Lakes is a perfectly situated springboard to the ultimate in sightseeing adventures. A national park, national monument, state parks, an official ghost town and the world’s oldest trees are all within easy reach for amazing day trips.
See the region’s most unbelievable natural and historic site on a five-day trip to Mammoth Lakes.

Yosemite is easy to access from Mammoth Lakes, and together they make a great pairing on any outdoor enthusiast’s itinerary. To get there from Mammoth Lakes during summer and fall, take the Tioga Pass State Highway 120 to the eastern gate into Yosemite National Park.

Yosemite Area Regional Transit (YARTS) offers transportation for visitors who would prefer to travel by bus from outlying communities into Yosemite Valley. For a reasonable fare, you can purchase round-trip tickets for the scenic ride into the park. The bus typically runs from June through September when Tioga Pass (Hwy. 120) is open. Weekend service is available in June and September with daily trips to and from Yosemite in July and August.

Begin your trip touring Yosemite National Park, including Yosemite Valley. Channel your inner Ansel Adams with a stop at Tunnel View to capture the quintessential shot of Yosemite. Feel the spray of Bridalveil and Yosemite falls, walk alongside the towering granite of Half Dome to Mirror Lake and marvel at climbers scaling the vertices of El Capitan. 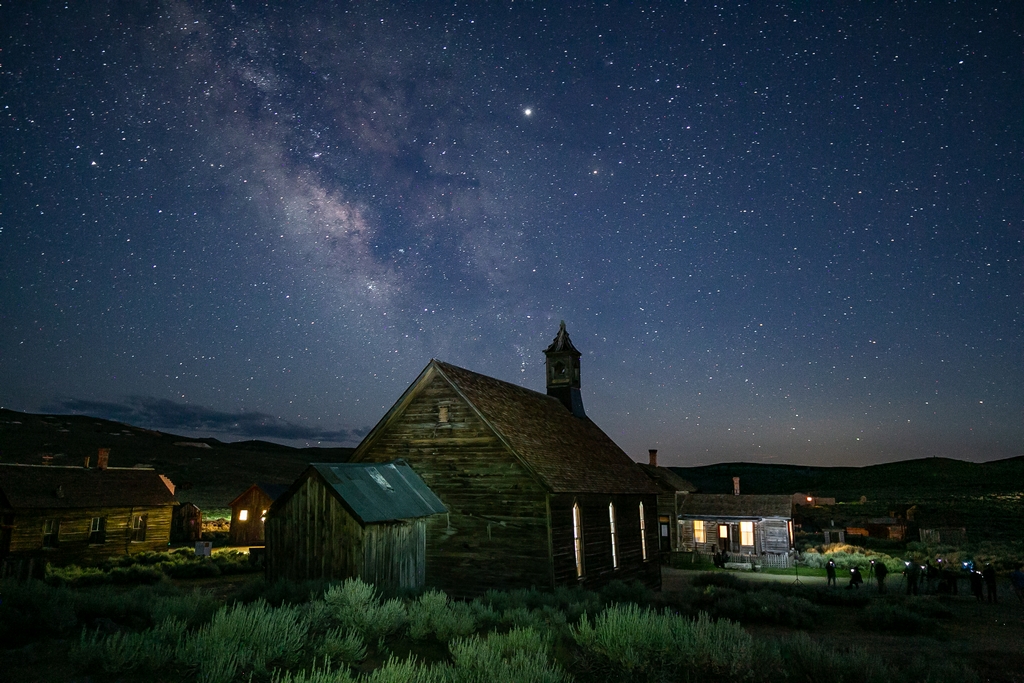 DAY 2 – HIGH COUNTRY
After exploring Yosemite Valley, head toward the east side of the park. Yosemite’s eastern entrance is just 45 minutes from Mammoth Lakes and accessed via Tioga Pass, the highest highway pass in California (open from early summer to late fall and subject to snow conditions). The area is accessible by car or the Yosemite Area Regional Transportation System bus.

Pack a picnic to take with you, as services on the east side of the park are limited. Hike among giant sequoias in the Tuolumne and Merced groves. Then spend time in the spectacular but often-overlooked high country. Choose an easy hike to a carbonated spring or a moderate scramble up a granite dome. Or use the park’s free shuttle to roam from the pristine shores of Tenaya Lake to the craggy outlooks of Olmsted Point. 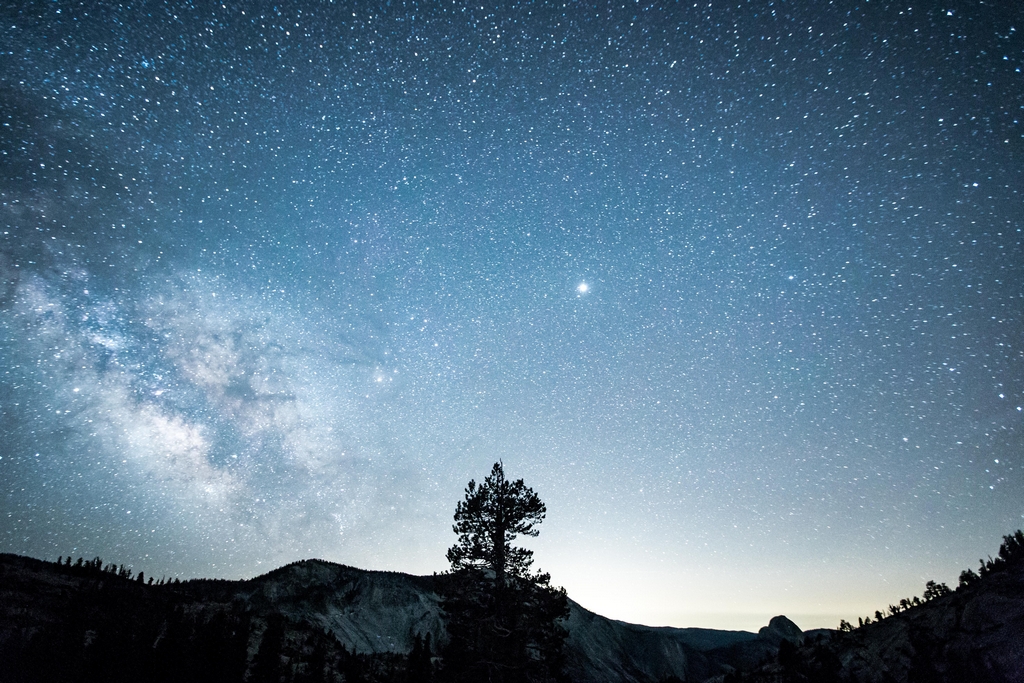 Catch the scenic shuttle from Mammoth Adventure Center to Reds Meadow (no private vehicles allowed), where  you’ll find Devils Postpile National Monument and the 101-foot Rainbow Falls. The nearly 800-acre Devils Postpile National Monument is situated in Mammoth Lakes’ backyard and preserves a columnar basalt formation formed by flowing lava about 82,000 years ago. As the lava cooled, it contracted and split into symmetrical, vertical columns subsequently smoothed by glacial ice.

Hike along the San Joaquin River to see the unique rock formation. Then, continue on the easy 2-mile hike downstream to Rainbow Falls, named for the colorful rainbows reflected in the mist by the midday sun.

Wrap up your adventure with lunch at the Mule House Café at Reds Meadow Resort before catching the shuttle back to Mammoth Lakes. When you’re back at the Mammoth Adventure Center, take a Scenic Gondola ride to the summit of Mammoth Mountain and admire the views from 11,053 feet. 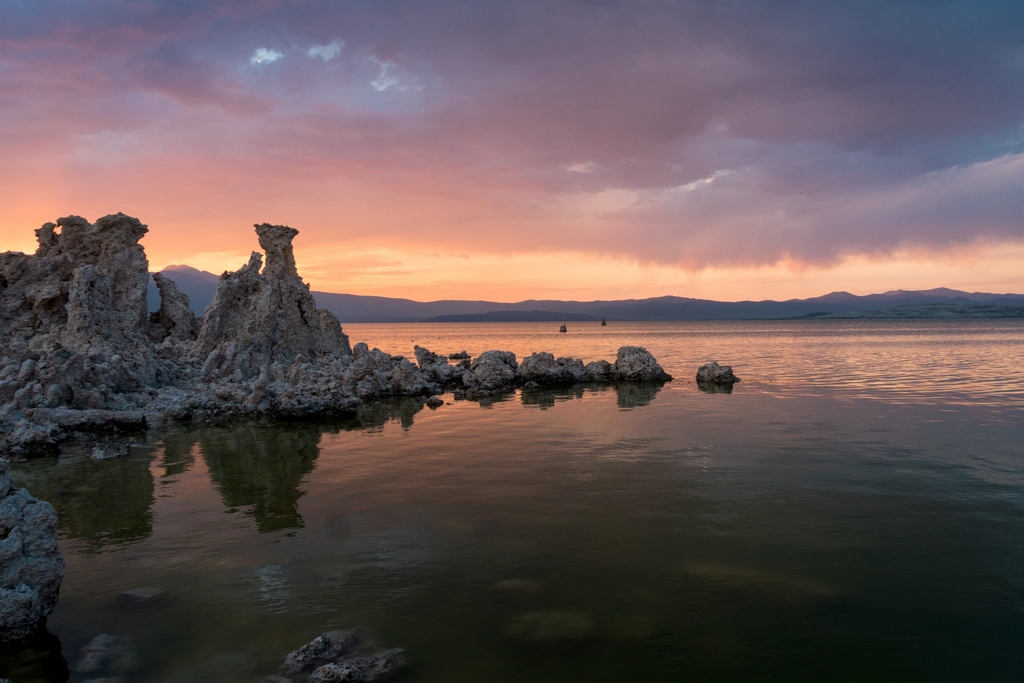 Over a million years old and covering nearly 105 square miles, Mono Lake, is situated just north of Mammoth Lakes. The alkaline lake has no outlet, so evaporation is the only way water leaves the lake, making it 2.5 times saltier and 80 times more alkaline than the ocean. The unique biosphere provides food to millions of migrating birds.

Just a few miles north you’ll reach the weathered buildings of Bodie State Historic Park, California’s official ghost town and the largest unrestored ghost town in the West. The park is the site of an old mining town, which produced over $35M in gold and silver from 1877 to 1888. In its heyday, Bodie was a notorious Wild West town of 10,000 residents. Today, 170 original structures still stand in a state of “arrested decay,” including a store where the same items remain from when it was closed for the last time in 1912. 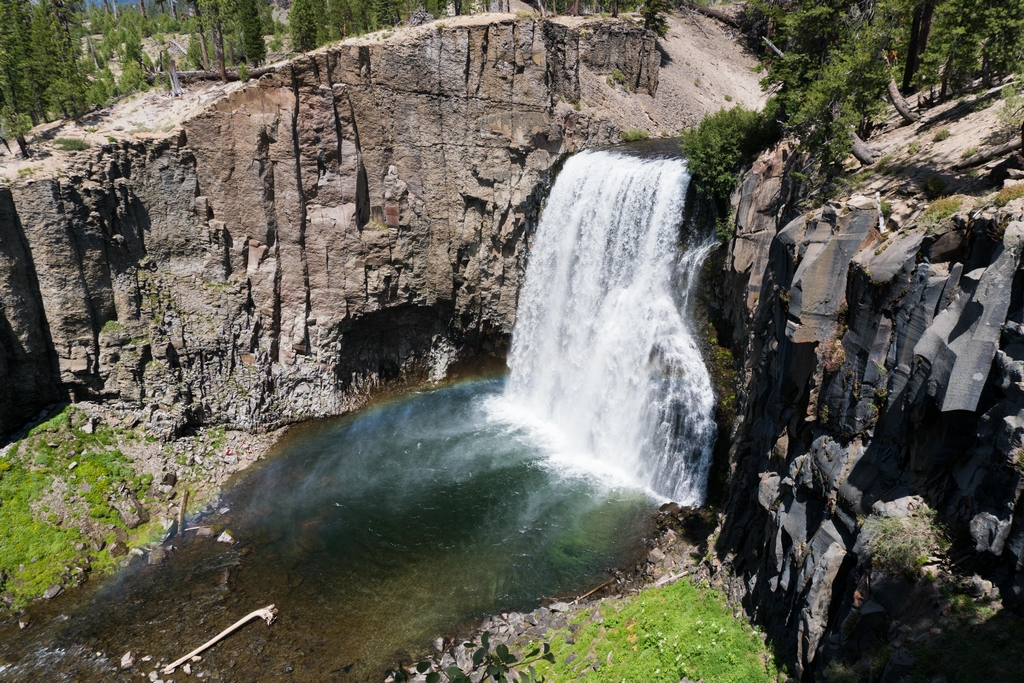 Situated high in the remote, tall and scenic White Mountains two hours south of Mammoth Lakes, the 3,500 to 5,000 year-old trees of the Ancient Bristlecone Pine Forest are some of the oldest living organisms on Earth.

Take Hwy. 395 south to the Ancient Bristlecone Pine Forest. Be sure to pack a lunch, water and snacks, as services along the route are limited.

Your first stop will be Schulman Grove Visitor Center, where you can get more information about the trails in the area. Take the short but scenic, 1-mile Discovery Loop or visit the very oldest trees along the more strenuous, 4.5-mile Methuselah Grove Trail. Then drive to the Patriarch Grove, over 11,000 feet in elevation, to witness the largest living bristlecone tree. 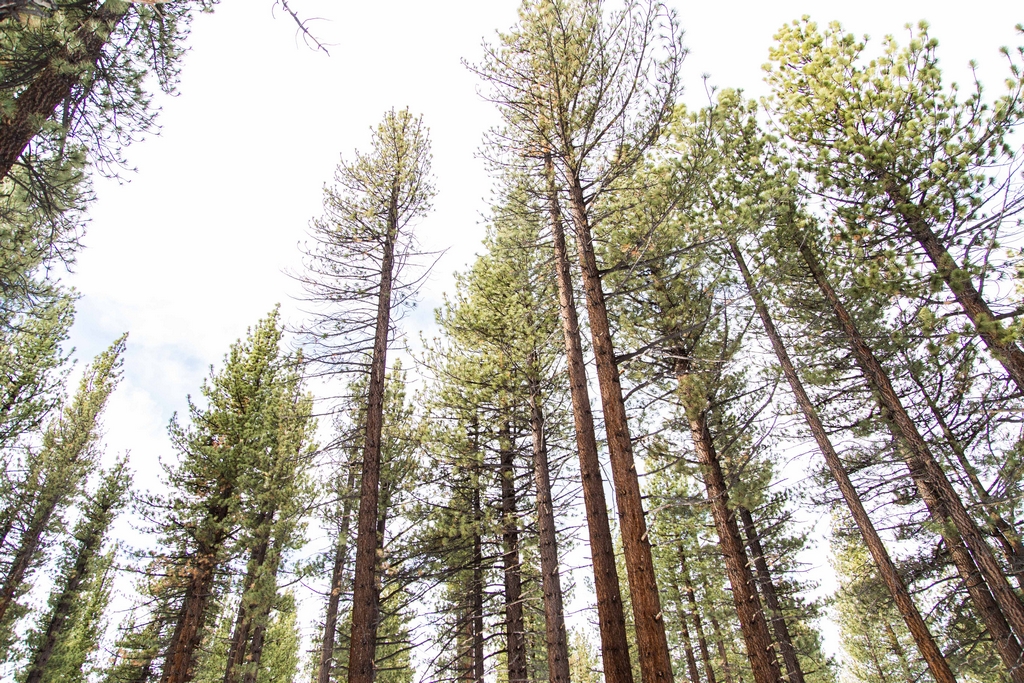 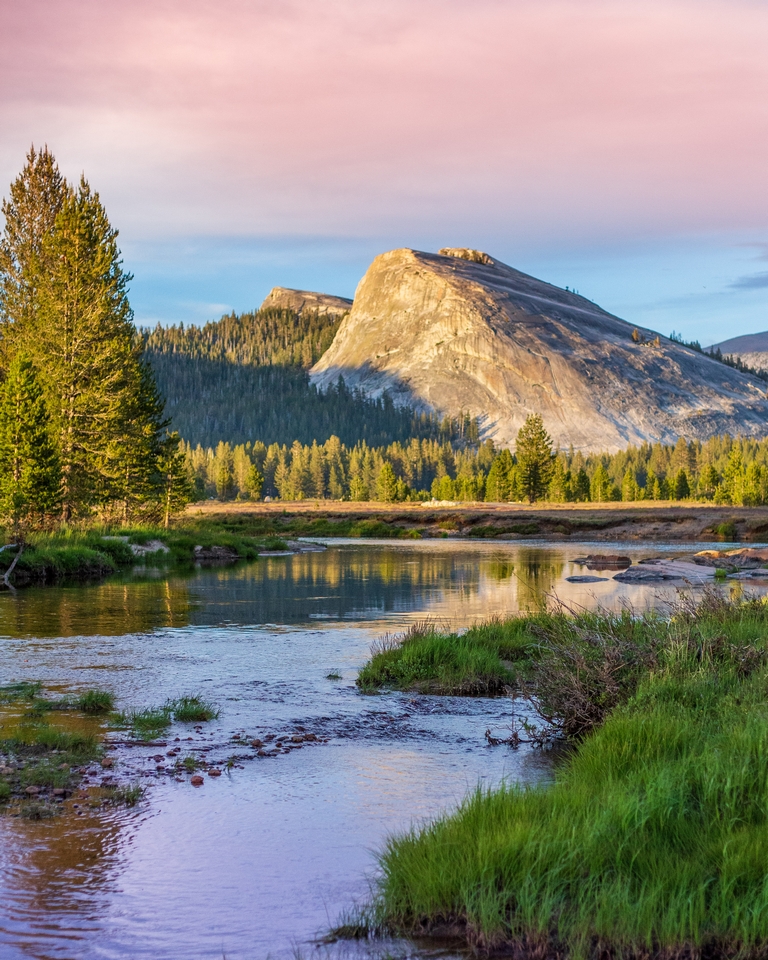 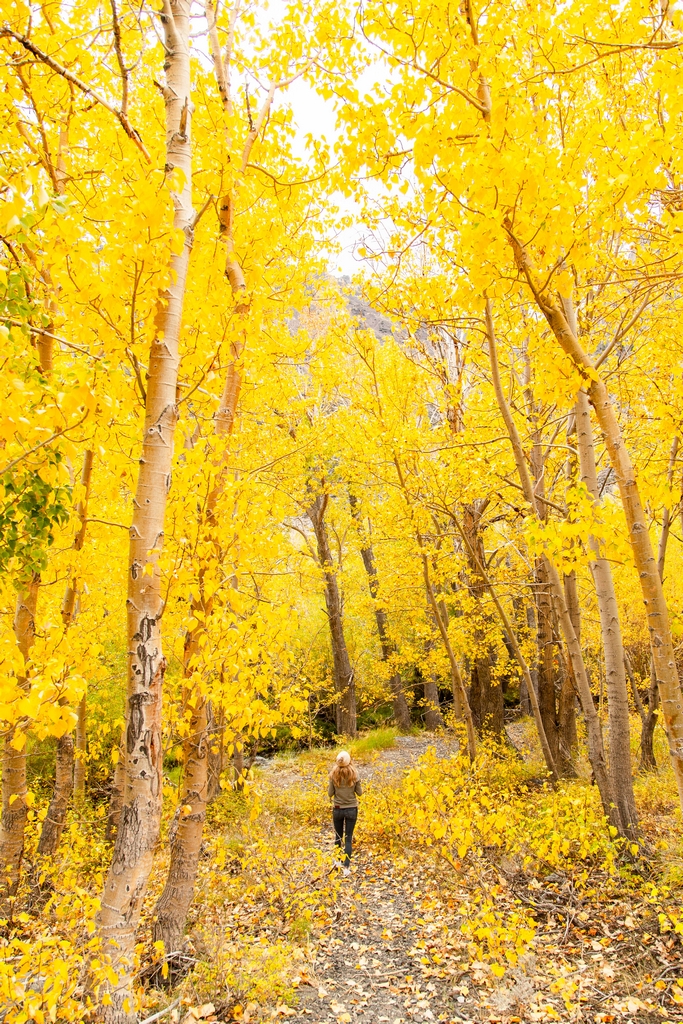 Welcome Back to Paradise!