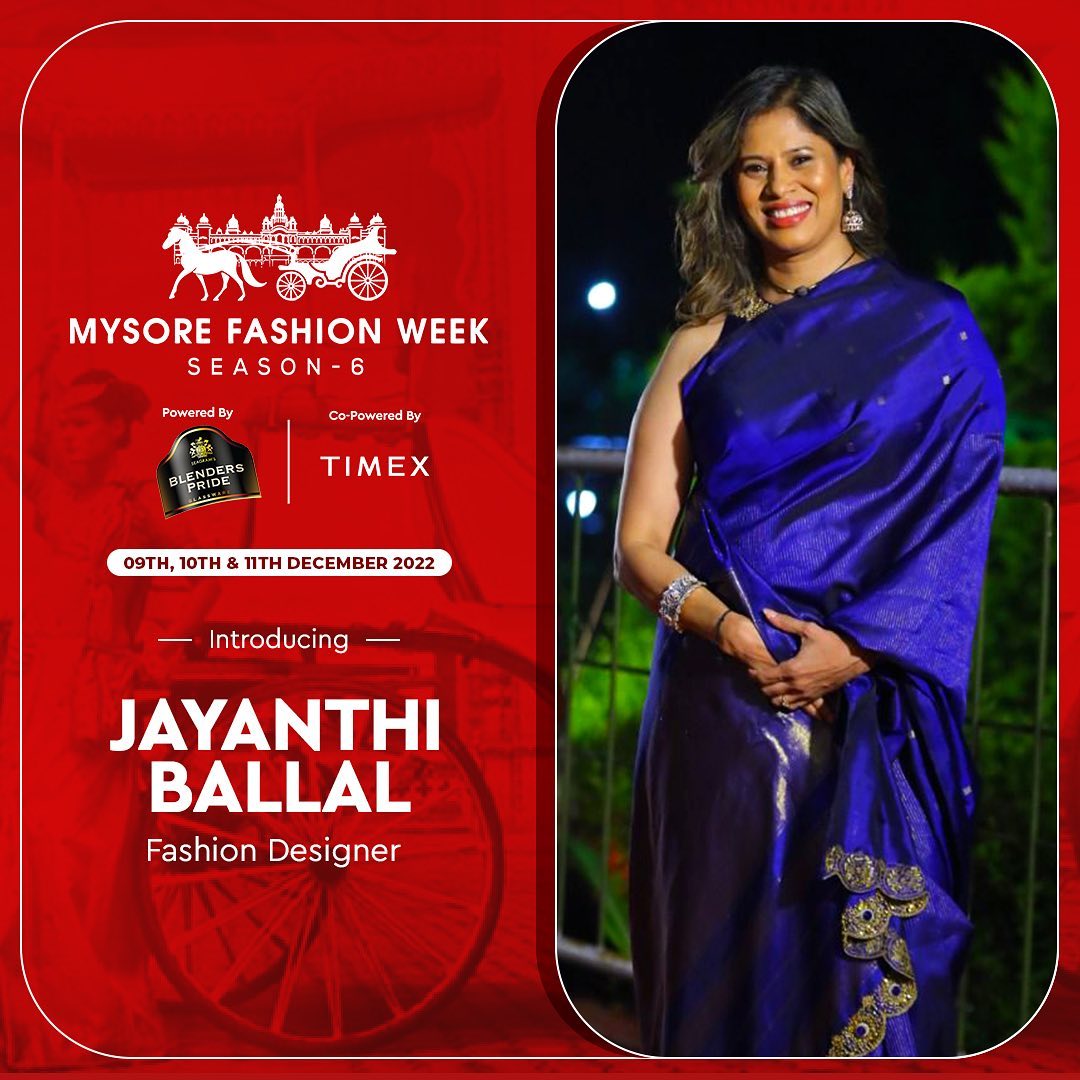 Jayanthi Ballal, a notable fashion designer who has received considerable industry support throughout the years, is in charge of the fashion week. It has contributed significantly to establishing Mysore as one of the fashion capitals of the world. She has effectively coordinated this fashion week over the years, which has contributed to its success. Rashmika Mandanna and Gauahar Khan had walked the runway prior. This four-day fashion event will focus on exquisite designs, glitz, and a celebratory after-party where all those engaged in the event’s organising may let their hair down and raise a glass to another successful event.

This year, Mysore Fashion Week returns with another normal season. The three-day mega-event will feature only the most recognised fashion designers, models, editors, bloggers, reporters, buyers, stylists, and key fashion influencers, allowing every fashion enthusiast to target a specific audience.

The models for fashion week were selected by a jury. Models were brought in one by one to wow the judges with their appearance, walk, and runway sense. The audition for some candidates lasted only 30 seconds or a few seconds. The models gave the unveiling of the logo the much-needed lustre, while the sounds of rain provided the appropriate, albeit unintentional, background music.

The jury picked a large number of models, both beginners and seasoned veterans, for the highly anticipated Mysore Fashion Week towards the end of the day.

According to various publications, She declared, “We had no expectations of continuing the fashion show, but we have this year. Despite appearances to the contrary, managing a fashion show is surprisingly challenging. It cannot be performed singly and requires teamwork; earlier, I worked autonomously without a team. I soon realised that I needed a team to ensure the success of my endeavour.”

She continued by explaining, “Mysore Fashion Week is on a mission to give young talent wings to fly and allow them to explore their qualifications, as India has an abundance of talent but no platform to showcase it. Our goal is to provide a venue for newbies seeking a break in the Indian fashion business to exhibit their flair for fashion to the world.