NEXA brought to centre-stage stunning collections by Gauri & Nainika and Samant Chauhan. Designers Gauri & Nainika are experts at dreaming up beautiful ethereal creations for those special occasions and red-carpet stunners. For Lakmé Fashion Week Summer/Resort 2020, the pair was inspired by the colours of NEXA and unveiled a grand look that was perfect for an evening in the enchanted garden when the romantic mood strikes. 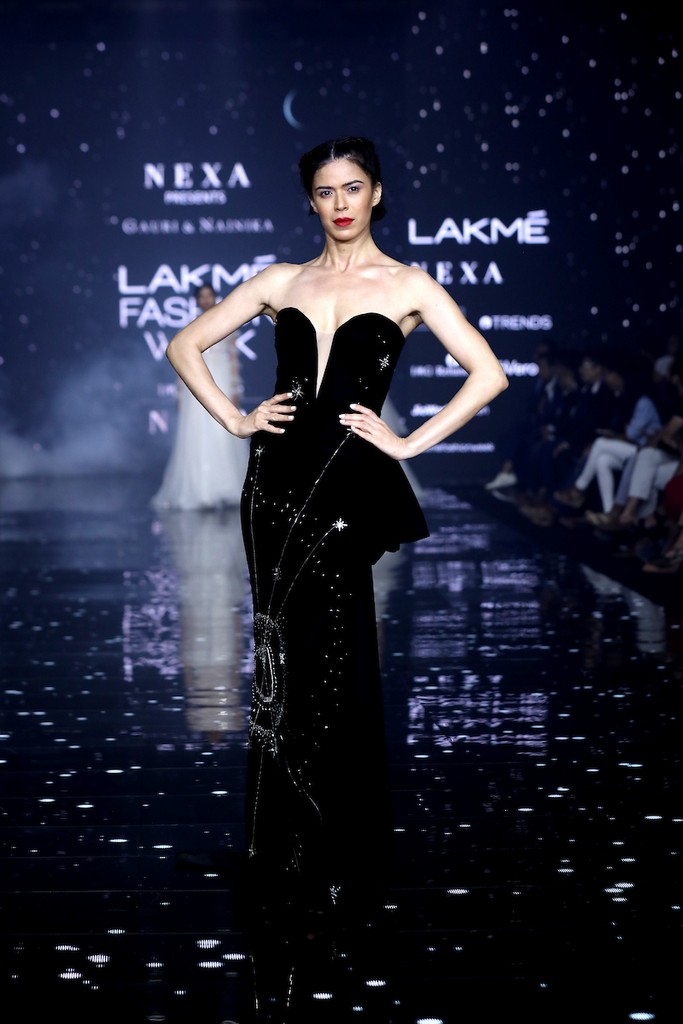 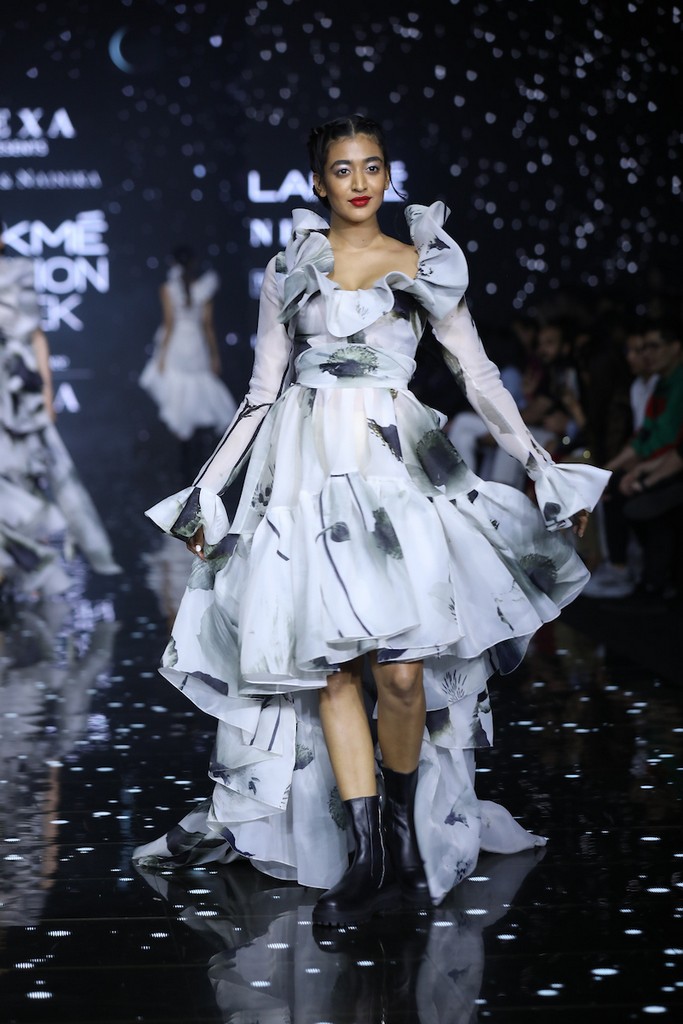 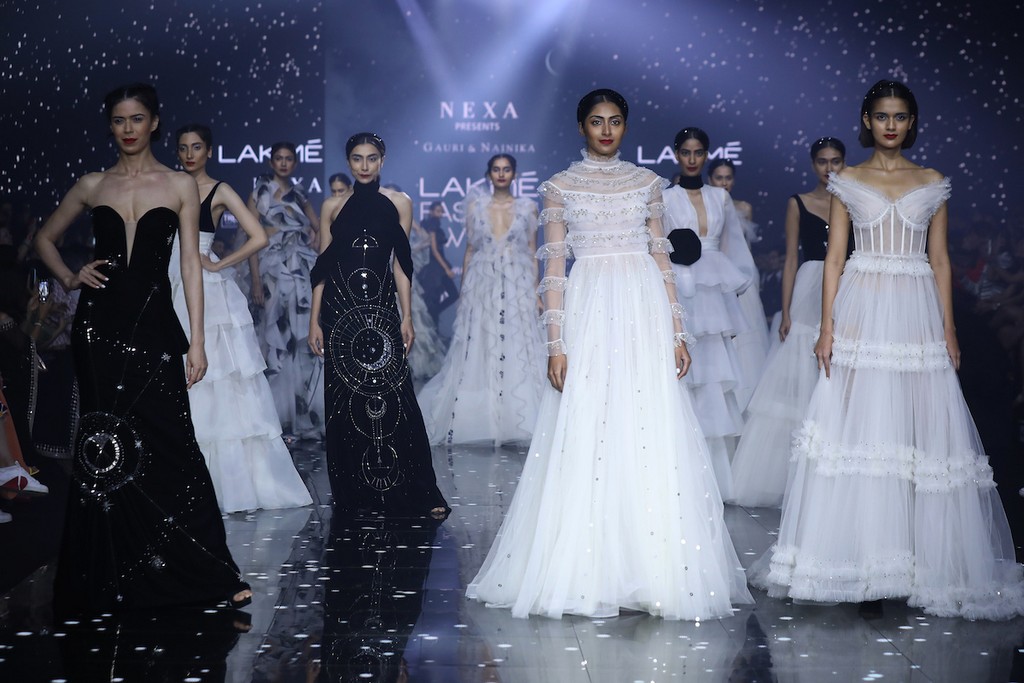 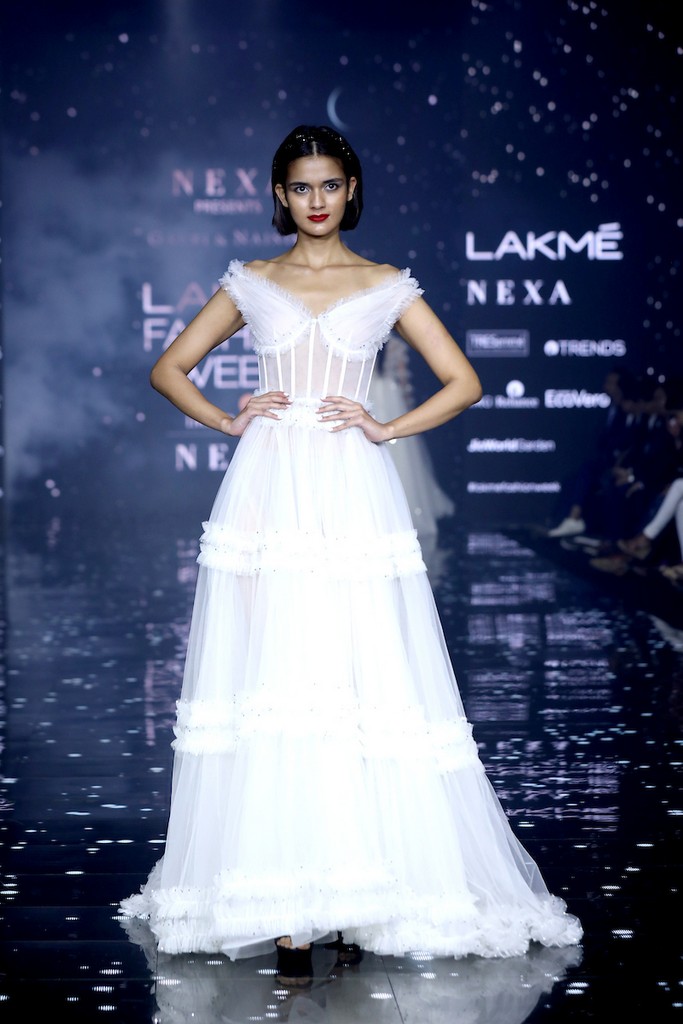 Sleek, slinky, gowns constructed in lush velvets were highlighted with lunar inspired embellishments while detailing and texturing was of a very high order and ensured that it was the focal point of the garments on the runway.

Tulle ruffles, a favourite of the designing duo was reinvented as delicate hand embroidered wreaths that daintily edged the necklines and silhouettes of the creations, while the gowns had an arresting iridescent quality but the necklines at times remained feminine and demure to add a touch of classic sophistication. 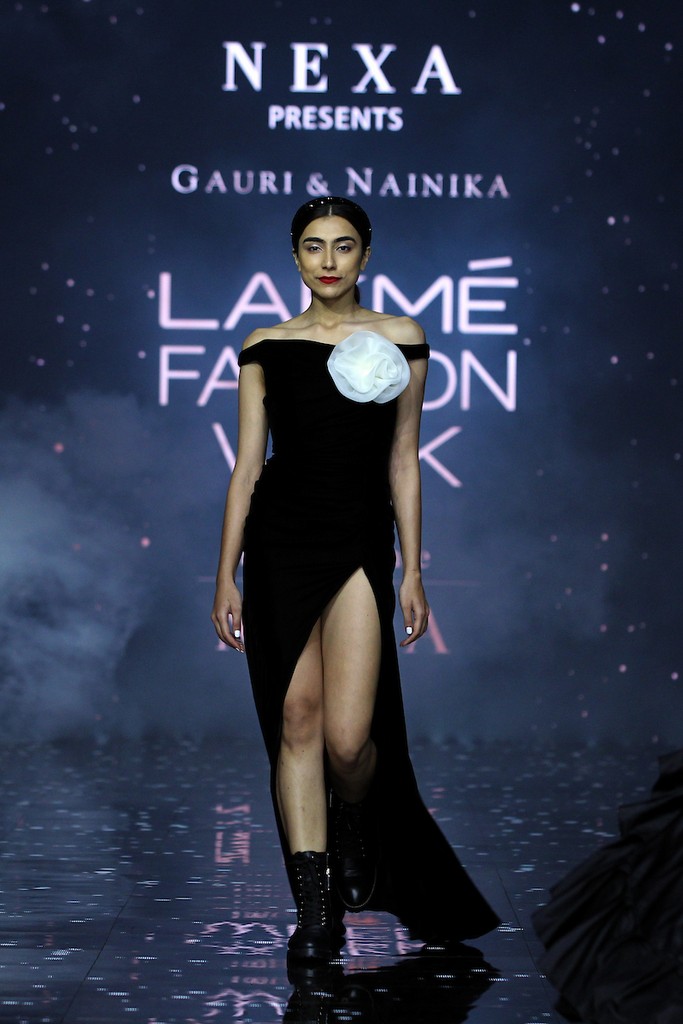 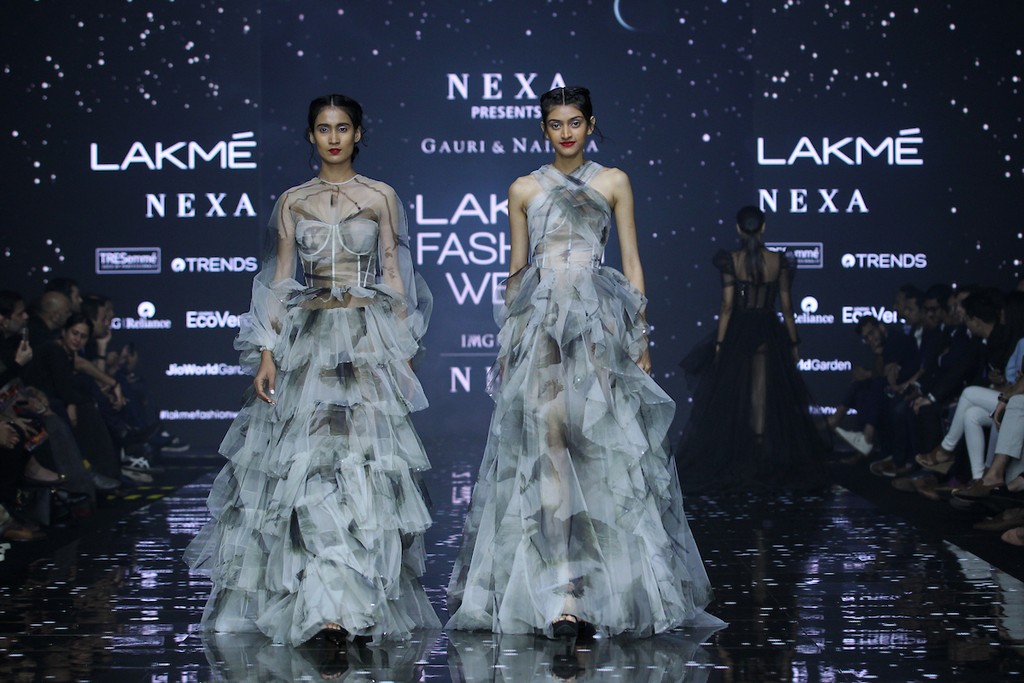 With monochromes as the essential base of the colour story, Gauri & Nainika added hints of royal blue with pops of glittering chrome that was inspired by the latest NEXA colours. Making a graceful and almost balletic entrance the beautiful Bollywood star Nora Fatehi glided in a black, sleek, sheath, gown with a giant white lavish train. 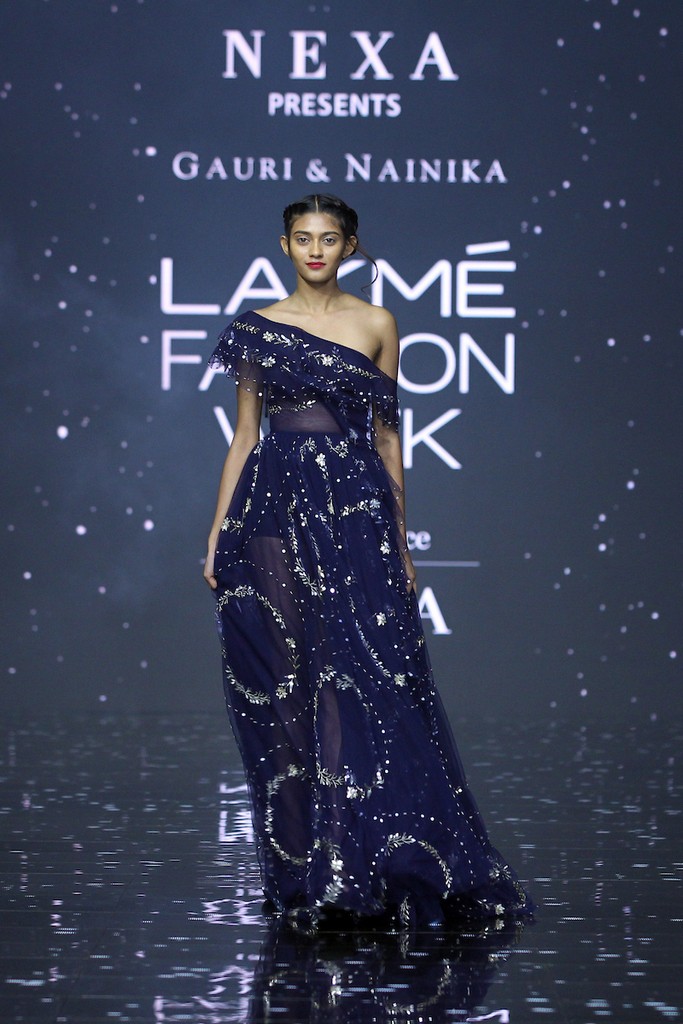 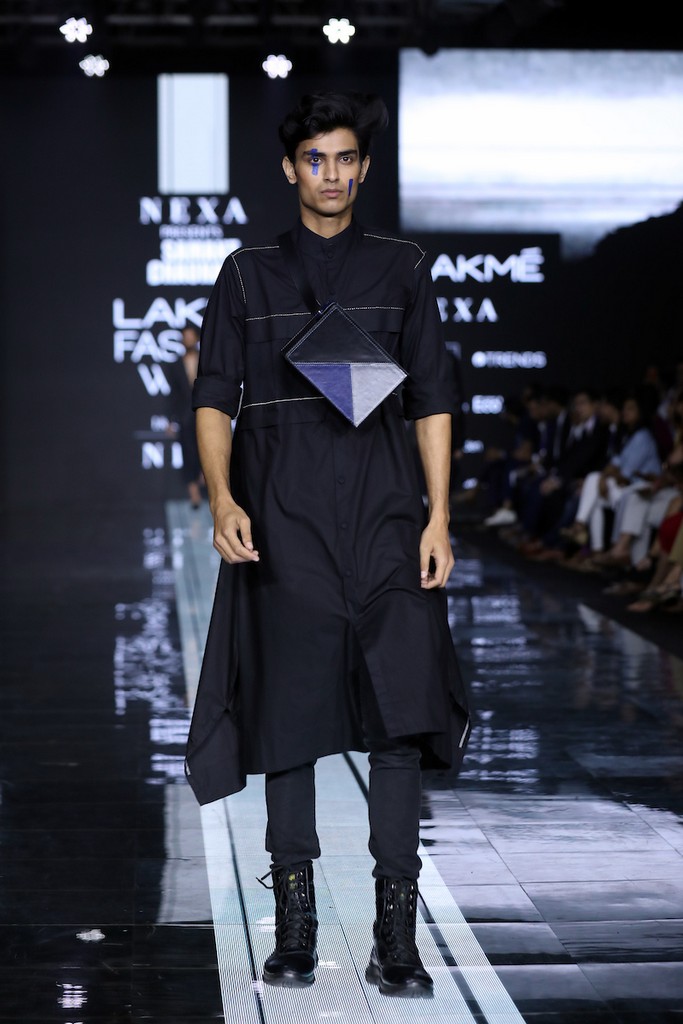 When it’s formal glamour the fashionable trendsetters desire after the sun sets over the horizon, Gauri & Nainika’s utterly sensuous and elegant creations will be conversion-stopping pieces throughout the evening.

When Samant Chauhan presents a men’s wear collection a lot of extreme creativity is at the base of the garments. For Lakmé Fashion Week Summer/Resort 2020 Samant’s men’s wear line inspired by the characteristics of NEXA was called “On The Road Again”. 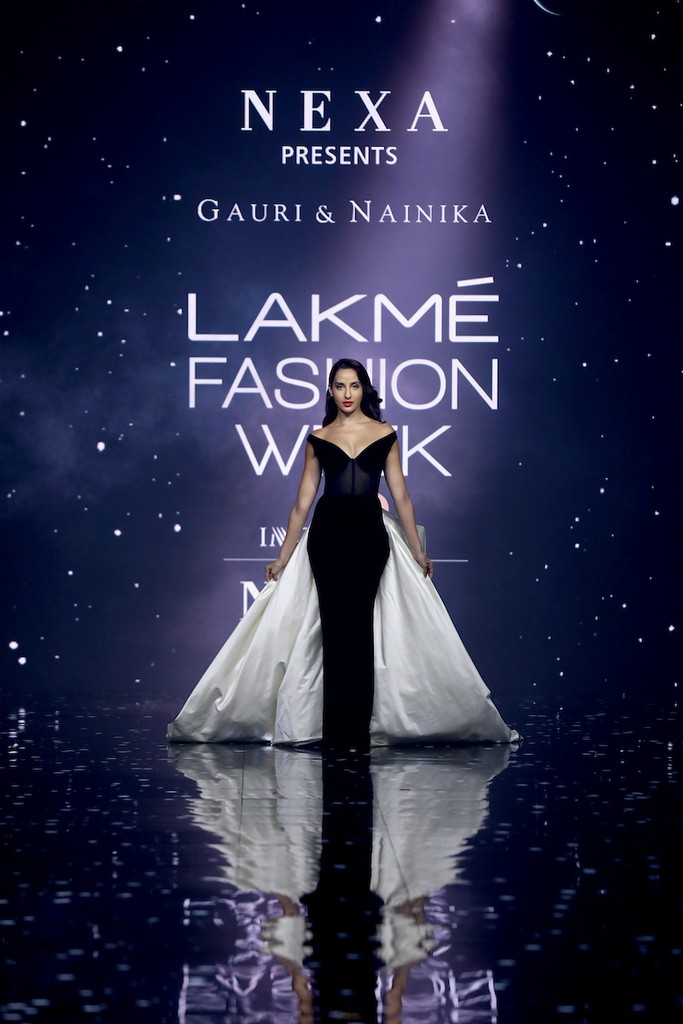 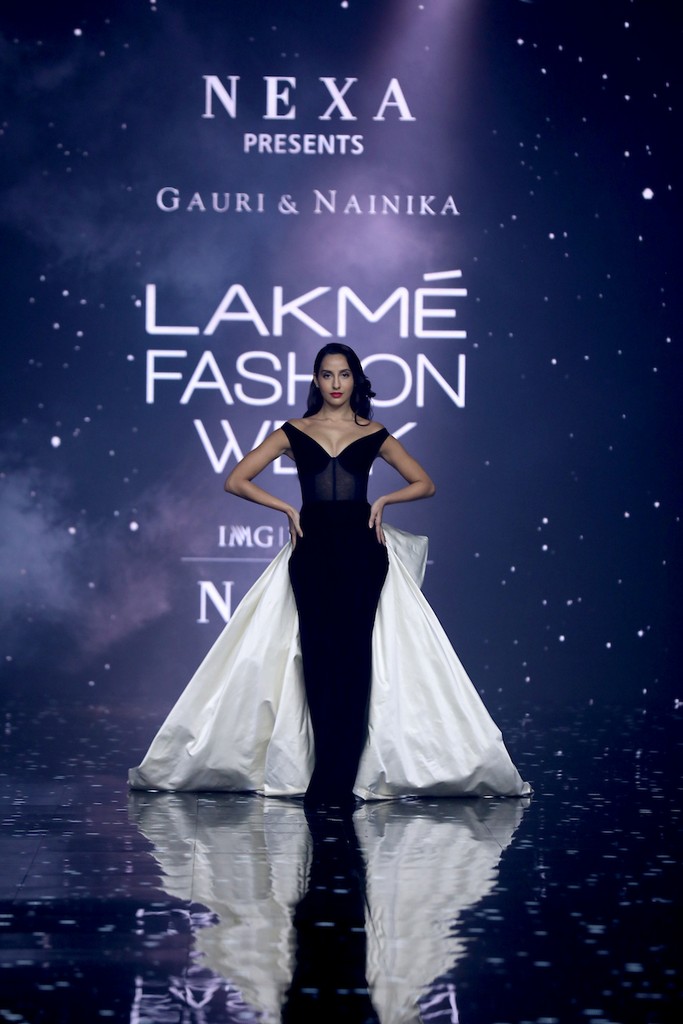 Samant visualised an innovative look for the New Age man who is on the go and whose life is spent jetting around the globe for his high-powered career. At the same time this successful head honcho ensures that his sartorial game is at the top of the fashion ladder.

Colours that appeared on the runway stayed true to black, and grey, while linear stripes and distinct fine checks added to the masculine appeal.  Sharply cut tailoring was Samant’s fortè so the modified trench coats, some with wide floppy lapels or belted with slit pockets made strong style statements.  Clean-cut jackets looked sharp when worn with stripes and checks giving the collection a very chic sophisticated sporty and young appeal. 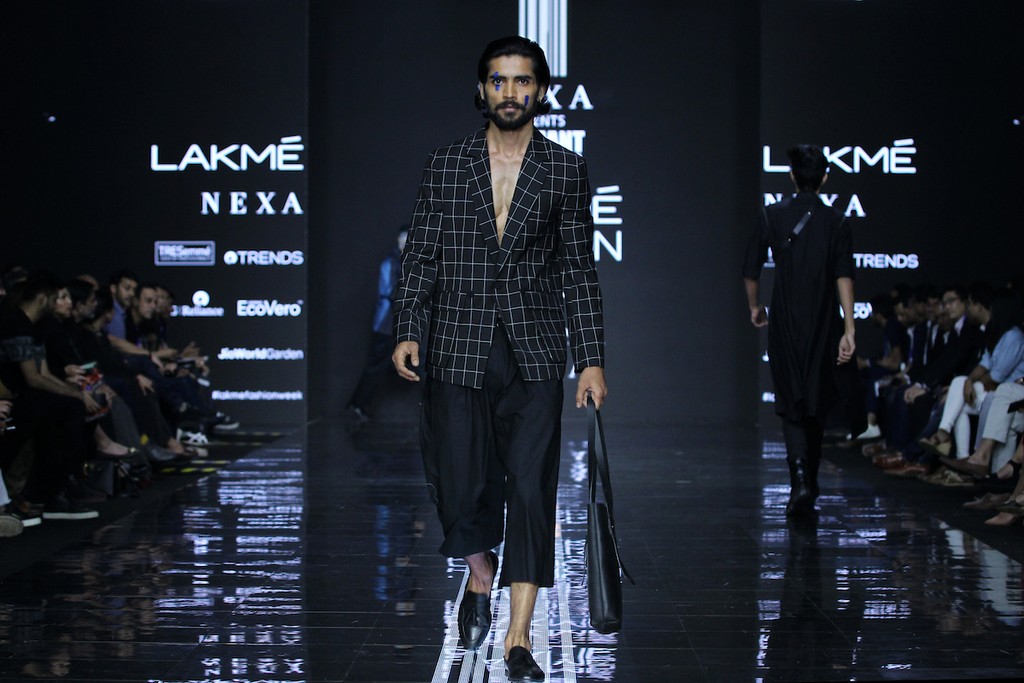 Belts also appeared for travel jackets that sported giant patch pockets. Angular checked kurta/tunics were teamed with wide trousers sporting turn-ups, while the asymmetric tunics were layered with zippered bomber jackets. A striped trouser with contrast white turn-ups was an adventurous take on bottom wear, while zips at the ankles added a trendy touch to the trousers.

The curved hemline of a knee length shirt gave a fashionable twist to the garment, while detailing like epaulets, contrast collars and piping, further added pizzazz to the collection. 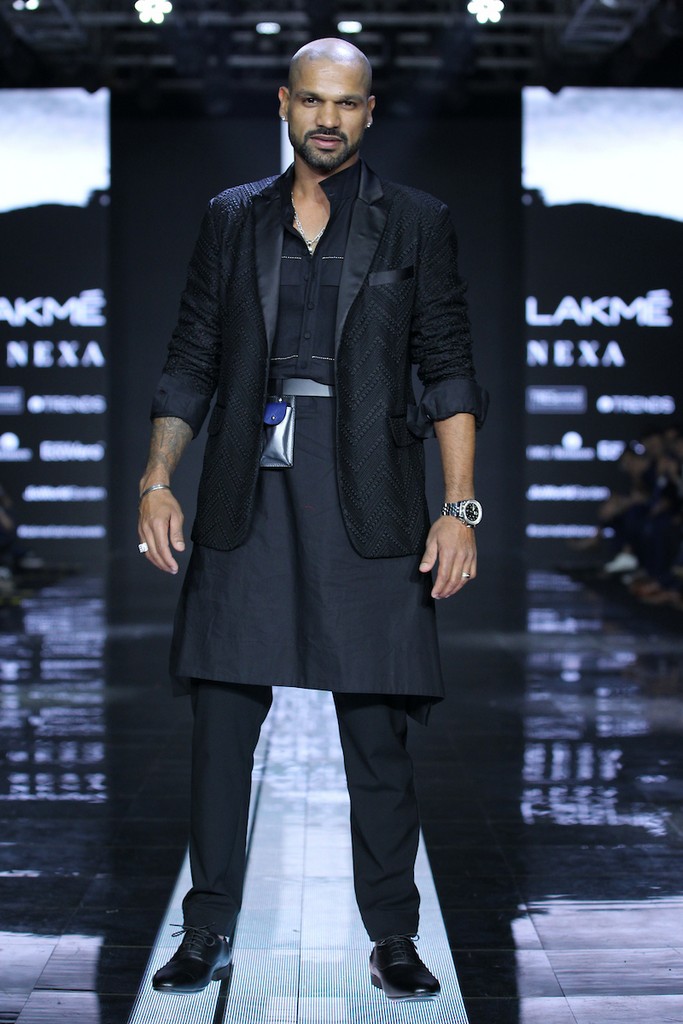 For a show stopping entry it was the stylish and dapper star cricket Shikhar Dhawan who confidently strode down the ramp in an all-black trio of kurta, peak lapelled textured tuxedo jacket and trousers. 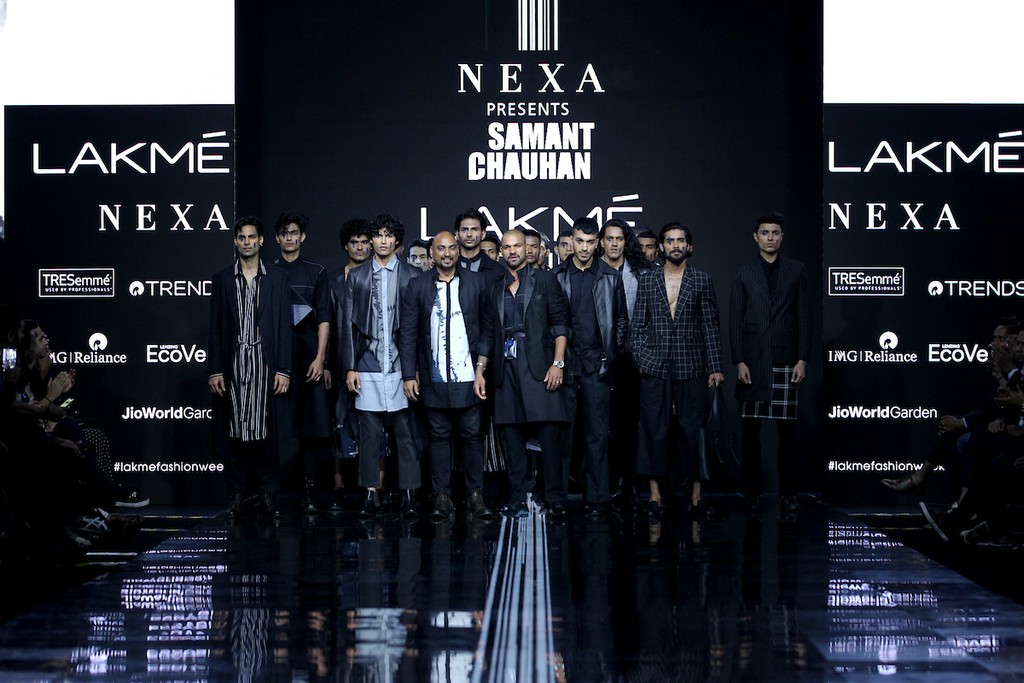 Classic Chikankari for the Catwalk