Sarposh – an ode to everything Kashmiri!

The cuisine from the paradise on earth, Kashmir in India, reminds me of its simple yet rich and distinct flavours. Though it has been invariably influenced by various cultures over the centuries, the cuisine dates back to 14th century, when people from Samarkand migrated to the valley during the Mongol invasion. And their descendants, known as Wazas or cooks, prepare the traditional Wazwan, a celebratory meal for the special occasions such as weddings.

In Bangalore, this cuisine is not easily available, though there are few places that serve Kashmiri food. Sometimes, many five-star properties also host Kashmiri food festivals. Recently, I visited a brand-new place, called Sarposh – Restaurant and Tea Room, that serves authentic Kashmiri wazwan in a ‘Trami’ as well as à la carte. They also offer a host of Kashmiri teas and Kahwas served with traditional breads and bakery items.

Owned by a Kashmiri living in Bangalore, Azmat Ali Mir, who is very passionate about her cuisine and culture, this place serves authentic Kashmiri Wazwan. According to her, “Sarposh is not just about authentic food, but is an overall experience of community”. Situated on 80 feet road, Indiranagar on the first floor, the ambience has vivid glimpses of Kashmir through its artefacts and décor. 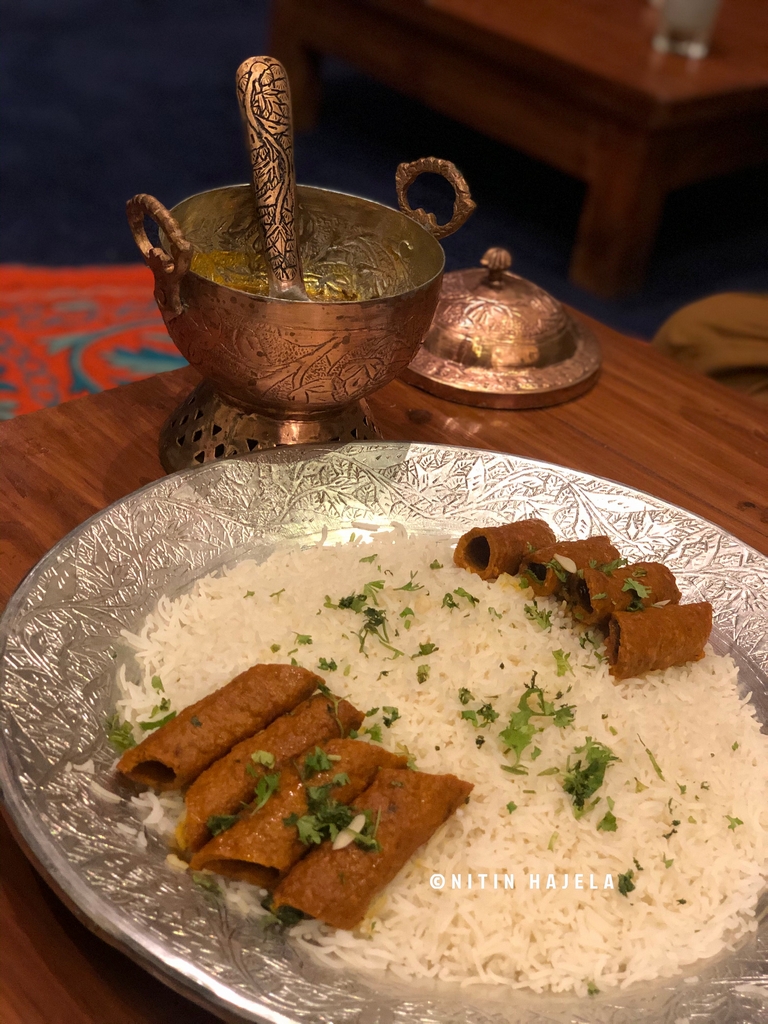 For the near authentic experience, we opted for the traditional Kashmiri community style seating. Our hands were washed with a Tasht and Naari in the traditional style. Food was then served on a Trami which is a large copper platter, covered with a lid called the Sarposh. For starters, we were served mildly spiced minced mutton threaded on a skewer and grilled to perfection, Maaz Seekh Kebab, on the bed of rice. It was followed by Waza Palak te Rista, finely hand pounded, velvety textured meatballs cooked in an aromatic stew made of spinach cooked in traditional Kashmiri spices.

The three vegetarian dishes that followed, were the Waza Heddar, a succulent mushroom dish with rich curd based red Kashmiri gravy along with the famed Dum Aalu, whole baby potatoes, cooked twice in a rich Kashmiri curd based gravy and the Ruwangan Chaman, chunky paneer simmered in a rich tomato gravy -sauce, flavoured with fennel seeds and Kashmiri spices. Then came the chicken dishes, Waza Kokur and Kokur Daniwal Korma. While the first one was a quarter Chicken twice cooked in an aromatic red gravy and served dry, the latter was a chicken korma, cooked in a yogurt based white gravy flavoured with generous helpings of fresh coriander.

Some of their signature condiments served to us included Pudne Chetyn, a light chutney made out of green chillies and fresh mint and Gande Chetyn, a crowd favourite, spicy thinly sliced onion chutney with green and red chillies, mint and coriander leaves and Vinegar. Leymb Babri Byol, a Basil seeds, lime and mint based cooler was also served during our meal. 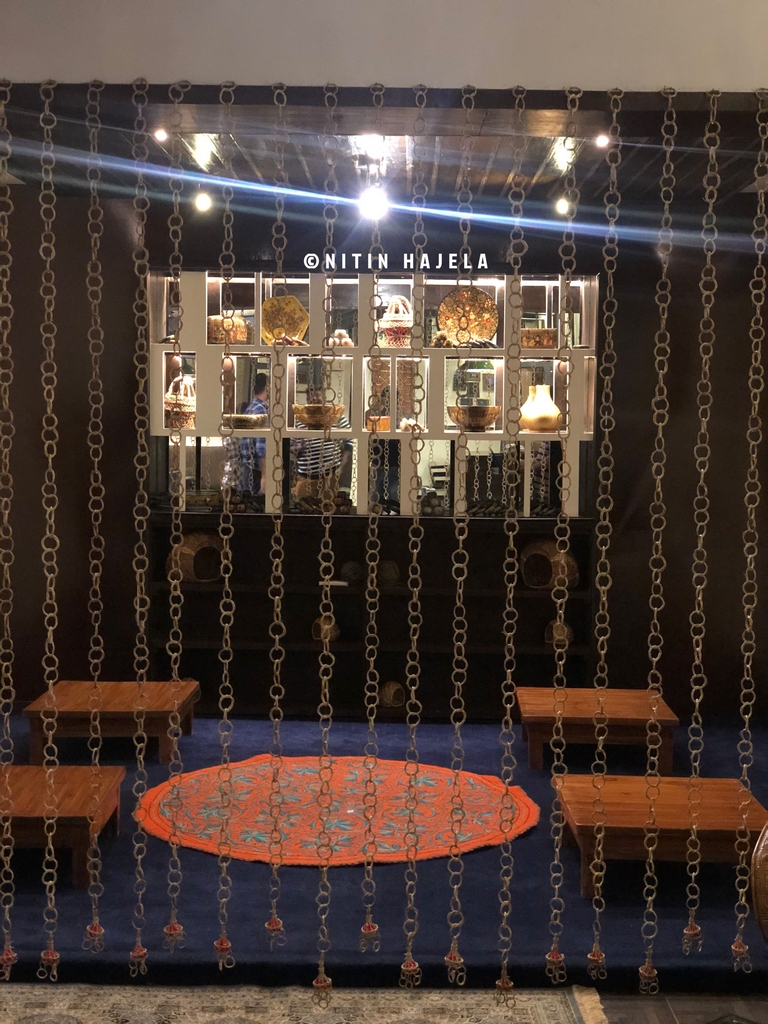 For desserts, we had Zafraan Halwe, a toasted semolina cooked in the flavours of saffron, cardamom and clove and their best seller Zafraan Firin, a creamy and delicious pudding made of rice, milk and saffron and garnished with dry fruits and nuts.

As no Wazwaan is complete without tea, we too had our share of Zafraan Kehwa, signature Kashmiri hot and sweet beverage flavoured richly with saffron, cardamom and almonds.

This place imbibes the true spirit of Kashmir through its food. It was really heartening to know that to maintain the authenticity of the cuisine miles away in the city, not only their kitchen team consists of Wazas from the valley but also their majority of non –ingredients are sourced from Kashmir on regular basis. Indeed, one of the best bets to have an authentic Kashmiri meal in Bangalore.

– Nitin Hajela is a food critic, experimental chef and avid traveller, based in Bangalore.