Bonding over Brews from Briggs Brewery

The premiere brand to brew within Karnataka, Brigg’s Brewery is Bangalore’s first home grown craft-beer label. Created from the simple idea that beer has power to bring people together, Brigg’s brings its own array of unique flavours to an international collection of craft beers. 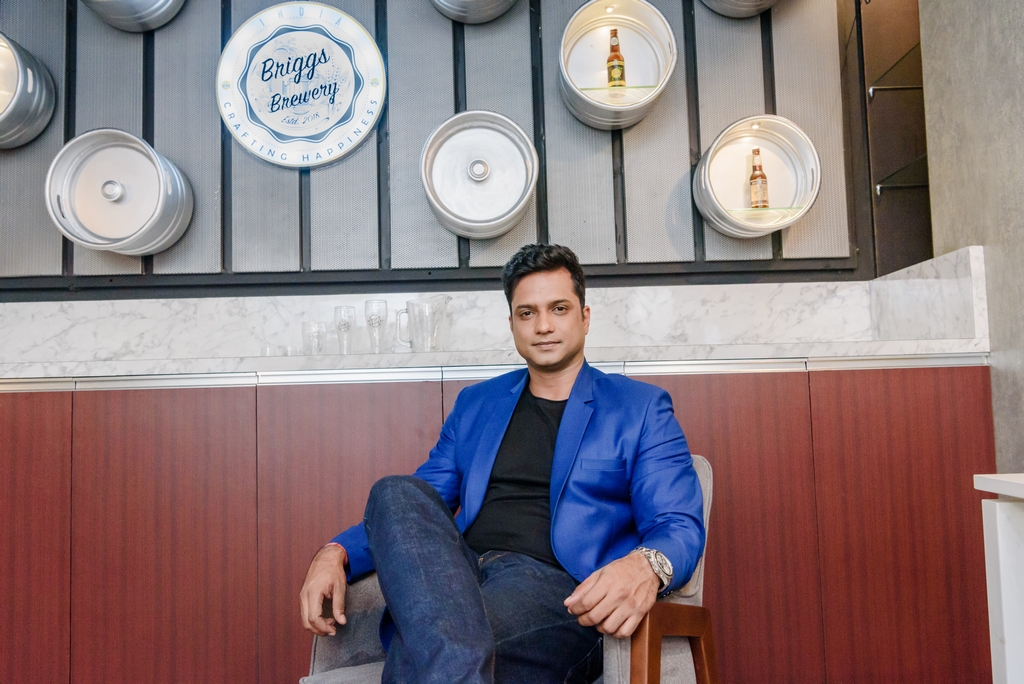 Conceptualised by Hari Singh and a close group of like-minded individuals in 2018, it brought together by their love for beer, Brigg’s embodies the same passion and creativity in each of their cold brews. Hari Singh – Founder and Director, Briggs Brewery, Bangalore is the brains behind the brewery. Hari is a formidable player in the city’s growing brewery, craft beer industry and the Founder and Director of Briggs Brewery, Namma Bengaluru’s first home grown craft beer brand. Being born and raised in city, he is a true blue Bangalorean. He finished his schooling in Bangalore and went on to complete his graduation as one of Bangalore’s most reputed colleges. He also went on to complete his MBA in finance.

Hari’s professional career started in the corporate world as sales and marketing expert which spanned seven years. He forayed into the real estate industry in 2010, creating his own company, which he ran as a solo entrepreneur. The inception of Briggs came about around two years ago, while Hari was looking to actively diversify into other opportunities and verticals, mainly investing in the microbrewery segment. Along with an expert brew-master, a friend and a high-expertise team in place, Briggs Brewery was conceptualised. The name is derived from old English and translates roughly to “bridge dweller”.

Hari along with Francis, a renowned expert in the beer industry channelised their knowledge and skills by partnering with Bangalore’s oldest manual manufacturing plant, enabling them to brew their own brand of beer. With the full-copper setup, Hari and his team looked at creating a brand more than just dabbling with the competition. The process would allow better tasting beer, giving Briggs the upper hand in delivering top a quality beverage.

The concept revolves around beer lovers having access to craft beer at all times. And in this regard, Briggs will also have bottled beer and kegs, along with their establishment setup. This would allow for better access to good quality and affordable beers, taking advantage of a gaping hole in the current market. Hari also plans to expand Briggs’ presence in South East Asia. 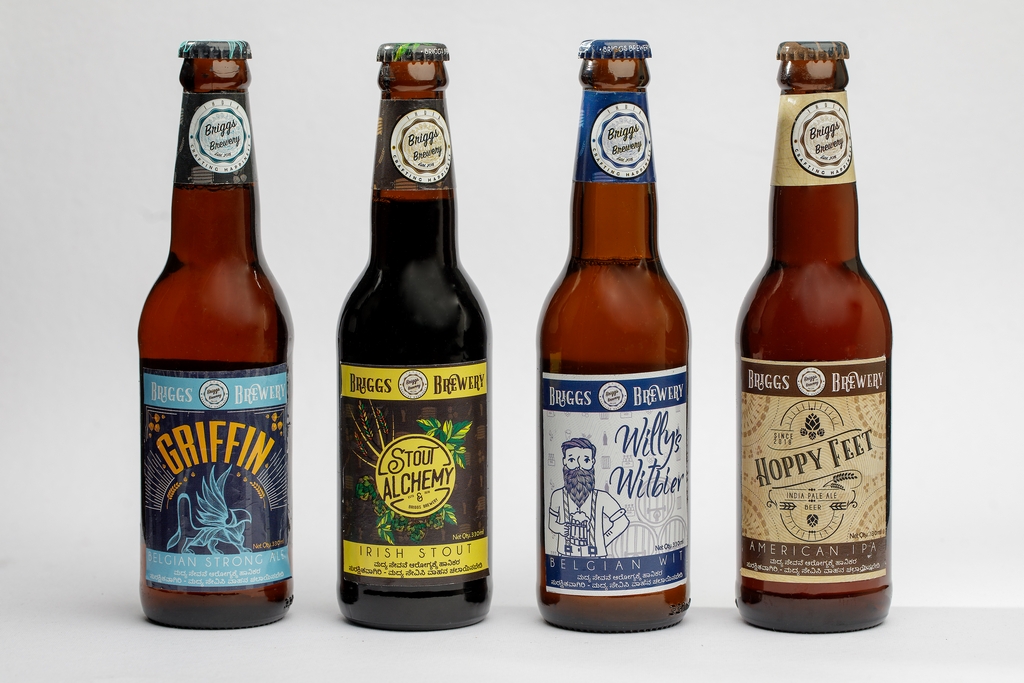 The moderate to highly bitter beer gets it signature dryness from the American grown hops used to brew them. It is a full bodied, golden beer that has a resinous flavour and has a piney or floral aroma. Perfect for colder seasons, this strong flavoured beer offers a unique drinking experience. This is what has elevated it to become America’s favourite beer.

One of India’s best-selling craft beer varieties, the Witbier originated from an age-old tradition of spicing local beers with Coriander and Orange peels in the farmlands of Belgium. Literally translating to “White” beer, this is a light coloured, light-bodied drink with a low bitterness profile. Their rendition of this classic uses malted and unmalted wheat, oats and a secret blend of spices to give it a signature hazy white look and unique flavour.

This full-bodied black beer has a deep flavour of roasted barley with hints of chocolate, caramel and coffee. A moderate degree of roasted malt aroma combined with the medium to medium-high bitterness of the hops gives the stout it’s character. The dark chocolate or roasted-coffee like flavours lingers after the beer is drunk.

Visually similar to the Belgian Witbier, the Strong Ale has a higher alcohol content yet is delicately flavoured. Fruity, with an artfully balanced hop flavour and aroma it suits a wide variety of palettes. This beer has a hint of spiciness and a dry finish.

Pasta in tomato sauce with Ricotta

Experience the Hospitality of Taj at Home