The Legacy of Swiss Chocolates

Why do we love Swiss Chocolate?

Swiss chocolates are famous across the world, and with good reason. The nation has a long history of excellence in the field, and many of today’s chocolatiers still use traditional recipes and make sweet treats by hand. Did you know your favourite chocolate brands like Nestle, Lindt, Toblerone are all Swiss! 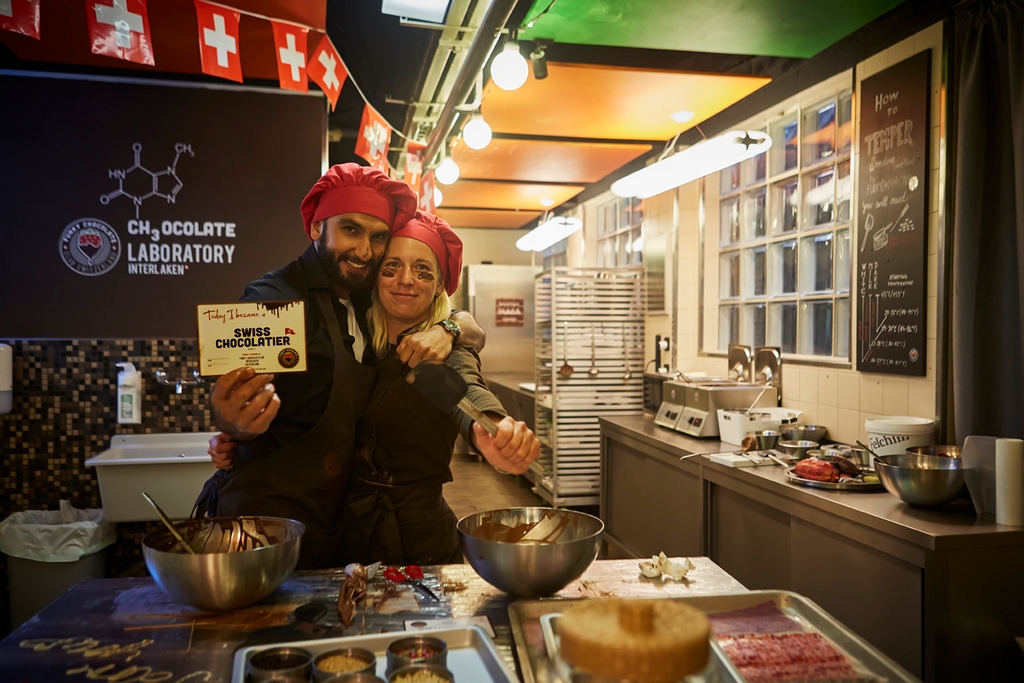 Over the years, this delicious Swiss treat, with origins stemming from ancient Aztec tribes, gained immense popularity across the world. Here are some interesting facts about Swiss Chocolate:

1) Swiss are the pioneers in making chocolate

Switzerland is one of the first countries to have produced chocolate! In 1819, François-Louis Cailler opened a mechanised production facility in Corsier-sur-Vevey above Lake Geneva. Next was Philippe Suchard in 1826 who set up a chocolate factory in Serrières, in the canton of Neuchâtel. Followed by Daniel Peters and Henri Nestle (Founders of Nestle), Rudolph Lindt (Lindt) and Theodore Tobler (Toblerone) by the end of the 19th Century!

2) Our beloved milk chocolates found their origins in Switzerland!

In 1875, Daniel Peter, Founder of Nestle, combined milk with chocolate. After numerous attempts in his Vevey factory, he discovered the perfect mix, which quickly became a huge success – and one that would link Switzerland to chocolate forever.

The texture of Swiss chocolate has another element that guarantees its success. Its smooth and creamy character is the result of an innovative technique known as ‘conching’- a technique developed by Rodolphe Lindt to create the first ever melt-in-the-mouth chocolate. Conching homogenised the product and helped create flavour. He filed a patent for this process in 1879, when he was running a manufacturing company in Bern. 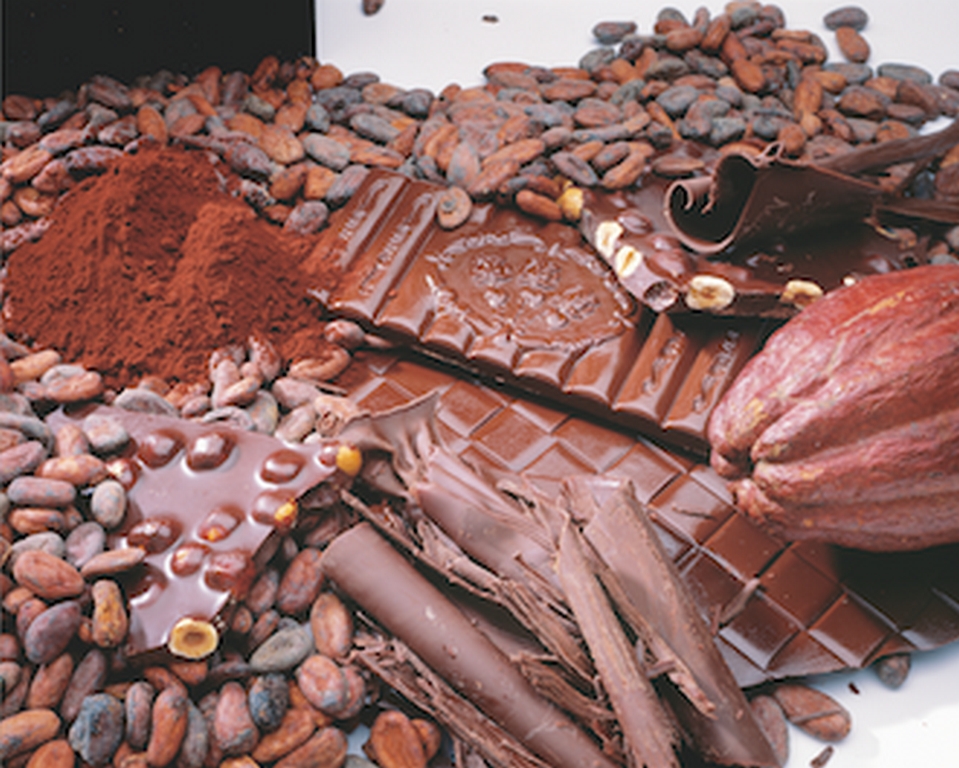 4) A creative industry always on the lookout for innovation

The Swiss chocolate industry is founded on tradition but is always looking to break new ground. It’s one of the secrets of its success. Apart from the milk chocolate and the conching technique- Swiss people have given the world numerous new recipes and techniques ever since- maybe the most important one- tempering of the chocolate.

Did you know- the inventor of the chocolate chip cookie sold the recipe to Nestle in exchange for a lifetime supply of chocolate!

The Swiss are well known for their high-quality standards. This high quality is of course extended to their most famous export, chocolate. In fact, this quality is not only reflected in the selected raw materials but is also linked to the expertise in this sector. According to Chocosuisse, good-quality chocolate should melt on the tongue without becoming hard or leaving a sandy feeling in the mouth. A person should be able to savour the well-orchestrated, subtle and delicate flavour of the chocolate, without any aftertaste. The mission of the Chocosuisse association – made up of 18 companies – is to ensure quality.

6) Swiss people themselves consume a great deal of chocolate

The Swiss eat more chocolate than any other nation in the world – they eat a record of around 11kg per year. Chocolate is a major Swiss export; with 18 Swiss chocolate companies, Switzerland exported almost 115,500 tonnes of chocolate in 2015. 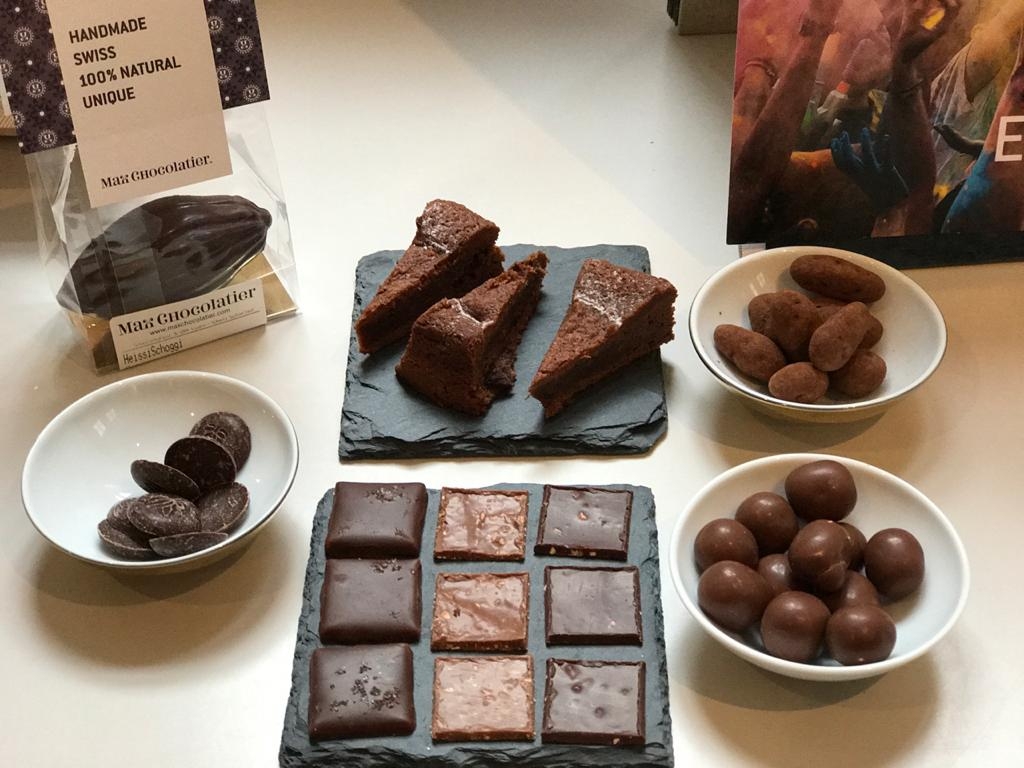 When in Switzerland, you can head to the Funky Chocolate Club in Interlaken to discover the art of chocolate making just like our beloved actor- Ranveer Singh did! In the club’s Chocolate Factory, you will be supplied with aprons, chef, hats and all the ingredients needed to step into the shoes of a real chocolatier. One can learn all about Chocolate making and even create their own chocolate masterpiece!

Chocolate is known to have extremely soothing properties and is a known brain stimulator. So the best thing to take your mind off the news today would be to grab a bar of Swiss chocolate to uplift your mood and relax!